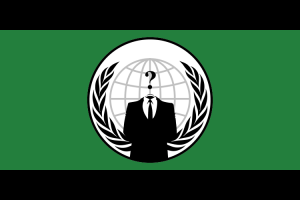 Twenty-five alleged members of Anonymous were arrested in a worldwide sweep Tuesday, according to Interpol, the International Criminal Police Organization.

Anonymous, which The New York Times characterizes as a “loose-knit … hacker movement” cannot actually be defined with any degree of certainty due to the fact that anyone and everyone can call themselves a member of Anonymous.

However, the group has become infamous for organizing and/or taking credit for a series of “hacktivist” operations where entities were deliberately targeted for attack.

In a statement, Interpol said that arrests occurred in Argentina, Chile, Colombia and Spain by national law enforcement personnel who were working with Interpol’s Latin American Working Group of Experts on Information Technology Crime.

The suspects are accused of planning coordinated cyber attacks on various institutions around the world including the Colombian defense ministry and president’s websites, the Endesa electric company of Chile and their national library, and the websites of Spanish political parites, among other targets.

According to the Associated Press, those arrested ranged widely in age from 17-years-old all the way up to 40 and were the result of an ongoing investigation which began in mid-February.

Interpol reports that the investigation has already resulted in searches in 40 locations across 15 cities and the seizure of 250 pieces of “information technology equipment” and cellular phones.

According to police in Spain, four of the 25 individuals arrested were suspected of hacking Spanish political party websites and two servers in Bulgaria and the Czech Republic used by the group have been blocked.

They claim that one of the four individuals arrested was actually the suspected manager of Anonymous computer operations in both Spain and Latin America.

This individual, identified solely by the aliases “Thunder” and “Pacotron” along with his initials, would be quite a high value target if he indeed is the “manager” of such operations.

However, the distributed nature of Anonymous makes me suspicious of any claims that they could catch a “manager” given the non-hierarchical nature of the group and the fact that they would likely avoid putting any inordinate amount of power or information in the hands of just one person.

The four suspects spoken of by the Spanish police are accused of carrying out denial of service (DOS) attacks, defacing websites and publishing data about the police who were assigned to the royal palace and the office of the premier on the internet.

The mainstream media’s coverage of Anonymous has been marked with abject ignorance, but it appears that they have begun to grasp what the group is about and how it is made up.

“Anonymous has no real membership structure. Hackers, activists, and supporters can claim allegiance to its freewheeling principles so it is not clear what impact the arrests will have,” the Associated Press wrote.

The Associated Press coverage mentions talk of a possible revenge attack on the Interpol website and at the time of writing they reported that “the police organization’s home page appeared to be operating normally late Tuesday.”

However, when I attempted to access the page at 8:17 PM Pacific Standard Time on February 28, it was in fact completely offline as confirmed by several services utilizing servers across the world.

Anonymous has been around for quite a while now, although their activities have become growingly political in nature over recent years.

What could be perceived as one of their greatest successes, and thus humiliations for law enforcement, was achieved earlier this month when members of Anonymous were able to listen in on a conference call between the American Federal Bureau of Investigations, Scotland Yard and other foreign police entities.

The call, which you can listen to below, was dealing with the agencies’ joint investigation into Anonymous and similar groups.


Anonymous doesn’t seem to be phased by this latest attempt to cripple the group, with one Twitter account claiming to be associated with Anonymous in Brazil said, “Interpol, you can’t take Anonymous. It’s an idea,” according to the Associated Press (I was unable to locate the tweet myself).

Indeed this seems to be something that police agencies around the globe are missing. Arresting a handful of hacktivists isn’t going to do anything, in fact, it will likely just embolden them.

If they really want to stop Anonymous, they’ll have to stop giving Anonymous a reason to do what they are doing.

Previously I have been critical of Anonymous and the related Lulz Security, or LulzSec, group due to the fact that their activities can be used by politicians to fight internet freedom.

Similarly, I see the Anonymous attack on the Central Intelligence Agency (CIA) to be similar in its pointlessness.

The attack, carried out earlier this month, achieved absolutely nothing and only served to give more support to people like Senator John McCain who are pushing to give the National Security Agency and military more control over the internet.

If Anonymous really wants to make a difference I believe that they shouldn’t be adding fuel to the anti-internet freedom fire by carrying out attacks which are best characterized as “skiddie” or “script kiddie” attacks.
http://theintelhub.com/2012/02/28/international-raids-result-in-arrests-of-25-suspected-anonymous-hackers/