The Facts: Joseph Mcmoneagle, one of the most successful Army-trained remote viewers, peered into the past to look into the possible origins of human history. He saw that we were created by intelligent beings in what he called a 'laboratory.'

Reflect On: Why is the mainstream story of human history still limited to Darwin's Theory of Evolution? Why have so many discoveries, like giants, and life on other planets, been completely concealed and brushed off as a conspiracy theory?

This continues to happen in many different fields of knowledge; when you question beliefs that have been ingrained for so long you get a harsh response, and in some cases, you’re liable to be fined, put in jail or at the very least you receive tremendous amounts of hate and censorship.  What we don’t hear about is the fact that there are several hundred scientists, if not several thousand, who have spoken up against the scientific validity of the theory of evolution.  I recently wrote an article about more than 500 scientists coming together to reject Darwin’s theory of evolution and explain why it’s not really valid at all. 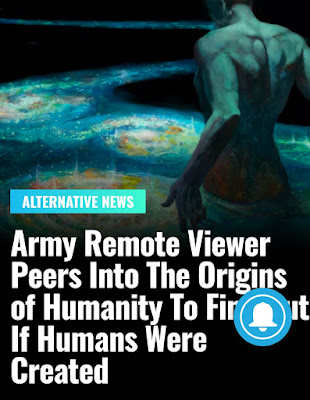