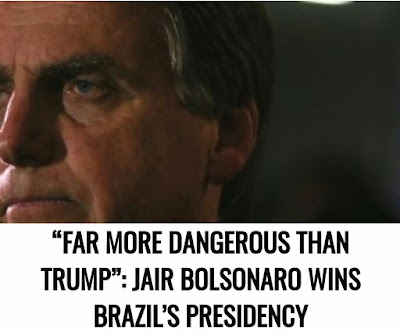 “This is a dark day for Brazil; Brazilian democracy is now in complete crisis,” Center for Economic and Policy Research Co-Director Mark Weisbrot warned tonight. “The international community must help preserve Brazil’s democratic institutions and stand up for the rights of its citizens by letting Bolsonaro know that there will be consequences if he follows through on his dangerous and hateful rhetoric.”