Chemical and Biological Response Units show up at the Occupy Wall Street Protests.
生物化學反應隊單位出現在佔領華爾街抗議
We have now confirmed that there were at least 100 of these units essentially surrounding Liberty Park in NYC.
我們現在已證實，至少有100個這些單位基本上在圍繞紐約的自由公園。

The idea that these were just a few Marine tourists is 100% disinformation. These units were stationed near the protests ON PURPOSE.

The unit was initially reported as part of the Department of Homeland Security but new information seems to indicate that this may have actually been a Marine Unit though we have not confirmed that at this time.
單位初步報稱是國土安全部的一部分，但現在新資料似乎指出，這實際上可能是一個海事單位，雖然在這個時候我們還沒有證實到。
Fundraiser To Help Us Cover The Costs Of On The Scene Reporters At The Occupy Wall Street Protests – This Info Came From On The Scene Reporting!

Regardless of who it was, the fact that government and the corrupt CIA funded and controlled NYPD actually believes that chemical and biological response units may be needed during the so far peaceful Occupy Wall Street Protests is absurd unless the police plan to use these weapons themselves.

While there are many good, hardworking police officers, the fact remains that a growing minority(majority in certain cities) of police officers have become absolute tyrants doing the dirty work for the banksters.

Alexander Higgins, who is on the scene reporting for his blog and The Intel Hub, has also released video footage of police brutality given to him by one of the protesters. 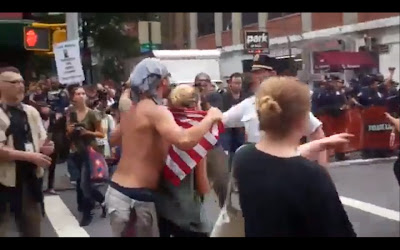 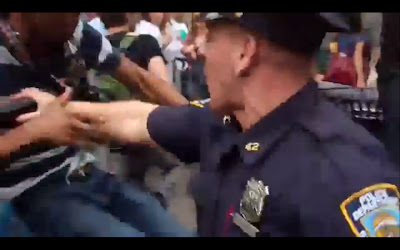 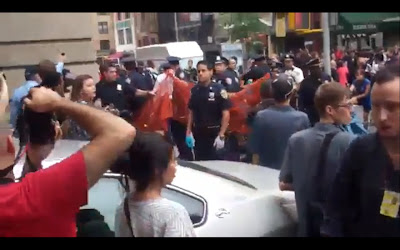