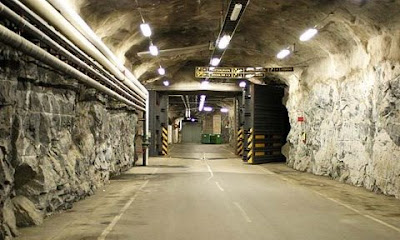 At least 13 very powerful underground explosions rocked the United States Midwest in the last 48 hours. They registered as small shallow earthquakes with the USGS. Many of the underground high explosive detonations registered as 2.6 magnitude earthquakes. The U.S. military is said to be sealing off the tunnels so that the Globalists and the U.S. ghost government (Federal Reserve Bankers, FEMA, DHS, CIA) can’t run and hide from what is predicted to occur within 48 hours of September 27, 2011.
在過去 48小時，至少有13次非常強大的地下爆炸震撼了美國中西部，美國地質調查局登記為小的淺層地震，許多地下高能炸藥爆炸登記為 2.6級地震。美國軍方據說封閉了隧道，使全球主義者和美國影子政府（聯邦儲備銀行家、聯邦緊急事務管理局、國土安全部、中央情報局）不能鬆人並隱藏，從預計將會在2011年9月27日48小時內發生的事。
Officers in the U.S. military didn’t seem to be aware of Obama and the Globalists’ planned converging on Denver for a DEFCON 1 (nuclear war imminent) “cocked pistol” drill. An email was sent to the U.S. Air Force Office of Special Investigations on September 21, 2011 to alert them to planned false flag nuclear detonations on U.S. soil in the American Midwest. The U.S. Air Force Office of Special Investigations were the ones who raided Citadel Gun and Safe Store in Las Vegas on August 21, 2011 to recover stolen nuclear warhead detonators. They were the ones who intercepted the transfer of improvised nuclear warheads by the CIA in the tunnels that connected the Deep Underground Military Bases on August 23, 2011. The improvised nuclear bombs (W54 style warheads) were being transfered via those tunnels to Washington DC and New York City when they detonated during a firefight between U.S. military personnel and CIA/DHS/FEMA operatives. It would appear that the U.S. military had a deadline to meet and has already damaged, destroyed or sealed at least 13 underground tunnels or bases. Perhaps their incentive was the fact that Obama, his shadow government and the Globalists made plans to save their own hides and leave the rest of use to fend for ourselves. Perhaps they investigated and confirmed that another false flag nuclear detonation was imminent and acted accordingly to prevent it. 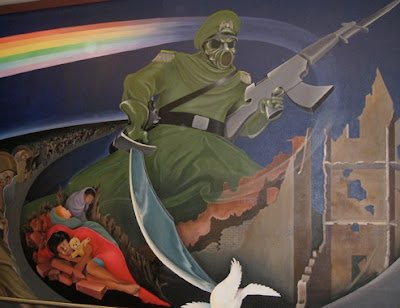 Barack Hussein Obama and his family will be leaving Washington DC early next week and will be heading to Denver International Airport. Obama isn’t taking a International flight from Denver he will be joining other Globalist leaders at the Denver New World Order headquarters. You won’t see them because they will descend underground. Why underground? One reason could be the Comet Elenin Earth Sun alignment on September 26-27, 2011. Another is CIA (Knights of the Holy See) false flag nuclear detonations in the United States Midewest.

NASA recently warned its people to prepare for an outside threat event. In his warning to the NASA families he mentioned that NASA recently participated in a FEMA exercise called EAGLE HORIZON! The 2011 Eagle Horizon exercise, that took place during the week of June 20, dealt with the process by which government transfers all aspects of authority including the personnel responsible for operations, the facilities that will be used, and even the maintenance of oil, gas and mineral operations throughout the country. An outline of the EH11 exercise has been released by the U.S. Department of the Interior Bureau of Land Management:

“This year, EH11 will continue with the EH10 scenario, an improvised explosive device (nuclear) exploded in the Midwest. Threats to other regions of the country will prompt transfers of leadership, authorities, and relocations to alternate facilities in order to continue business operations.”

“The focus of EH 11. are two aspects of devolution: planned and unplanned. How we devolve the Washington and State office operations is the focus of EH11. Planned is when, based on the threat, there is time to move leadership and key operations to your alternate site . Unplanned is when the event is sudden and without warning. Relocation to your alternate facility, orders of succession, and delegations of authority are immediately implemented where necessary. Reconstitution is the restoration of normal operations from the primary or alternate location. FEMA has templates for devolution and reconstitution that will guide and assist your in developing and formalizing your future plans.”

According to the U.S. Department of the Interior Bureau of Land Management’s report the alternate site can only be Denver International Airport. Obama and his family and other Globalist leaders converging on Denver International Airport early next week is a planned devolution – “based on the threat, there is time to move leadership and key operations to your alternate site“. So is the threat the Comet Elenin Earth Sun alignment on September 26-27, 2011 or is the alignment just the official cover story for the real event – nuclear detonation by the Globalists in the United States Midwest? In any case they are planning for something big. Why else would world leaders be in recess during the Elenin Alignment on September 26-27, 2011. The Vatican’s World government body, the United Nations has an empty schedule from September 23rd through October 10th, 2011. The UK Parliament is in recess from September 15th through October 10th, 2011. The entire United States Congress is on vacation from September 25th through October 2nd, 2011. Germany’s Angela Merkel’s (Germany was the Third Reich) schedule is empty after September 25, 2011. The Roman Pope will be in Germany until the 25th but after that there is no scheduling. On Friday morning the Pope will meet with Muslim leaders in Berlin. But after his trip to Germany there is absolutely nothing scheduled after September 2011. The last schedule entry for September was ” The General Audience of Wednesday, September 21, 2011, has been cancelled.” As you can see on www. vaticantour.com.

Is it simply a coincidence that World leaders are on vacation at the same time as the planned DEFCON 1 “Cocked Pistol” maximum readiness alert drill on 27 September? A drill which will be overseen by President Obama at one the United States most secure bunkers located beneath the Denver International Airport. A drill which government transfers all aspects of authority. I don’t know about you but it looks like the rats are afraid of something and are fleeing in numbers and are retreating to their underground nests. 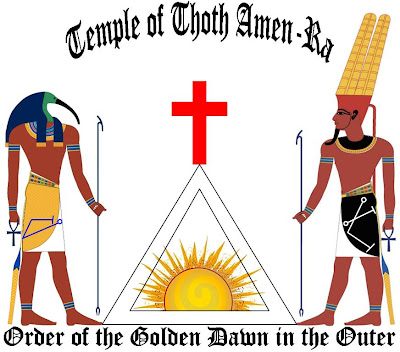 Why Denver? Denver is headquarters for the New World Order. Denver Colorado is also the official site of the Temple of Thoth Amen-Ra. From old Egyptian texts we can see that people regarded the sun as the emblem of the Creator. They called the sun Ra, and all other gods and goddesses were forms of the Creator. One of these gods was Amen; a secret, hidden and mysterious god named variously Amen, Amon, Amun, Ammon and Amounra. For the first eleven dynasties (c. 3000-1987 B.C.) Amen was just a minor god, but by the 17th dynasty (c. 1500 B.C.) he had been elevated to be the national god of southern Egypt. This position gave Amen the attributes and characteristics of the most ancient gods, and his name became Amen-Ra, that is, a supreme form of God the Creator. By the 18th Dynasty (1539-1295 B.C.) a college had been established to study Amen-Ra and as a focal point for worship. The Roman Catholic Church regards Amen-Ra as their God the Creator. The proof is in the courtyard of the Vatican – the obelisk. Egyptians have always claimed that Amen-Ra resides in the obelisk. 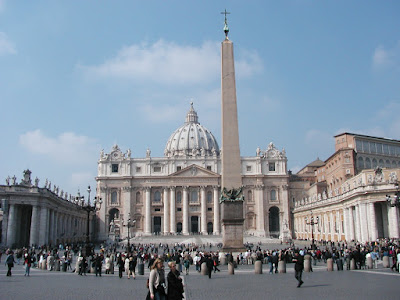