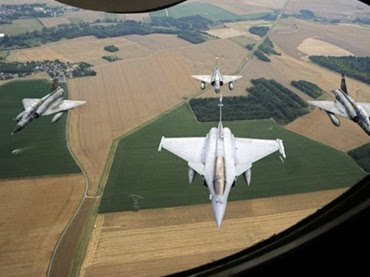 The French envoy to the UN has warned Iran that it risks a military strike if it continues pursuing its nuclear program.
法國駐聯合國特使警告伊朗，如果它繼續推行其核計劃，會引起軍事襲擊的風險。
"If we don't succeed today to reach a negotiation with the Iranians, there is a strong risk of military action," Ambassador Gerard Araud said on Tuesday during a panel discussion at the UN’s New York headquarters, AFP reported.
“如果我們今天沒有與伊朗成功達成談判，有強的軍事行動風險，”週二在聯合國紐約總部的一個小組討論期間杰拉德Araud大使作出表示，法新社報導。
The strike, he said, "would be a very complicated operation. It would have disastrous consequences in the region… all the Arab countries are extremely worried about what is happening."
他說該打擊“將是一項非常複雜的的行動，它會對該地區造成災難性的後果...所有阿拉伯國家都在非常擔心發生中的事情。”
Last Sunday, Russian Foreign Minister Sergey Lavrov called on Iran to "freeze the production of centrifuges," saying that such a step would prevent fresh sanctions against it.
上週日，俄羅斯外長拉夫羅夫致電伊朗去“凍結離心機的生產，”說這樣的一步驟將防止反對它的新制裁。
“In response we will abstain from imposing more sanctions, both at the UN Security Council and unilaterally,” the diplomat said in a CNN interview.

On Tuesday, Mr. Lavrov stressed the need to find a diplomatic solution to the issue.

“We don’t see any alternative to a political and diplomatic solution and taking concrete steps towards renewing of talks,” he said in an address to the United Nations General Assembly in New York.

Earlier this month, the UN nuclear watchdog published a report on developments after Teheran allowed an inspector to enter some of its nuclear facilities which had previously been closed. Moscow believes that Iran’s latest moves show positive changes in its attitude to the UN’s control of its nuclear program, which the international community should encourage.

"There have been new developments with regard to Iran's nuclear issue and also other issues," Salehi said in a meeting with EU Foreign Policy Chief Catherine Ashton on the sidelines of the UN General Assembly.

Cheney told Newsmax TV that "Iran represents an existential threat and [the Israelis] will do whatever they have to do to guarantee their survival and their security.”
http://rt.com/news/military-strike-iran-france-567/