Wherever there is ample jungle and large swaths of uncharted wilderness we tend to get the occasional accounts of what can only be described as living dinosaurs, still existing beyond civilization as they have for millions of years. Of course the most famous place for such accounts are the jungles of Africa, as I have written of here recently, but such creatures also pop up in South America, the United States, and others. Joining the ranks of supposed real life Jurassic Parks are the wildernesses of Indonesia and Papua New Guinea, which have long had their own reports of dinosaurs lurking in the wilds.

From within the uncharted interior jungles of the Indonesian island of Nusakambangan come reports of some sort of bipedal dinosaurian monstrosity known locally as the Kawuk. The habitat itself is incredibly isolated, sparsely populated and choked with tangles of impenetrable jungle, and among the thrumming myriad wildlife to be found here is something quite strange indeed. The Kawuk is said to be a giant lizard, around 5 feet in height when standing and similar in appearance to a massive monitor lizard or Komodo dragon, with the difference being that this creature travels about on two legs. The mostly nocturnal creatures are said by locals to favor raiding fresh graves, feasting upon the corpses before scurrying back into the wilderness, and they are renowned as being very aggressive, quick to attack even unprovoked. 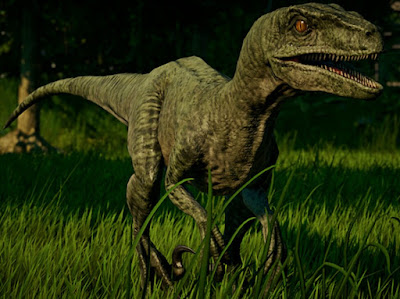 Although sightings of these mysterious denizens of the jungles have been going on for ages, they were pushed into prominence in 2014 with a sighting made by a fisherman guide on the island. The guide, known only as Heri, ws out with a group of friends when they purportedly saw a pack of the creatures circling the corpse of a recently deceased friend. There were allegedly around ten of the creatures moving in, which prompted Heri and company to have the corpse moved so that it wouldn’t be devoured. Some of the theories as to what the Kawuk could be include that it is some very large undiscovered monitor lizard or even a remnant population of some sort of theropod dinosaur such as the velociraptor. The problem with this explanation is that it has been surmised that these types of dinosaurs were probably feathered, whereas the Kawuk are never mentioned as having feathers. Is this just legend and lore or something else? Who knows?

Another possible living dinosaur of Indonesia is what is called the Orang Bati, a flying creature said to inhabit the wilds of the island of Seram. Frightened locals here have long told of winged beasts often described as looking sort of like apes with wings. The creatures are said to spew forth from their volcanic cliff lairs at night to descend upon the land and carry off infants, small children and livestock. The creatures reportedly have black, leathery wings and glowing eyes, and have been seen cruising the skies by outsiders as well, with missionaries to these jungles reporting them since the 15th century.

One famous modern eyewitness account was made in 1987 by English missionary Tyson Hughes, who at the time was living amongst the local Moluccan tribe and claimed to have seen one of the fierce creatures himself. It has been speculated that these are nothing more than large flying foxes, which the island teems with, but the tribes-people say the bats are different than the Orang Bati, and that they are not the same. One theory is that they could be some sort of remnant population of flying dinosaurs such as Pterosaurs, but the area is so remote and so secluded from civilization that it is difficult to really get access to new sightings and expeditions into the region are rare. 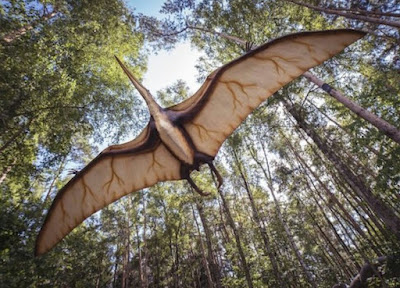 Another island area with its share of supposed living dinosaur reports is Papua New Guinea, also a primordial land of unexplored forests and thick wilderness. Apparently the region called West New Britain has long had some sort of mysterious semi-aquatic dinosaur creature prowling its jungles and waterways, called the Kaiaimunu. There have supposedly been some rather recent sightings of the beast, such as the 2005 account from a witness called Robert, who said it had a long neck and tail, a turtle-like head, and as being around 40 to 50 feet in total length, with smooth brown skin and walking on two legs. The creature was observed to be eating vegetation and when it was finished it entered the water and swam away. The witness would later be shown a book of dinosaurs and point out the picture of a “Therizinosaurus” as most resembling what he saw, although he said the head looked different.

Also in 2005 was a sighting made by a couple named Margaret and Simon Patolkit as they were visiting on the beach at the uninhabited Dililo Island when they spotted a reptilian creature estimated as being around 65 feet long and having a long neck and a head “like a dinosaur with an oval face.” The creature’s skin was described as being reminiscent of that of a crocodile, and it possessed some sort of dermal frill down its length, as well as something “protruding from the back of the creature’s head.” The monster was seen briefly before retreating into the water and sinking down into the depths. The Kaiaimunu has been by other witnesses as well, including on one occasion swimming between Ambungi Island and Alage Island with its head above the water, and on another lounging about on some rocks near the water. Is this some sort of surviving sauropod dinosaur? 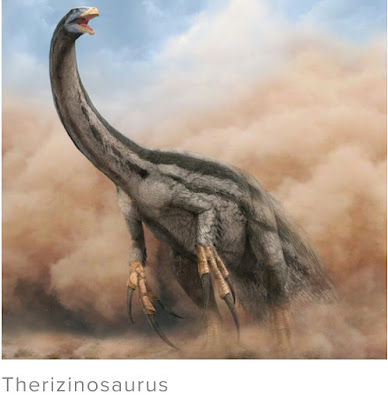 Also from British New Guinea is a curious account from explorer C. A. W. Monckton, who in 1910 saw something rather bizarre as he was ascending the remote Mount Albert Edward. As he travelled his perilous route he purportedly came across humongous tracks from what appeared to be an enormous reptilian creature of some kind, which he would call the Gazeka. He would later allegedly come across a village of pygmies under attack by some sort of monstrous beast, which spurred him into action, firing upon it. One newspaper account of the encounter reads:

"The huge Gazeka at once turned upon him. As it reared upon its hind legs and pawed the air it looked to the hunter as big as a house, standing fully 25 feet high. Two of Monckton’s bullets seemed to take effect, as a stream of blood flowed freely from the animal’s shoulder, but before Monckton was able to reload the animal turned and fled. By that time it was too dark to follow him, and Monckton never had another opportunity to renew his pursuit.

Interestingly this spectacular account does not appear to be mentioned in any of Monckton’s own journal entries, leading one to suspect that the newspaper report was perhaps being a bit creative on a slow news day. In all of these cases we are left with really no evidence to go on, and it merely further propels cases of living dinosaurs into the realm f speculation. Can any of these be real? Is it at all possible that dinosaurs could still exist in the most remote realms of our planet? Whatever one may think, the reports come in, and leave us scratching our heads. 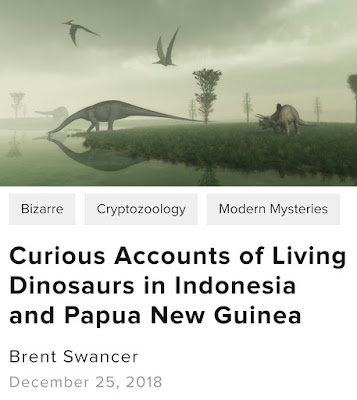