關於所有中央銀行受控國家的真相：這是金融體系如何真正運作的方式
The Truth About All Central Bank Controlled Nations: Here’s How The Financial System Really Works 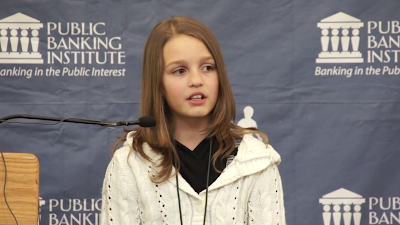 The Facts:Multiple nations have been subjected to control by central banks. It is not governments that control nations, it's the financial elite and those above them. Governments are simply tools of central banks, one method of controlling the population.

Reflect On:Have we really come to grips with how our society works? Can we see through the illusion of democracy that's presented to us? Can we see that we are literally just giving our money away to the powerful elite?

The website endthefed.org introduces us to the Federal Reserve as follows:

The Federal Reserve, “the Fed”, is the central bank of the United States of America that was created in 1913 by Congress. It is a banking cartel that has a government-granted monopoly on the creation of money and credit. The Fed literally loans “money” (Federal Reserve Notes) into existence. Federal Reserve Notes are paper promises backed by nothing of intrinsic value and they are only functioning as money because the government forces them on the public through legal tender laws. Federal Reserve Notes are referred to as dollars but are not. The definition of a dollar is a weight of silver (371 grains). To put it simply, the Fed is a group of banks running a national counterfeiting operation with the protection of the government.

This characterization, it would seem, has been growing into the public awareness more and more since G. Edward Griffin’s ‘The Creature From Jekyll Island’ became widely known.

What To Replace It With?

An article in Forbes entitled “Assuming We ‘End The Fed,’ What’s The Next Step?” makes the case that there is no point ending the Fed—which author Nathan Lewis actually says he wants—if we have nothing viable to replace it with.

If you want to End the Fed, you need to create a vision of what would replace it. It needs to be a sound vision, not one with obvious problems, because nobody is going to risk it all to overturn the existing order for something that is clearly a pile of horse poop.

In my research of this article and others, much was spoken about inflation and other such variables for which people argue both in favour of and against the Federal Reserve. But I wonder if such mainstream articles serve as part of the controlled opposition, swaying people away from those questions that are most important?

To me, a logical question to ask is: “Why does the U.S. government need to pay interest to the Federal Reserve to have new currency put into circulation?” But in all my scraping and searching around the internet, I have not found a single, solitary answer from a proponent of the Federal Reserve System, not even a lame or bad answer.

The question is simply avoided. And for good reason, if the only possible conclusion I can come to is true: All of this interest goes into the hands of the hidden, private controllers of the Central Banking System. Can you even imagine the amount of money we are talking about? How is it possible that this continues to exist? Where is our outrage?

Observations Of A 12-Year Old Girl
In Canada, a young 12-year old girl named Victoria Grant observed that the Bank of Canada operates in much the same way as the Federal Reserve in that the government–meaning the public taxpayer–has to pay interest on all money put into circulation.

Allow me to explain how our private banks and government work today: first the Canadian government borrows money from the Private Banks. They then lend the debt based money to Canada, with compounded interest. The government then continues to increase taxation of Canadians, year after year, in order to pay back the interest on the exponentially growing national debt. What results is inflation, less real money for Canadians to spend into our economy, and the real money being used to pad the pockets of the banks.

The passage comes from the following must-watch video, where Victoria elucidates clearly and succinctly the problem we faced in Canada in 2012, reflective of ALL Central-Bank controlled nations: 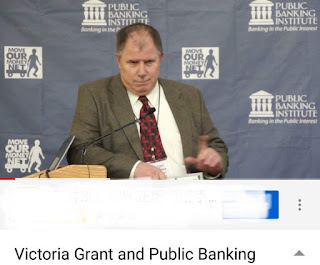 If you were in the room during her speech, or even if you had seen this video in its early days on Youtube, you might have thought that the days of private Central banking were numbered, based on the pristine clarity of Victoria’s scathing indictment.

However, six years later, the fact is that the Bank of Canada is still private. And the Federal Reserve still reigns. We are literally giving our money away to a rich and powerful elite. And this seems acceptable to us. Why is this the case? 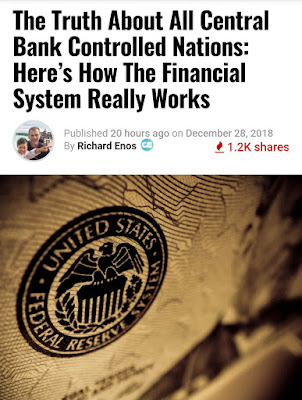