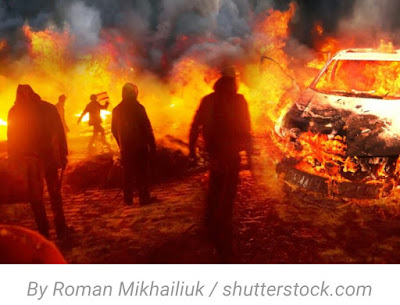 International security adviser Olle Fjordgren sees Sweden as a runaway freight train heading for a rock wall.
“We have basically given up and the criminals have seized power. Right now we have nothing to oppose and I can’t see that we could reverse the development,” he tells news blog Ingrid & Maria.
Already 2013, Sweden was in a low-intensity civil war which the criminals were winning, according to Fjordgren. Now, five years later, they have won in many areas that he believes are rightly called no-go zones.
Political unwillingness to admit how bad things are, in combination with inability and ignorance, has led to Sweden being very close to becoming a failed state.
Society plays by old, outdated rules. The police are patrolling in the traditional way, while the opposing side, the criminals, play by completely different rules.
According to him, the recipe against this is zero tolerance as per the New York model. The judiciary must incapacitate these dangerous people and get them off the streets, that is the only way to get to the problems.
The “pity” model, with coddling, coffee and buns, he does not think much of. It is up to the residents themselves in the exclusion areas to step up, quit doing drugs and leave a life in crime. Everyone is responsible for themselves.
If this continues, Olle Fjordgren sees only one possible development in the extension – civil war. It may start in the exclusion areas, or when the Swedes finally get enough and decide that there is no other way out than to take up arms.
He emphasises that it is not too late, even if the clock has reached five minutes to midnight. But then politicians must take courage and stop putting their own interests first.
It has come to this because of an unfortunate combination of voice fishing, curry favouring of migrants, and racist accusations as soon as someone challenges the problems.
The politicians must be prepared to act resolutely if we are to have the least chance of breaking the development, he concludes. 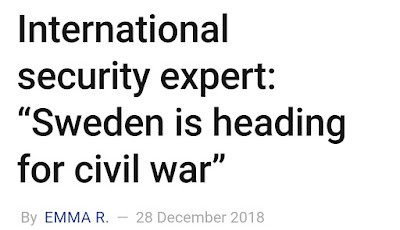