Yes, I’m going there, and here’s why: To understand the evil motivations of another human, one must explore their psyche to see how and why they operate the way they do. When reviewing the Clintons‘ countless money laundering and pay-to-play schemes, one may ask, what the hell do they need all of this money for? Well, buying people off requires a lot of money. And why do they need to buy people off?  Simple: the Clintons‘ thirst for power is insatiable. Let me say that again: the Clintons‘ thirst for power is insatiable. So much so that they stop at nothing to get what they want while enjoying the stain of destruction they leave along our path. In fact, their hunger for power is so strong, they even seek assistance through the help of voodoo and black magic with the hope of ensuring outcomes. 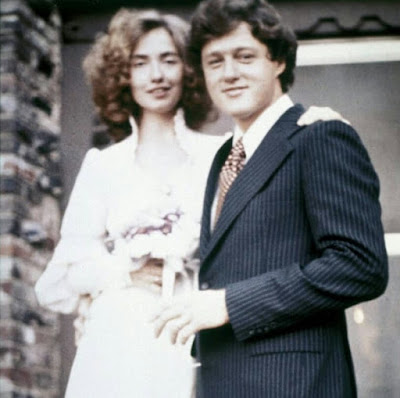 Some may already be aware of Bill and Hillary Clinton’s experience with voodoo from the passage in Bill Clinton’s memoir “My Life”. However, I don’t believe anyone is aware of their dark secret regarding the former President of Haiti, Jean-Bertrand Aristide and his black magic. Did someone say secret? Shhh

Surely their story begins long before the 70’s when it comes to their lust for power and the dark arts, but this journey begins in 1975 when the Clintons took their first trip to Haiti shortly after they married. Bill Clinton found a particular experience to be “the most interesting day of the trip”, and he decided to include it in his memoir. Bill, Hillary, and their friend David Edwards had the opportunity to see voodoo in practice in a village near Port-au-Prince. The priest was Max Beauvoir, who had abandoned his career as a chemical engineer when his voodoo-priest grandfather died and named him as his successor.


Beauvoir gave them a “brief course in voodoo theology” as Clinton described it. Later that afternoon, the ceremony began. Clinton wrote:

“After several minutes of rhythmic dancing to pounding drums, the spirits arrived, seizing a woman and a man. The man proceeded to rub a burning torch all over his body and walk on hot coals without being burned. The woman, in a frenzy, screamed repeatedly, then grabbed a livechicken and bit its head off. Then the spirits left and those who had been possessed fell to the ground.”
Clinton wrote that his “brief foray into the world of voodoo” furthered his fascination with “the way different cultures try to make sense of life, nature, and the virtually universal belief that there is a nonphysical spirit force at work in the world.”

Clinton had recently lost the race for congress and Arkansas was about to have an opening for attorneygeneral, so he was trying to decide whether to give it another run.
“By the time we got back from Haiti, I had determined to run for attorney general,” Clinton recalled. This time, he won – and was on his way to the White House.
One lesson he took from Haiti, he wrote: “The Lord works in mysterious ways.”

Yes, the Lord does work in mysterious ways Bill, and I don’t think a voodooceremony is going to save you now.
This was potentially the early stages of the Clintons intrigue into the world of voodoo, and they returned several times to Haiti for voodoo ceremonies (and black magic) to assist with Bill’s elections. This may sound like a contrived story, but this has been confirmed by Haitian officials and priests, in addition to my source, a native of Haiti. It is important to understand that surveys have put the number of voodoo adherents in Haiti as high as 85 percent, even among the educated classes, and Houngans (a voodoo priest) are even more important in the Haitian capital than psychiatrists are in Washington, D.C.
The stories that follow were reported in the Haïti Observateur, but were kept from mainstream news in the U.S.. There were a handful of local sources in the U.S. that picked up the story over time. However, there are some interesting details that were not reported, and an event that followed that has not been reported on.
Excerpts from WND’s report covering the Haiti Observateur from 1998:

PORT-AU-PRINCE, Haiti — In this land where witch doctors carry more clout than conventional PhDs or professional campaign advisers, the average citizen has been provided a mind-boggling explanation for why Bill Clinton so handily beat President George H. W. Bush in 1992, triumphed to re-election easily in 1996 and is now facing impeachment.
Acting on the advice of a “houngan” or sorcerer, supplied by then-exiled President Jean-Bertrand Aristide, Clinton did not change his underwear the last week of the 1992 campaign, voodoo practitioners say.

The same houngan also cast a “malediction” on President Bush by manipulating a doll made in the president’s image, goes the story. The torment climaxed when the houngan caused Bush’s projectile vomit into the lap of the Japanese prime minister as the world press looked on, disgracing him with the public.
Rev. Gerard Jean-Juste, who was a priest in Aristide’s entourage, claimed that Aristide had developed a powerful grip on Clinton’s psyche through the power of voodoo.
Former President George H. W. Bush under a spell of nausea, vomits on Prime Minister of Japan: 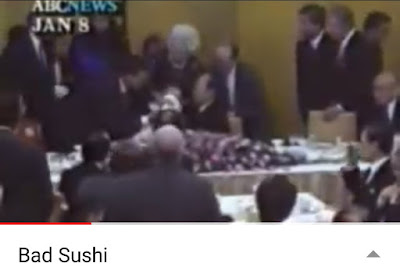 But it didn’t end there, as WND continued:

Both Haitian officials and the Haiti Observateur stated that Clinton reaffirmed his faith in voodoo during his March 31, 1995 visit to the island. The official purpose of the visit as told by the American media was to celebrate Haiti’s supposed “return to democracy. ” However, the Haitian press had a much different story. The headlines of the March 29, 1995 issue of the Haiti Observateur read: “CLINTON ASSISTERA A UNE CEREMONIE VAUDOU EN HAITI” (Clinton to assist in a voodoo ceremony in Haiti). The story, confirmed by Haitian officials, stated that initiating Clinton under the power of voodoo had two purposes — to render him impervious to the attacks of his Republican enemies in Washington, and to guarantee his re-election. While the initiation could protect Clinton from his political enemies, they say, it could not protect him from himself.
The ceremony was said to have been hidden within a public event touted as a dedication of a monument to Haiti’s boat people. The focal point was a “magic well” concealed inside a sculptor’s rendition of a brick and concrete boat which was hurriedly constructed for the event in the vicinity of Aristide’s residence at Tabarre. 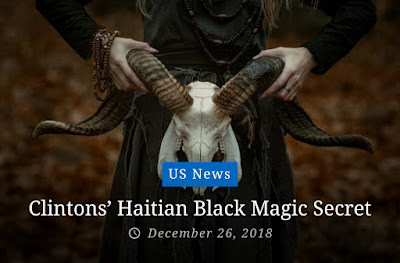