(Reuters) - The arrest of a Texas man who broke into a woman's house, threw her against a wall and tried to suck her blood over the weekend has sparked discussion over the impact of vampire books and movies on U.S. youth culture.
（路透社） - 上週末一位德州男子被拘捕，因他闖入一位女人的家、扔她在牆上及試圖吸她的血，已經引起吸血彊屍書籍和電影對美國青年文化的影響的討論。
Whether pop culture played a role in the attack remains to be seen, as 19-year-old Lyle Monroe Bensley awaits a psychiatric evaluation in jail on burglary charges in Galveston, Texas, southeast of Houston.
無論流行文化是否在攻擊中起到作用仍有待觀察，因為19歲的萊爾夢露班斯雷在等待一份在監獄內的心理評估，對在休斯頓東南部德克薩斯州的加爾維斯頓的爆竊指控。
Found growling and hissing in a parking lot and wearing only boxer shorts, the pierced and tattooed Bensley claimed he was a 500-year-old vampire who needed to "feed," Galveston Police Capt. Jeff Heyse said.
被發現在停車場及只穿短褲咆哮和嘶叫，穿耳和紋身的班斯雷聲稱他是500歲的吸血鬼需要“餵食，”加爾維斯頓警方傑夫 Heyse說。
Vampires have been a focal point of literature since Bram Stoker's 1897 novel, "Dracula". But fascination, particularly among young people, has peaked in recent years with the popularity of the "Twilight" books about teenage vampires and the HBO series, "True Blood."
自布拉姆史托克1897年的“德拉庫拉(吸血彊屍)”小說，吸血彊屍一直是文學的焦點。但特別是年輕人中的迷戀已經在近年達到頂峰，隨著“Twilight”書籍有關年少吸血鬼和HBO系列“真血”的流行。
"I think the vampire is a metaphor for the outsider and the predator in all of us," said author Anne Rice, whose Vampire Chronicles series has captured the imaginations of horror fans since the 1970s.
“我認為吸血鬼是我們所有人中的局外人和捕食者的一個比喻，”作者安妮賴斯說，她的吸血鬼編年史系列自上世紀 70年代已俘獲粉絲的恐怖想像力。
"We're all conscious at times of being alone, of being alienated, of being a secret self that fears exposure to the judgments of others. So we feel like vampires," she told Reuters.

Bensley is now being held in the Galveston County Jail on a $40,000 bond for home burglary with intent to commit a felony.

The woman, who lived about two miles from Bensley and did not know him, escaped the attack unharmed, Heyse said.

Kevin Petroff, chief of the Galveston County District Attorney's office, told Reuters no defense attorney has been appointed to date, and if Bensley had hired a lawyer privately, no notice had been filed.

Dr. Thomas Garza, who teaches a course in vampire lore at the University of Texas, said young people might aspire to be like vampires because they cheat death and are able to stay beautiful, powerful, and youthful for eternity.

The modern vampire in popular culture is more attractive, suave, and fashionably dressed than the Old World Slavic vampires, adding to the resurgence of their appeal, he added.

"I would say that it is the Twilight saga in particular that has brought out the younger teen fans. In that connection, Edward is a very 'safe' vampire, a kind of 'starter vamp' for beginners, if you will," Garza said.

"He's pretty, yes, so the seduction's there, but he's more than reluctant to act on his and Bella's sexual desires. He can go out in daylight - and even 'sparkles' in the sun, giving him a completely non-threatening character. He drives a Volvo, for goodness sake."

While Bensley's Texas antics have captured international attention, the delusion of actually being a vampire has been a contributing factor in other criminal cases as well.

In 1996, a 16-year-old Kentucky youth obsessed with the role-playing game, "Vampire, the Masquerade," enlisted three other teenagers to go with him to Florida to help kill the parents of his former girlfriend.

Two years later, a San Francisco man claiming to be a 2,000-year-old vampire was arrested for slashing the necks of four homeless people, one fatally. A serial killer arrested in England in 1949 allegedly drank a cup of blood from each of his six victims.

Rice has interacted with thousands of fans of her Vampire Chronicles novels, but said such intense personal identification with vampires was "quite beyond me."

"My readers are romantics. They're into the poetry and the romance of vampires; they don't think they themselves are vampires," Rice said. "I have never personally met anyone in all these years who claimed to be a vampire." 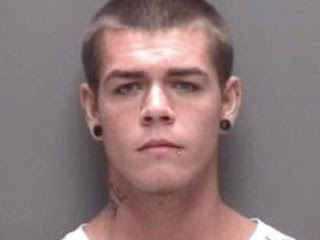