教育武器化: 轉換你們的孩童成為不道德和無知的全球主義者
The Weaponizing of Education: Transforming Your Children Into Immoral and Ignorant Globalists 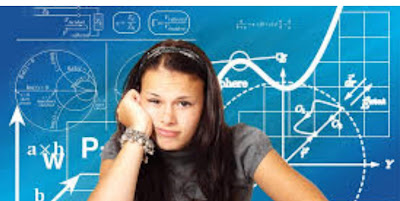 Over the past week, I have been engaged in writing about how the United States is being taken over from forces that are embedded within our country and of course, we are threatened by foreign forces.
The domestic-inspired insurgency is the most dangerous threat to our way of life because it seeks to remove the underpinnings of our society which forms the basis for which we would defend ourselves from those that would seek to enslave and destroy us.
Before one can totally subjugate a country and force-feed the cancer that we call globalism upon the American people, the children must first be controlled. For if the children are not controlled, the ruling authority could face generations of rebellion. By gaining control of the education system, which is designed to dumb down students, the ensuing resistance will have a short shelf life.
Any educational revolution must begin with undermining the system of government and turning the culture of the country upside down and this is exactly what we have seen with the implementation of Common Core as developed by the United Nations and handed off to the Obama administration.
The mainstream media would have the country believe that Common Core is dead, however, nothing could be further from the truth.
From Education Week:
The net effect of Common Core is still forced upon unsuspecting students and parents which comprises over 90% of all students. Slo the claim that Common Core is dead and buried is false and misleading.

Destroying the Culture By Eviscerating the Morals of Children

Did you know that pedophilia is a sexual orientation? At least that is what government-based school officials in California believe and they are forcing this abomination, or should I say Obamanation, down the throats of our youngest and most impressionable people.
This perversion of becoming the mainstream belief in many school districts as evidenced by what is going on in the Brea Olinda School District (BOUSD). Amazingly, district officials are not even trying to hide this outrage. At a parent-orientation meeting earlier this year, the BOUSD , stated that teaching pedophilia as a sexual orientation is “no big deal”. At least that is what Assistant Superintendent of Curricula Kerrie Torres stated in a very matter-of-fact manner, where in effect, this District, like so many others, are stating that sex between a boy and a man is indeed nothing but an expression of a sexual orientation. To make it clear, the leading officials in the BOUSD have made it clear that they are ignoring the rape laws I every state and declaring this inhumane act as a sexual orientation.
This represents the undermining of the American culture. This is the kind of propaganda that will open the door to more extremist positions that children are being forced to accept.
Yet, there is another example how children's moral fiber is being threatened.
Pretending to be teaching “media literacy” and other educational topics, there is a disguised and a new web series called the “Radical Cram School”  that is indoctrinating young Asian girls and other “people of color” into becoming radical feminists, socialists, racists, revolutionaries, anti-American zealots, and full-blown social-justice warriors." This program also promotes gender confusion and “The Resistance” against President Trump. The intent is omnipresent. Trump is associated with populism and patriotism. The globalists seek to destroy these concepts and by linking these ideas to repugnant and false charges of racism and sexism, populism and patriotism is radicalized in children's minds.  In one episode on “vocabulary” the creator of the program introduces the girls to something called “gender non-binary” and “gender fluid.” This concept, one of the young girls says, means  that a child can choose to be any gender they want to be In this program, a child is not just a boy or a girl. They typically give answers that they are “gender fluid.”

Dumbing Down the Masses

It is a well-known fact that the early industrialists, when setting up the public education system designed to make immigrant children factory ready, they had some very well-defined goals. First, they did not want to educate children beyond the 6th grade. The reason was simple, these early globalists wanted their employees to be educated enough to do their job, but not so smart that they would challenge the status quo of society. The dumbing down of America, through such practices as Common Core are accomplishing this goal. Sadly, most administrators and school board members are ignorant to the systemic demise related to the cognitive development of our children.
Even major contributors to Common Core are seeing the increasingly destructive role that Common Core is having on America;s children, especially in the area of reading comprehension. On the SAT, reading comprehension has declined by 40 points and we owe it all to Common Core.
Take the case of Common Core contributor, Dr Louisa Moats, who has lashed out at the final product.  Moats has been tirelessly criticizing the U.S. Department of Education’s increasingly detrimental role in education. In an interview with FreedomProject Media’s The Newman Report, Dr. Moatsslammed the early literacy component of the Obama-backed national standards for being deeply flawed and contributing to a national reading crisis.
An ignorant population will never know the difference when tyranny is forced upon them. Why do you think the Founding Fathers are being "phased out" of American education?
The intent to dumb down the masses takes a quantum leap forward with the following:

As government education gets more and more dumbed down, lawmakers in North Carolina are working on legislation to cement a grading scale into place for public schools in which a 40 percent is considered a passing grade. Yes, seriously.
The proposed bill with the grading scale would not affect student grades — after all, students are routinely graduating from government schools unable to even read their high-school diploma, so there is no need to mess with the phony grades being dispensed like candy. The reality of “grade inflation” is now well established, as government increasingly rewards teachers and schools that give students the best grades while punishing those that give students grades reflecting their work. One teacher in Florida was even fired for objecting to the grade lunacy.
Under the proposed North Carolina grading scale for schools, which has already been in use for years but would be made permanent with HB 145, an “A” school could earn an 85 percent and up, while B schools would need a 70 percent or more. Anything between 40 and 54 percent would secure a “D,” meaning the school would be considered a “passing” school. Even with the ludicrous scale, one in five schools in some counties are “failing.”

This is not just confined to North Carolina. In Arizona, the Deer Valley School District is embracing many of these concepts and are in the process of implementing grading practices which will leave their children intellectually defenseless. .

Again, any invading army or revolutionary guard will seek to turn the children into long-term allies. And this is precisely what we are witnessing in America today. These practices separate children from the moral guidance provided by parents and it separates children from God, which is the ultimate goal! This represents the weaponizing of American education.
https://thecommonsenseshow.com/agenda-21-conspiracy-economics/weaponizing-education-transforming-your-children-immoral-and-ignorant-globalists