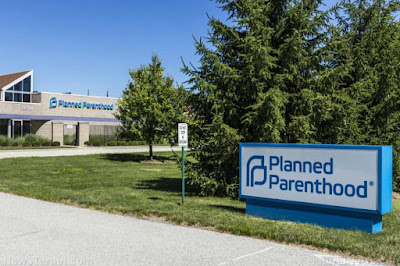 (Natural News) Many of Planned Parenthood’s practices surrounding abortion are unconscionable. Whether you agree with abortion in theory or not, it’s hard to get behind an organization that was caught trafficking the body parts and organs of the babies it murders for profit. Now, they’ve only added to the list of reasons not to support them by proudly sponsoring the Women’s March, whose leaders have been accused of anti-Semitism.
As the biggest single provider of abortions in America, Planned Parenthood performs more than 300,000 abortions each year, and their political arm works tirelessly to influence elections and implement liberal policies around the country. Undercover videos that came to light in recent years showed top execs from the group wining and dining agents who posed as buyers of baby body parts and cutting deals with them.
More than 25 percent of the $1.3 billion in revenue Planned Parenthood brings in each year comes from private donations, and these include corporate contributions. That’s right; companies you patronize could very well be handing over some of your hard-earned money to a group that has no respect for human life.
If you’d rather not support the systematic murder of unborn human babies, here is a list of 60 companies and nonprofit organizations that have directly funded Planned Parenthood. The list, which was last updated on June 21, was compiled by a “conservative watchdog for corporate activism” called 2nd Vote. You can also see the list on their website.
2nd vote believes that Americans have another way to make their voices heard besides at the ballot box, and that is the vote you can make with your wallet. If you currently support any of these businesses, it may be time to start seeking alternatives that don’t help fund this baby-killing organization.