佩洛西是否正在南部邊界上幫助配合紅色黎明入侵
Is Nancy Pelosi Helping to Coordinate a Red Dawn Incursion On Our Southern Border?

Meet the new Benedict Arnold of our time. Here name is Nancy Pelosi. And her emerging story represents the biggest betrayal of the American people in the history of the country. 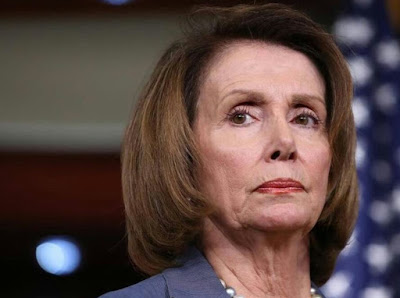 Pelosi Has Traveled to Mexico City-Twice!

I have held this information for about 24 hours. From two confidential deep-cover sources, the CSS has learned that Pelosi has traveled to to Mexico City twice. Why?
Nancy Pelosi and her Democratic party’s attempts to block the wall   despite overwhelming support for the wall by more than half of America. Further, there is significant evidence that the wall is needed needed indicate there is an unknown reason for their defiance and the roots of that defiance lies in.
In May of 2016, US Speaker of the House Nancy Pelosi visited the President of Mexico along with other Congressmen, including little known Texas Congressman Beto O’Rourke who recently said that it was time to ditch the Constitution. Funny how the same names keep appearing. What these Democrats discussed was never revealed.
So, what was America’s biggest Mafia Princess doing in Mexico City? Actually she has been there twice. It is apparent to some that Pelosi is coordinating her domestic agenda with that of these planned incursions of the migrant caravans.
These event certainly point to the fact that Pelosi and the current Mexican President are on board with this plan.

On the CSS radio show,  the founder of the New California movement, Paul Preston, has related what he knows about the caravans. First, the bulk of the newest caravans are not going to be crossing into the United States. Paul’s sources are telling him that their mission is to arrive in Mexico and create havoc for Mexico with the paramilitary forces that are embedded in these caravans. When the Mexican grid is taken down, millions of Mexicans will stream north and storm the US border looking for a safe haven. This will provide the cover for guerrilla forces to make their way into the United States.  Before dismissing this information as speculative, one might want to consider the following intel:
The following was sent to the CSS by a confidential source that has begun to prove their worth as a source of information:

Since the immigration wars area  product of the Axis of Unity, it makes perfect sense that Cuba has involvement on our border to the detriment of the American people.
Interesting, that last night Fox News covered this sector in their news. Fox is reporting that this sector is under the cartel command of a man wanted in the US for attacking US citizens at a consulate. This area was being highlighted in the report as being an area where a wall is needed.
By all accounts, it is interesting to note that these developments are developing into an all too familiar pattern. These guerrilla forces are planning to use the  fleeing refugees who will be storming our border as cover to carry out paramilitary operations inside the United States. Many are aware of this plot.
From a deep-cover ARSOF source:

Dave, You have written extensively about a Red Dawn force. You are going to look like a prophet. This is not a direct land invasion, because what you speak of is covert. Stick with Laredo, this is only but one of the incursion sites for these planned paramilitary forces. There will be several incursion points from the various intelligence we are getting. I remember a piece you wrote about a Texas Ranger who tipped you on planned paramilitary attacks against small towns and their police forces. I believe you wrote about this about 4-5 years ago. This will soon become a reality. This is why the President put the troops on the border.

There is a CALEXIT connection as well. Calexit’s participants included George Soros, ex-California Governor Jerry Brown, former Attorney General and present Presidential candidate Kamala Harris, the Mexican consulate, various drug cartels, ISIS, The Bank of China, factions of the Chinese government, ex-Obama administration officials such as Eric Holder and the United nations among others.
Calexit was a separatist movement designed to place the State under the control of the UN. The desired effect would be to cause a severe economic decline in the rest of the country. California is responsible for 13% of all agriculture in the US and a higher number in retail.
Civil disruption will be at its highest peak in California.

This story is a work in process. It is clear that the Calexit movement has fizzled but it remnants are still very dangerous to border security.
I am satisfied that the Axis of Unity is indeed in charge of invading the US with forced immigration and the implantation of 5th column forces. The forces of Calexit, the Axis of Unity from which these attacks are coordinated. I am satisfied that Pelosi is coordinating these events with her domestic agenda. There is much more to come on this story. 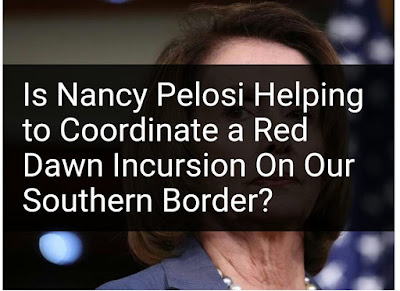