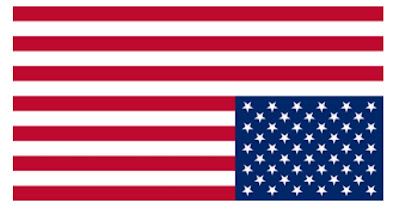 Other than a meaningless Attorney General’s investigation that will produce no indictments, arrests or convictions, what has President Trump done recently which demonstrates he is in charge of the White House?

CNN and Fox News are playing good cop/bad cop on the issues, but in reality, nothing has happened y since his first year in office when he reversed Obama/Biden’s socialist inspired sabotage of the economy  by modifying and/or negating the free trade agreements resulting in large economic gains for middle class America. Women and Blacks have enjoyed record low unemployment. However, the economy still remains in a miserable state.


I understand that some will say that the President has stood up to China. But wait, one could easily argue that the President has been allowed to anger China, because the President’s handlers, Bolton and Pompeo, have allowed Trump to stand up to China because the globalists want World War III against anyone who will put up a fight.
Therefore, as laudable as the President’s economic gains have been, his inaction on key issues far outnumbers his accomplishments. The President has failed to address the following:
America, prepare to defend yourself because the threats to our collective well-being are growing exponentially. We are living in a time when 1776 is about to meet 1941 because we now find ourselves in the dubious position, of facing a domestic terrorism on an unprecedented scale, a Red Dawn invasion force is being imported into this country as we speak and we are about ready to be destroyed by china and Russia as I write these words. Again, I say, 1776 is about to meet 1941.
This is the first of a multi-part series in which it is chronicled that America has been set up to be utterly destroyed. Whether Trump's intentions were pure when he was elected no longer matters. the globalists forces that dominate the Deep State are much more powerful and are omnipresent in their opposition to any form of American populism. This is a global phenomenon. For example, in Australia, conservative political parties are having their cars blown up and their politicians and supporters violently attacked. The beginning of this revolutionary harassment are beginning to appear in America.

This series will be divided up into the following parts:

The outcome, the final body count and the destruction of America's military and economic standing has already been determined. It was foretold in something called the Deagel Report.
When I first wrote about Deagel, the concept was not well-received. However, since the actions of the elite have grown more ominous, some in the Independent Media are taking a second look and they are not liking what they are seeing and for very good reason.
Just who or what is Deagel? The power and influence of the corporation that few have ever heard of, is staggering.  This is the modern day Zapata Oil, which was a CIA front corporation run by George H. W. Bush which in turn facilitated much of the Air America "drugs for guns" program in Latin America in the 1980's when Iran-Contra became a nationwide scandal.
My sources tell me that Deagel is the same exact kind of organization as Zapata Oil. Deagel ran guns through the Ambassador Chris Stevens and subsequently delivered them to al-Qaeda in Libya and in Syria at the time of Stevens' death. Deagel was intimately involved in Benghazi in ways that will be revealed in a later article. Deagel is not just a gun running/drug running/child sex trafficking organization, they are also intimately connected with the business as "Open source intelligence links". This means that Deagel and their partner (affiliations listed below) serve as marketing companies for the CIA and sell intelligence information to the highest bidder. Stratfor and Deagel provide the CIA with a minimum of two degrees of separation from nefarious operations which could taint the U.S. government and in particular, the CIA. These activities will be the topic of a future article. The focus of the remainder of this is article is the destruction and depopulation of the United States.
Deagel is a group that gets their hands dirty and they play both sides of the fence. Please note the publicly available list of Deagel partners, listed below. They do business with the Russian Defense Procurement Agency, but they are largely an American contractor with ties into the U.S. Navy, the NSA and the CIA, through Stratfor. If anyone wanted to make the case that I have, the "Banksters from Basel" control both sides of the coming WW III for fun and profit, the data trail of Deagel exemplifies this point. From the following information, we get a strong indication of how the U.S. is going to be depopulated. To further examine this possibility, take a look at a partial list of Deagel partners. The following list clearly shows that Deagel is "locked in" when it comes to the power centers on this planet. Please note that the time frame of these projections runs from 2014-2025. We are already half-way there and the evidence supporting this plan will be made very clear in subsequent parts of this series.
A Partial List ofDeagel Partners
National Security Agency -http://www.nsa.gov/
North Atlantic Treaty Organization (NATO - OTAN) -http://www.nato.int/
Organisation for Economic Co-operation and Development (OECD) - http://www.oecd.org/
OSCE - http://www.osce.org/
Russian Defense Procurement Agency -http://www.fsoz.gov.ru
Stratfor -http://www.stratfor.com/
The World Bank -http://www.worldbank.org/
United Nations (UN) -http://www.un.org/
In the beginning of 2014, Deagel published a projected demographic shift for every nation on the planet. The projections are noteworthy. As one of the most prolific arms dealers and sellers of intelligence information on the planet, Deagel would be in a unique position from which to make projections with regard to coming world events as well as being able to anticipate dramatic shifts in global power. Not surprisingly, Deagel has made such a projection and the news is not good for the United States. Below is a list of projected changes for the United States during the time frame covering 2014-2025.
United States of America Projected Changes from 2014-2025
Year:  2013
Population:  316 million
Gross Domestic Product: $17 trillion
GDP per capita: $52,838
Budget: $5.8 trillion
Military Budget: $726 billion
Forecast 2025
Population: 69 million
Gross Domestic Product: $921 billion
GDP per capita: $13,328
Military Budget:  $8.0 billion
Please note the how the changes in U.S. population covering an 11 year period mirror what I previously wrote in the America 2050 article. The projected and dramatic downward shift in America's population are nearly identical when one compares the America 2050 documents and the Deagel projections.
There is another striking projection which should alarm every American. In 2013, the U.S. military budget was $726 billion dollars. However, the projected 2025 projected budget is only $8 billion dollars.  This clearly points to the fact that the CIA, through Deagel, is projecting that the United States is going to be militarily conquered within the next 10 years. The mere $8 billion dollar projected 2025 military budget speaks to a domestic martial law type of occupation force. With this kind of budget, the U.S. would not even be able to engage in regional conflicts.

No doubt that many Americans will be angered by what they are reading here. It is hard to imagine the total defeat of our nation. By 2025, it is projected that our military will be obliterated and economy will lie in ruins. Many of us will be hunted because we will be living in an occupied country. This is why I wrote the predictive programming piece about the TV show, Colony.
What about the lock and load mentality of many Americans. You can bet there will be very still resistance. However, it will quickly morph into an different kind of resistance that we have not seen since Washington led our revolutionary army.
The next part of this series will deal with the treason, betrayal and infiltration of America and the role that they will play in contributing to the demise of "Amerika".  Next up: The forces behind the new 1776.
https://thecommonsenseshow.com/activism-agenda-21-conspiracy/when-1776-meets-1941-are-you-prepared-end-amerika