伏: 洛歇馬田航天物理學家爆紅互聯網卻不存在
The Lockheed Martin Physicist Who Blew Up the Internet and Doesn’t Exist 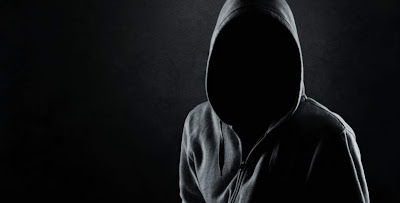 Last week, a Quora user claiming to be a Lockheed Martin staff physicist named Ibtaseem Reaz made a somewhat provocative claim when he said that after considering all of the evidence surrounding recently disclosed Navy UFO encounters, we are “left with a stronger impetus to speculate that the US government does indeed have something to do with the Tic Tac.” Many of us throughout the web jumped on the story, as it seemed to be one of the first times someone who claims to have advanced aerospace knowledge has come forward to state that maybe, justmaybe, all of this Navy UFO business is some kind of misinformation or disinformation campaign after all.

I never thought I’d be among the ones wearing tin foil, but here we are.
As it turns out, that Lockheed Martin staff physicist might not even exist at all. Shortly after that Quora post began making its rounds on various UFO-related subreddits and blogs, strange things starting happening. First, Ibtaseem Reaz – or the Quora account named “Ibtaseem Reaz” – scrubbed Quora of the Navy UFO response and all other posts (luckily, I guess, an archived version can still be read here). Those Quora posts went as far back as 2011 and covered topics ranging from the genetic basis for male pattern baldness to the Roswell crash. After removing all of those Quora posts, that user then changed his or her username from “Ibtaseem Reaz” to “Bob Lazar” and then “Bob Bigelow,” as it reads now. It’s unclear if this is just some elaborate troll, or if an actual Quora user’s account got hacked.
It gets weirder, though. Whoever this “Ibtaseem Reaz” is, they also had a LinkedIn profile which has since been deleted. That profile only had 5 total connections – an oddly low number for a Lockheed physicist to say the least – and stated that Reaz had advanced degrees from the University of Michigan. The only other mention of Ibtaseem Reaz was a dissertation uploaded to academia.edu, a free online repository for academic research. That dissertation has also been deleted.

Maybe hats aren’t enough anymore.
Armchair sleuths on reddit alsodiscovered that the profile photo of Ibtaseem Raez on both Quora and LinkedIn is the same as a picture found online for one Ravindra Pisharody, a former director of India’s Tata Motors automotive brand. What exactly is happening here?
There are a few possible explanations. One, this could be an elaborate troll. It’s odd that a Quora account dating back 8 years would suddenly go full-on troll, but perhaps it was hijacked by pranksters looking to capitalize on the current Navy UFO buzz. That could explain the name change to the two Bobs.
Two, perhaps Ravindra Pisharody led a double life on the internet as Ibtaseem Reaz and was afraid to get discovered after his Quora answer blew up the weirder corners of the internet. Then why not take down his own LinkedIn account which clearly uses a picture of the same guy?
What exactly is going on with this “Ibtaseem Reaz?” We’ll likely never know. It’s probably just some weird prank that got bigger than its creator intended. As usual, when any big UFO news breaks into the mainstream, the crazies come out of the woodwork to hijack the conversation and turn it all into a circus.
This is why we can’t have nice things.