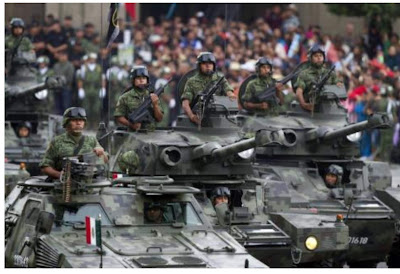 I have been told by many military and intel experts and it is a simple matter of common sense,that before a Red Dawn invasion can take place, the United States must first be destabilized domestically. Further, assets would need to be deployed in advance of any invasion. All of the criteria are in the process of being met.
The destabilizing events that threaten to weaken America to the point of producing conditions making the country vulnerable to invasion from our southern border are as follows:
A clear picture is emerging that once the aforementioned areas come to fruition, that the only thing that is needed for an invasion to follow these destabilizing events is forward deployment of military assets and that has already happened.

The Mexican military has authorized a forward deployment of 15,000 soldiers on our southern border ostensibly to intercept immigrants coming to the United States. On its face, this makes no sense. The bulk of the immigrants are coming from south of Mexico and that is where troops should be deployed. Here is a detailed analysis of what is wrong and very suspicious about the Mexican approach to this issue. It is not an immigration force, it is an invasion force. When do 15,000 Mexican troops become 50,000 troops? They have already crossed our border and most of all they are being trained by the UN as documented in the Washington Post (April 9, 2019). 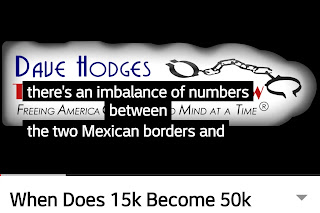 https://youtu.be/Pk5r_1RE3hM
Trump is aware of this issue regarding the potential for a Red Dawn invasion. Four months ago, a DHS insider source told me that the construction plans for the border wall have changed. The new design for the fence, as pictured below has morphed into a different form of construction. The original fence construction was originally supposed to look like the following:
The original design of the fence was to reach a height of 30 feet, thus making it unlikely that any normal human being could scale the wall. As my DHS source informed me, this type of wall construction was vulnerable to rocket-mortar-explosive attacks. In other words, the original wall construction was not designed to withstand a military attack of any kind. The wall was simply designed to withstand a pedestrian onslaught.
As Trump became aware that he was not just dealing with an immigration invasion, but an actual invasion, the border wall design dramatically changed. As my DHS source stated, the new wall is designed to repulse a light infantry invasion. The dramatically newly designed wall is pictured below.

The new fence is more compact, stronger and made of more dense material designed withstand explosions. The second wall design is proof that Trump knows an invasion is coming.

Before one may accuse me of being "too conspiratorial", please keep in mind that I previously published a leaked statistic from a memo provided to DHS, ICE and the Border Patrol. In the last 30 days, immigrants from 52 countries have been apprehended on our southern border. If one is geographically challenged, I would ask that  one look at a map. The entire scope of Latin America has less than three dozen countries. Since this is a geographic fact, please explain where the invaders from 52 countries got here? Did they swim across the ocean? Did they commandeer planes and parachute in? Maybe they came by submarine. Or, are ET's returning previously abducted people, none of them from America, and depositing them on our southern border? These are the ridiculous lengths that one must to in order to deny the fact that this is an invasion. Many of these immigrants (eg from the Congo with Ebola spreading out of control are crossing into Texas with hundreds of dollars in their pockets, in yet another destabilizing event). And we are supposed to believe that these are just asylum seekers?
Why are the Mexicans deploying 15,000 troops? One can rest assured that the number will greatly inflate. Look for an announcement that the Mexicans in a sincere effort to stop illegal immigration are deploying many more troops on our southern border. The objective of these troops is deploy forward position weaponry (eg weapons caches, tanks, helicopters, etc) and just coincidentally, a force of about 15,000 would be needed to facilitate the logistical distribution across the border. These 15,000 Mexican soldiers represents the supply and logistics vanguard of an invading army.
Beside the Mexican military, there are many domestic terrorists prepositioned for action when the time comes. Part Two of this series will examine the 5 destabilizing threats to America, identified in the opening of the article. All of this is a prelude to invasion from our southern border.
https://thecommonsenseshow.com/conspiracy-immigration-war/its-invasion-force-when-does-15k-mexican-troops-become-50k 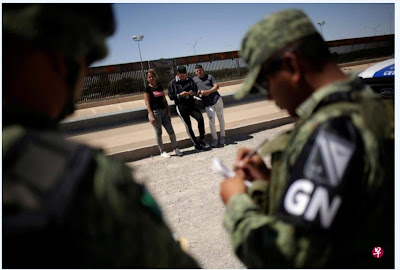