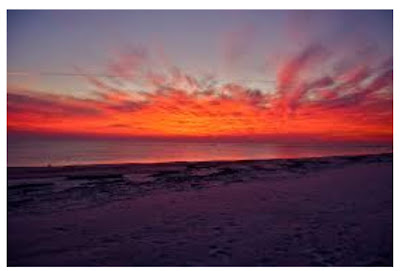 Part one of this series established the unfolding revolution in Honduras. We discussed how and why Honduras is entering a state of civil war and this is in a country whose cities are already the most deadly in the world. Many hard-liners are not going to like this statement: If the American laws related to asylum were literally applied to Honduras, about 80% of the country would qualify for admission to our country. And as if this was not bad enough, the CIA, the UN and other covert “for-hire” mercenaries are in the country exacerbating an already volatile situation.
Like El Salvador, Honduras is home to several paramilitary training bases in which Middle East terrorists groups are trained along side of cartel members. As the CSS revealed over 5 years ago, the training consists of learning the use of automatic weapons, rpgs and a variety of light infantry equipment. As an aside, it was interesting to note that while “the wall” was still a possibility, a DHS contact told me about 4 months ago, that the wall changing designs. It was moving away from the 30 foot high structure to a wall capable of repulsing a light infantry invasion. This was before things got so out of hand at the border. In other words, Trump is expecting a “Red Dawn” action on our southern borders from soldiers trained in South American including in places like El Salvador and Honduras. All of sudden, the possibility of an invasion of the United States becomes very real. More on this will be covered at the end of this article.

Dividing Up Sides In Honduras

As we know from covert intelligence community history related to “Air America” that the CIA created street gang trafficking in LA to sell cocaine. These CIA “Pablo Escobars’” took their cut and used the money to buy arms from Iran (illegal) and gave the arms to the Contras and their fight against the communist inspired Sandanistas. We also know the Clintons’ drug operation in Arkansas got their big state in this conflict. IF one knows their Central American 1980’s, Iran-Contra Affair history, they will recognize the same plot unfolding in Honduras.
Using weapons procured from the Obama administration Fast and Furious, the CIA has managed to create several gang-style divisions in Honduras. Two of the more prominent are MS-13 (which must now be considered to be an international CIA asset) and the 18th Street Gang.
Both sides use the same strategy that we have also seen in warlords in Africa. Both gangs are using a strategy that consists of distinct elements:
,

Entire villages in Honduras have had enough and are leaving. This was exposed by the MSM in a PBS report in which the objective of the piece was to highlight individual family struggles against these criminal forces by the average person and why these people deserve asylum when they get to our southern border. I was demonetized for two videos including the radio interview with Kathy Rubio on this same topic. But when MSM came out with their propaganda related to the crisis in Honduras, PBS got a free pass from Youtube. This tells me I am over the target and their AI censors have clear instruction to obscure the American people from the truth that I am bringing forth.
The net effect of this calamity is that it will destabilize all of the region. This will result in massive migration to the United States. This strategy being employed in Honduras is showing up in Guatemala, Cost Rica, Panama, Columbia, Ecuador, Bolivia, Brazil and Mexico.  Peru is the driver of this strategy and the UN, Catholic services, the CIA and George Soros front groups are using Peru as a coordinator to facilitate this plot. My long-term readers have read about this plot. Two DEA agents, an ARSOF retired general and an FBI agent have told me of the existence of the Sanchez Paredes Drug Cartel. They are the Peruvian Army and Executive Branch of their government. International terrorist funds are laundered into the Peruvian nation bank. They in turn, taking their middle man cut, are funding these terrorist organizations in Central and South America. If long-time readers recall, this is the group that brought together the cartels and terrorists and formed the training bases in Central America to train them.  How long has this been going on? I found reference to these unholy alliances dating back to 2006 in an article in the Tucson Daily Star.

I cannot let this article conclude with mentioning the ultra liberal Beto and his doomed Presidential run. In an AOL.com article, on June 24, 2019, Beto said he wanted to impose a war tax on certain American families in order to support healthcare for Veterans. It is a classic wealth redistribution scheme, but that is not the point. Until June 24th, I have never heard of a “war tax”. It is a primary means of exploitation in Honduras used towards building a paramilitary army. Now, one day late Beto is using the same rare term. What business is he in? This reminds me of Obama “we have to build an army that is just as strong, just as powerful as our military…”  Watch out America, my gut tells me this is something worth paying attention to. The investigation into this commences today.
There is another development on our southern border that I am very concerned about and that is the fact that the Mexicans put 15,000 newly formed “National Guard” troops on southern border. Americans have such a short memory. These troops, as described in a Washington Post article published on April 9, 2019, stated that the UNITED NATIONS was training the force which was designed to replace the Federales. The stated purpose of the training was for “humanitarian” purposes. And I will one caveat for the possible humanitarian reasons behind the training. The Oroville Dam nearly failed yesterday as they lost one of the gates and massive amounts of water is escaping. The DWS is working through through the night to try and repair. This earthen dam is 4 feet away from overtopping.
This is what bothers me about the 15,000 troops on the southern border. There are only 6,000 Mexican troops on their border with Guatemala. Shouldn’t we have the numbers reversed? Isn’t the need greater from OTM’s coming from Central America? Let’s further connect some dots here as look at the following facts:

Will there be a Part 3? Probably. However, until then, please use this as a motivation to get prepped. Homeland defense, given the terror attacks that will precede a Red Dawn invasion are coming soon. You must be ready to guard your yard. You will need food, water, guns, ammo, water, gold (to come out the other side intact), medicine (natural can be stockpiled), tools, allies and the Bible. I have been writing about this for 5 years and it is shocking to me, personally, that we finally sit upon that cliff that I said was coming.
If you want to understand more about what is going on, you will want to listen to the following interview.
Interview with Kathy Rubio who lived in both El Salvador and Honduras. She Worked in the Honduras prisons system as well. 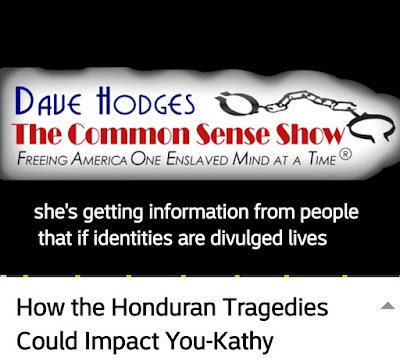