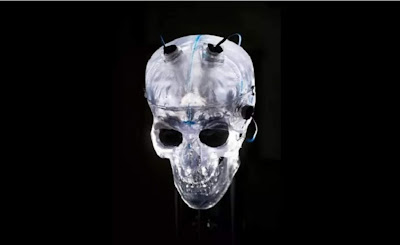 “People often wonder “What is the next step? When is the thing beyond man going to appear?” “The Christian view is precisely that the Next Step has already appeared… He [Jesus Christ] is the origin and centre and life of all the new men.” – C. S. Lewis, Mere Christianity

Steve Forbes recently toldMark Zuckerberg in an open letter that he should name Facebook’s digital currency the “Mark”. A religion seeking “the realization, acceptance, and worship” of an AI Godhead has been established. China’s social credit system is spreading across the world. Elon Musk just announced brain chips for all with his secretive Neuralink project that will give individuals the option to “merge with artificial intelligence”. 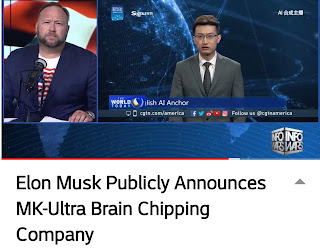 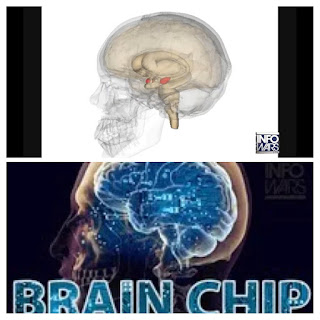 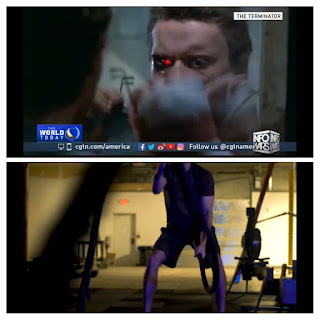 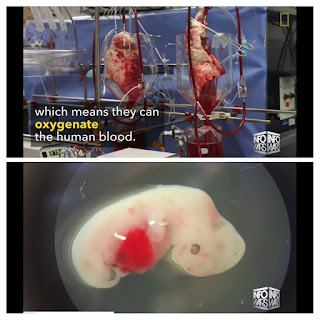 The fantastical state of the globe today would be unimaginable to most people 70 years ago, but Christian apologist and author C.S. Lewis foresaw it with uncanny accuracy. Widely known for his Christian literature like The Chronicles of Narnia, he possessed a profound insight into the mind of evil.
Interestingly, Lewis was recently discovered to have had some involvement with Britain’s MI6 intelligence agency.
Lewis’ various works have taken on a new level of prescience as he denounced transhumanism long before most of the world knew what it was, and offered an alternative rooted in the Christian faith.
He also saw the rise of moral relativism creating the perfect environment for scientific tyranny to take hold of humanity.
In the modern technological world, many people are experiencing a form of cognitive dissonance. We battle the subtle nagging feeling that we are going against the grain of something that is quietly, yet profoundly telling us to course-correct. Genetic memory tells many of us that we have somehow seen these things before, and that we need to resist.
As people become disoriented by the blinding advance of revolutionary technologies, Lewis’ philosophies and insights into the Christian faith can give us a better understanding of the truly spiritual battle we are facing.
C. S. Lewis’ 1945 book That Hideous Strength is a work of fiction – perhaps inspired by real world intel that Lewis was aware of – set amidst a supernatural battle between good and evil.
The book revolves around the “National Institute for Coordinated Experiments” (NICE) and the organization’s supernatural plot to seize control of all life.
Lewis writes,

“What should they [the elite] regard as too obscene, since they held that all morality was a mere subjective byproduct of the physical and economic situations of men?… From the point of view which is accepted in hell, the whole history of our earth had led up to this moment.”

Lewis says in Hiddeous Strength, again in 1945, that the elite of society will merge with technology and eliminate the masses. His words foreshadow statements made decades later by individuals like Sun Microsystems founder Bill Joy, who wrote an article in April of 2000 titled “Why the future doesn’t need us“. Lewis says:

“A large, unintelligent population is now a dead-weight… In the new age, what has hitherto been merely the intellectual nucleus of the race is to become, by gradual stages, the race itself. You are to conceive the species as an animal which has discovered how to simplify nutrition and locomotion to such a point that the old complex organs and the large body which contained them are no longer necessary. The masses are therefore to disappear. The body is to become all head. The human race is to become all technology.”

In Lewis’ classic work The Screwtape letters, he describes the various methods through which demons influence human beings. Speaking from the perspective of one of these demons, he says:

“To us a human is primarily food; our aim is the absorption of its will into ours, the increase of our own area of selfhood at its expense… He [God] really does want to fill the universe with a lot of loathsome little replicas of Himself – creatures whose life, on its miniature scale, will be qualitatively like His own, not because He has absorbed them but because their wills freely conform to His… Our war aim is a world in which Our Father Below has drawn all other beings into himself…”

“The next step has already appeared”
In Mere Christianity, Lewis reveals insight into the possibility that the next step in “evolution” has already happened; And that it is a spiritual choice to follow Jesus Christ, not a technological “upgrade“.
Lewis writes:


“…people often wonder “What is the next step? When is the thing beyond man going to appear?” “The Christian view is precisely that the Next Step has already appeared… He [Jesus Christ] is the origin and centre and life of all the new men. He came into the created universe, of His own will, bringing with Him… the new life.”