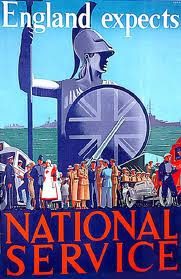 The writing is on the wall. If you can’t read it, then you’re going to have a problem – very soon. It was in early 2009 that we first warned our readers of the coming wave of riots and social unrest that would envelop the globe. Nearly three years on we’re seeing a progressive increase in tension among those affected by deteriorating economic conditions and the trend towards social unrest seems to be accelerating. Absolutely nothing has been resolved in terms of the economic and financial woes facing the world, despite the literally trillions of dollars of wealth in the form of credit and monetary easing that has been committed to the crisis.
已寫在牆壁上了，如果你不懂讀，那麼你會有一個問題 - 很快。早在2009年初我們第一次警告我們的讀者，將有籠罩全球的騷亂和社會動盪浪潮。差不多三年打上我們正在看到逐步增加的緊張局勢，在那些備受日益惡化的經濟條件所影響的人中，和社會動亂的趨勢似乎正在加速。以世界面臨的經濟和金融困境來說，是絕對地完全沒有得到解決，儘管字面上萬億美元的財富以信貸和貨幣寬鬆政策的形式已被投入危機。
As the economic paradigm shifts and hundreds of millions of citizens from the world’s advanced economies are thrown into poverty (including 100 million from the U.S. alone), the situation is getting critical. So much so that what once existed only in the realm of conspiracy theory and alternative news web sites – that governments, especially in the U.S., are planning for large-scale economic meltdown and social unrest – is now a foregone conclusion in political circles.
隨著經濟的範式轉變和億萬計的公民從世界先進的經濟體被擲入入貧困（包括單獨美國的一億人），情況越來越臨界。正因如此，曾經只存在於陰謀論和另類新聞網站領域的東西 - 即各國政府，尤其是美國，正在規劃大規模的經濟危機和社會動盪 - 現在已是在政界的既成定局。
Europe, as we discussed in 2009, is now coming unhinged and we have the real possibility of not just a collapse in the sovereign debt of a single nation, but the entire European Union and their beloved currency. This is not just some far-out possibility. The collapse of Europe now seems more likely than ever, and governments and regulatory agencies all over the continent are calling for immediate preparations, planning and strategies to deal with the imminent collapse of sovereign debt of individual countries, European banks, and the Euro monetary system that is the glue holding it all together.
正如我們在2009年時討論過，歐洲現在是變得心神不定，和我們真有可能不只是在單一國家的主權債務的崩潰，而且是整個歐盟和他們心愛的貨幣。這不僅是一些遙不可及的可能性，歐洲的崩潰現在似乎來得比以往任何時候都更容易，和全大陸上的各地政府和監管機構都在要求作出立即準備、規劃和戰略，以處理個別國家即將崩潰的主權債務、歐洲銀行，以及如膠水將它們靠在一起的歐元貨幣體系。

“It’s in our interests that they keep playing for time because that gives us more time to prepare,” the minister told the Daily Telegraph.

“他們一直在拖延時間是符合我們的利益，因為那給予我們更多的時間作準備，”部長告訴“每日電訊報”。
Recent Foreign and Commonwealth Office instructions to embassies and consulates request contingency planning for extreme scenarios including rioting and social unrest.
最近外交和聯邦事務部指示大使館和領事館要求作出應變計劃，包括騷亂和社會動盪的極端情景。
Greece has seen several outbreaks of civil disorder as its government struggles with its huge debts. British officials think similar scenes cannot be ruled out in other nations if the euro collapses.

Diplomats have also been told to prepare to help tens of thousands of British citizens in eurozone countries with the consequences of a financial collapse that would leave them unable to access bank accounts or even withdraw cash.

The EU treaties that created the euro and set its membership rules contain no provision for members to leave, meaning any break-up would be disorderly and potentially chaotic.

If eurozone governments defaulted on their debts, the European banks that hold many of their bonds would risk collapse.

Some analysts say the shock waves of such an event would risk the collapse of the entire financial system, leaving banks unable to return money to retail depositors and destroying companies dependent on bank credit.

The Financial Services Authority this week issued a public warning to British banks to bolster their contingency plans for the break-up of the single currency.

Some economists believe that at worst, the outright collapse of the euro could reduce GDP in its member-states by up to half and trigger mass unemployment.

“When the unemployment consequences are factored in, it is virtually impossible to consider a break-up scenario without some serious social consequences,” UBS said.

Underestimate this events at your peril. Similar events played out in Europe in the early 1930′s, and we experienced a decade’s long depression here in the United States, followed by five years of world war – and that’s when we were a creditor nation without hundreds of trillions in debt and liabilities.
低估這一事件危險自負，類似的事件在20世紀 30年代早期在歐洲發揮殆盡，和我們在美国這裡經歷了十年長的經濟低迷， 繼後5年的世界戰爭 - 和那時正是我們還是一個債權人國家而沒有以萬億計的債務和負債。
The collapse of Europe, as we have argued for several years, is imminent. If it so happens that Europe does collapse as we forecast, and capital flees to the safety of the US dollar (thus boosting the dollar’s strength and causing a stock market meltdown) than we urge readers to consider the repercussions that will be felt in America. Within a period of a few months to a few years a similar scenario will play out with our own sovereign debt and currency. And, when the world’s reserve currency goes into meltdown mode, all bets are off.

There’s a reason governments the world over are preparing contingency plans. They know it’s coming, and they know it will be pandemonium. There is, as we noted two years ago, No Way to Avoid Financial Armageddon.

Hope for the best, but prepare for the worst -

■collapse of purchasing power due to hyperinflation
■interruptions to the normal flow of commerce
■disruptions to food supplies
■political upheaval
■increased violence
■riots
■the militarization of Main Street
■and the potential for failure of our domestic utility grid.

We realize these are extreme potentialities and many might suggest we take off the tin foil hat, but the same was true when we and others forecast a collapse of Europe, civil unrest and government contingency planning three years ago. That has now been actualized.

The next leg of this crisis will take hold in the United States in due time. Don’t wait until it’s too late. Start thinking about money during a collapse, bartering items, post-collapse trade skills, and creating a solid preparedness foundation.

The root of evil is the Zionist FED ! Oui, oui !

Covertly yes, we have read the Protocol of the Zionist Elders.