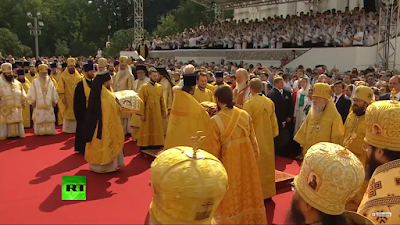 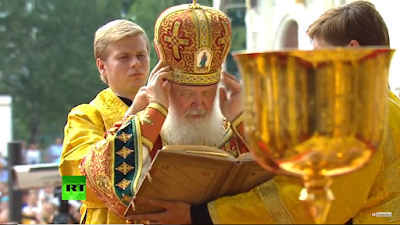 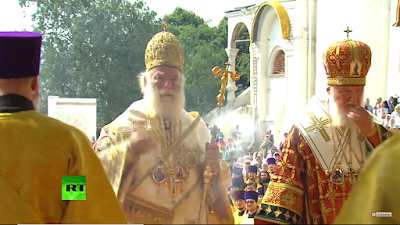 俄羅斯，烏克蘭和白羅斯自祖先採信基督教後標記1,030年
Russia, Ukraine & Belarus mark 1,030 years since ancestors adopted Christianity
28 Jul, 2018
Thousands in Russia, Ukraine, and Belarus got together to celebrate 1,030 years since their ancestors adopted Christianity, when Vladimir the Great baptized the Kievan Rus.
Moscow
At noon, the bells in all of Orthodox Cathedrals in Moscow began ringing to mark the holiday. A sacred procession was attended by thousands of worshipers despite the heat of over 30 degrees Celsius in the capital.

The head of the Russian Orthodox Church, Patriarch Kirill, and Russian President, Vladimir Putin, walked together with the people all the way to the monument to Vladimir the Great, where a divine liturgy was held. 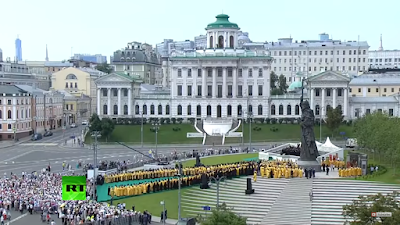 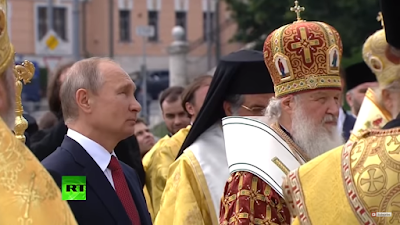