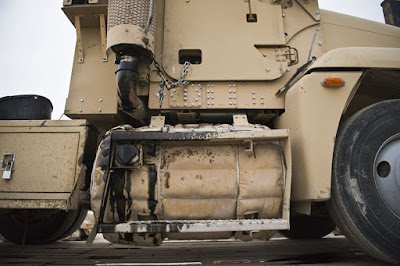 特朗普採取行動對抗潛在的紅色黎明侵略
Trump Moves to Counter Potential Red Dawn Invasion
July 28th, 2018
A combined domestic insurgency and a plot to invade the United States is in the words. Before describing these events, it is necessary to define terms:
Blue Wave-The term most often applied to the fact that the Democrats expect to take over both houses of Congress in the upcoming midterm elections.
Blue Dawn– In the face of the failed Blue Wave, the Deep State and its assets, as funded by criminals such as George Soros, recruit and build a radicalized Blue Dawn forces (ie domestic terrorists) which will bring social and political disruption to America on a scale never before seen. This includes the importation of foreign paramilitary forces, terrorists and assassins (ie MS-13) due to the fact that the Deep State is losing ground in the propaganda wars being waged in the MSM. The MSM is running for cover as their ratings are in the toilet. Movie going is at an all-time low, CNN and Clear Channel Communications cannot pay its utility bill with the help of George Soros which will bring havoc to our country. The Blue Dawn is the knee jerk reaction to losing political control in the face of awakening American public. The “occupy movements” springing up around the country is merely the first step in this movement designed to bring total disruption to the United States prior to the Red Dawn invasion. As reported in yesterday’s story, the Blue Dawn is considered to be a prerequisite to a Red Dawn invasion through 5th column activities.
Red Dawn– Most are familiar with the popular use of this term. Red Dawn is the culmination of both domestic and foreign forces working together to conquer America. Most often the Red Dawn is portrayed as a Central American military force entering the American Southwest from Mexico. Certainly, the new extreme leftist government, headed by the radical AMLO, would not hesitate to allow and to participate in a Red Dawn invasion of the United States. Red Dawn is not designed to do anything but to tie essential parts of our military prior to the commencement of World War III. The Deagel Report addresses the final outcome of this movement as 83% of America, according to the report will not be living by the year 2025.

American Troops on the Move

On Monday, I received an email from a lady who reported that a “very long train with massive amounts of heavy armor” was coming through the railroad tracks, towards the border…”
On Friday, July 27, I was returning from Northern Arizona to attend a funeral in Phoenix, when I encountered a massive caravan of military vehicles. There were easily over 100 vehicles. There were some troop carriers, but mostly communication vehicles. These were support troops for a heavy armor force similar to what was on the train going through Hondo, TX.
http://www.thecommonsenseshow.com/trump-moves-to-counter-potential-red-dawn-invasion/

藍色黎明將會先於入侵美國的紅色黎明：特朗普和普京都處於危險之中
The Blue Dawn Will Precede the Red Dawn Invasion of the United States: Trump and Putin Are Both In Danger
July 27th, 2018
Putin and Trump are in a great deal of danger. It would only take one of them to cave in and start World War III. However, neither leader shows any signs of capitulation to the NWO desire for World War III.
This article traces, in outline form, with references, the alignment of a Red Dawn invasion force against America. This article primarily focuses on how the Blue Wave (ie political force) is giving way to the Blue Dawn (ie a planned military invasion of the United States).

The Red Dawn Invasion from Central and South America

I have previously written about how Obama allowed Putin to separate America from her former allies in Central and South America (CELAC). As I have previously documented, Russia and China have militarily aligned against the United States in a major way. You can read about this alliance here.

Although Putin put together the aforementioned Southern hemisphere alliance against America (aka Red Dawn), he is no longer pushing for war with America. This point will developed further in the latter part of this article. To sum up the previously referenced report we can safely conclude the following:

Leaders from the Community of Latin American and Caribbean States (CELAC) and Russia declared their intention to establish a means of continuous dialogue “to discuss and synchronize positions on international issues.” CELAC includes thirty-three countries in the Americas, but the United States and Canada are excluded. This is the breeding ground of a “Red Dawn Scenario”. Canada, through Trudeau’s communist style leadership is moving away from the United States as an ally. This brings into play the Blue Dawn scenario in which America will be put into such a state of chaos and diminished functioning, that America will be invaded by the classic Red Dawn scenario, while at the same time, America will be taken down internally by a series of artificially controlled conflicts that I believe will pit one race against another. I believe there is enough evidence to see that Soros is beta testing this approach in South Africa where the white population is entering in a period of gun confiscation and subsequent genocide. This is why I have written extensive articles on South Africa because I believe we are looking at out future in America. The influx of immigrants from countries not friendly to America is underway (not Mexican). This will provide more cannon fodder when all hell breaks loose. Then, and only then will the real invasion led by Russia and China take place against a severely weakened America.

The much anticipated Blue Wave, which was to sweep legislative control of the country away from conservatives and restore the lawless rule of liberals was to take place in the upcoming midterm elections. The Blue Wave is dead. However, the Blue Wave is going to give way to the Blue Dawn. The Blue Dawn is the formation of hostile domestic and foreign groups in America designed to cripple the operation of the economy and the rule of law.  This is why Obama let in MS-13 and ISIS during the last Central American immigration invasion of 4 years ago. The Blue Dawn, as I call it, has been going through a metamorphosis  through the CALEXIT movement.