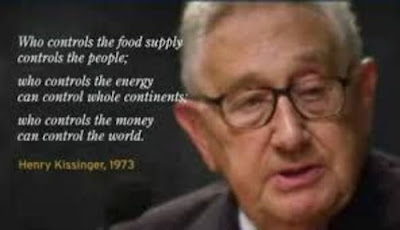 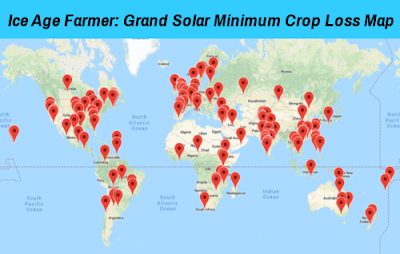 驚呆的農民警告：'沒人為此做準備' - 更多證據屎打著扇的事情可以真的快速發生
Shocked Farmer Warns: 'Nobody's Prepared For This' - More Evidence SHTF Can Happen Real Fast
- 一項社會主義的溫故知新課程：他們是否正在計劃用挨餓使我們屈從？
- A Refresher Course On Socialism: Are They Planning On Starving Us Into Submission?
July 27, 2018
In this very important new story from Ray Gano over at Prophezine that Steve Quayle linked to on his website on Wednesday, Ray reports on one of the reasons our civilization has become so vulnerable and why he 'prepares': Most have forgotten where our food comes from with some actually believing it 'magically appears' at stores such as Wal Mart.
Warning within his story that there are several 'big picture' factors that are largely being overlooked in 2018 including the still exploding US national debt, physical limitation's upon food and other resources, and any number of possible 'wild cards' that could come into play within a moments time, Ray's story hits the nail on the head when he tells us: "The time to prepare is now, while we still have the time and resources at hand."
And while according to this September of 2017 story over at News.com.au they report that our planet could run out of food within 10 years according to Gro Intelligence, an agricultural data technology company, as we hear in the first video below from videographer Ice Age Farmer, food production is already collapsing in numerous locations around the world with the nation of Finland posting its worst grain yield this century while huge parts of parched Europe are hit hard due to exceptional drought and record heat. As one farmer warns in his video, "nobody is prepared for this".
And as we see in a recent SQAlert that we've republished below from a well-connected insider, it appears that even some of those who are growing their own food have a problem to deal with outside of the birds, deer, rabbits, chipmunks and bugs: 'Monsanto terminator crops' are sterilizing other crops via pollinators.
And while so far, America has fortunately avoided what's now happening in Socialist Venezuela where people are starving, resorting to hunting down dogs in the streets and some even killing zoo animals for their next meals, as we see in the crop loss map at this link and the screenshot of the map below created by Ice Age Farmer, there are still huge crop losses happening here to American farmers as well in 2018. ,
And although widespread crop losses aren't as pervasive here in the US as they are in Europe and elsewhere around the world, and the next meals for most Americans are as still as close by as our refrigerators or the nearest fast food restaurant (we try to avoid such food like the plague), as we hear in the 2nd video below, a new one from Canadian Prepper, SHTF can happen in a moments notice and should people not be prepared when for it when it does, it will already be far too late for them.
So while the economy is kicking along for most, there is no better time to prepare than now.