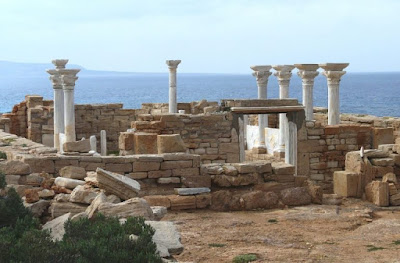 Jul 28, 2018
Why did a coalition of 19 countries including the US and NATO destroy the Libyan regime and in every sense, the stability of the country in 2011?
One reason of course was the financial independence of Libya, the plan to create the gold backed African Dinar currency as many people are familiar with (which was proven by leaked emails years after everyone already knew).
Another reason they took out Gaddafi in Libya was because, as usual, they wanted to harvest everything they possibly could in the country. It’s common sense if you understand a little bit about power. A country is harvested if a regime isn’t in alliance with the most powerful alliance of nations: the leader is removed, the resources are stolen, the place is harvested in every possible way.
They harvest countries after ripping out a regime, it just might take a minute.
Now 7 years after this coalition of countries destroyed Libya, the intensity of chaos they are responsible for unleashing upon the region is proving to be a factor in the difficulty of harvesting Libya’s natural resources.
According to mainstream reports, Libya today is divided by rival “governments” in western and eastern halves, while radical Islamic terror groups, human trafficking, and other atrocious things thrive. It’s possibly more chaotic than the powers that be would prefer, to harvest the country. According to the Washington Times:
“With the U.N. and European allies, the U.S. has pushed a deal to subject the Central Bank of Libya and the state oil company to a wide-ranging investigation into long-standing reports of corruption and misappropriation of oil revenue by radical Islamist factions and militia groups.”
Simply taking a country’s resources doesn’t work, while pretending to be the protagonist. Those resources must be harvested or used in an underhanded way. In another facet of why they probably wanted to destroy Libya, now attention is being turned toward Libya’s oil, as a solution to the effects of US sanctions against Iran.
The oil blockade against Iran reportedly removed about 850,000 barrels per day of oil from the world’s markets, which is a problem for certain people.