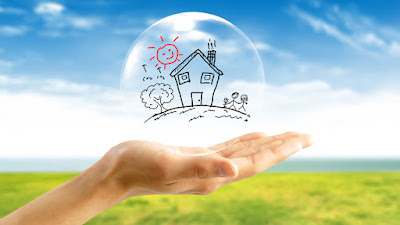 樓市崩潰2.0？ 專家警告“美國住屋市場看來朝向近年來最惡劣的放緩”
Housing Crash 2.0? Experts Warn That “The U.S. Housing Market Looks Headed For Its Worst Slowdown In Years”
JULY 30, 2018
Is the United States heading for another absolutely devastating housing crash? It has been 10 years since the last one, and so many of the exact same signs that immediately preceded the last one are starting to appear once again. Back in 2007, home prices were absolutely soaring and it seemed like the party would never end. But interest rates went up, home sales slowed down substantially, and eventually prices began to crash. Millions upon millions of Americans were suddenly “underwater” in their homes just as a crippling recession hit the economy, and we plunged into a foreclosure crisis unlike anything that we had ever seen before. Well, now the cycle is happening again. Home prices surged to unprecedented heights in 2017, and this was especially true in the hottest markets on the east and west coasts. But now interest rates are going up and home sales are starting to slow down substantially. We certainly aren’t too far away from the next crash and another horrible foreclosure crisis, and many experts are beginning to sound the alarm.

For example, the following very alarming numbers come from a recent Bloomberg article entitled “The U.S. Housing Market Looks Headed for Its Worst Slowdown in Years”…

Existing-home sales dropped in June for a third straight month. Purchases of new homes are at their slowest pace in eight months. Inventory, which plunged for years, has begun to grow again as buyers move to the sidelines, sapping the fuel for surging home values. Prices for existing homes climbed 6.4 percent in May, the smallest year-over-year gain since early 2017, and have gained the least over three months since 2012, according to the Federal Housing Finance Agency.

Those are definitely troubling figures, but perhaps even more disturbing is the fact that mortgage applications are way down right now…

Mortgage applications to purchase both new and existing homes have been falling steadily, and mortgage rates are rising again. Single-family home construction also fell and was lower than June 2017.

Of course economic numbers always go up and down, and just because we have had a few bad months does not necessarily mean that disaster is looming.


But when you step back and take a broader perspective on the housing market, it really does start to feel like early 2008 all over again.

In fact, Nobel Prize-winning author Robert Shiller says that this “could be the very beginning of a turning point”…


“This could be the very beginning of a turning point,” said Robert Shiller, a Nobel Prize-winning economist who is famed for warning of the dot-com and housing bubbles, in an interview.