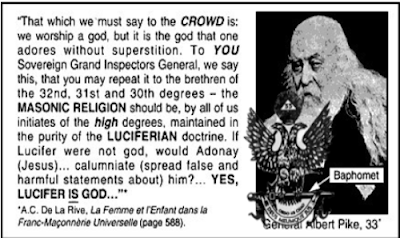 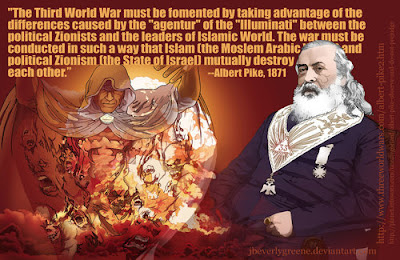 左翼成為“恐怖滿屋”證明了這“毀滅美國的藍圖”已在長期部署
The Left Becoming A 'House Of Horrors' Proves This 'Blueprint For The Destruction Of America' Has Been Long In Play
- 全球主義者的'新世界失序'正被建造在上帝創造秩序的廢墟之上
- The Globalists 'New World Dis-Order' Is Being Built Upon The Ruins Of God-Created Order
July 30, 2018
Beginning their story with a look at the series of total and complete meltdowns now being suffered by many on 'the left', including the massive breakdowns suffered by the mainstream media, the American Thinker story then goes on to take a look at the very nature of 'evil' itself and how so many on 'the left' have embraced 'evil' without many of them even realizing that was what they are doing, largely due to 'luciferian inversion'.

So thoroughly indoctrinated into evil ideology that somehow many believe that by carrying out their acts of treachery and embracing the luciferian ideologies they've been indoctrinated into they somehow really believe that they are on the side of 'what is righteous', as we see in this story, throughout history, almost all religions, cultures and philosphical ideologies have described evil the same way. And as the head of the Russian Orthodox Church, Patriarch Kirill, recently warned, straying from those accepted norms about the nature of evil is inviting disaster and even 'end times'. First, from the American Thinker story:

I am going to dare to look at the E-word: evil.

Some might be calling me an uptight, white Christian bigot right now – except that was a quote from Buddha. The original uptight, white Christian bigot. Believe it or not, most widely accepted philosophies from a diversity of cultures had serious agreements on what constitutes evil. It was CS Lewis who said (correctly) that there is far more agreement on what is right and wrong in different cultures than disagreement. What Buddha is quoted as saying could have been said by a Hindu, a Sikh, St. Paul, or Moses – which is to say there is real agreement on this subject across cultures.

There are behaviors that are consistently condemned across the world. Buddha nailed them. Moses nailed them. Confucius nailed them. Jesus nailed them. Don't cross those lines; don't go there. These are lines of behavior that destroy, wreak havoc, and leave individuals and cultures in shambles. Like Venezuela. And that is why they are so universally condemned. Multiculturalism at its finest.

So why is the left crossing so many of these lines of behavior? A hint:

"In keeping silent about evil, in burying it so deep within us that no sign of it appears on the surface, we are implanting it, and it will rise up a thousand fold in the future. When we neither punish nor reproach evildoers, we are not simply protecting their trivial old age, we are thereby ripping the foundations of justice from beneath new generations."

―Aleksandr I. Solzhenitsyn, The Gulag Archipelago 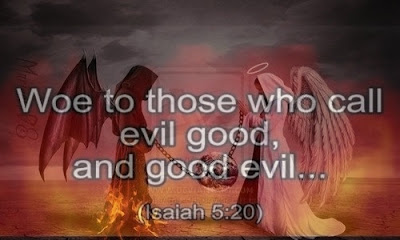