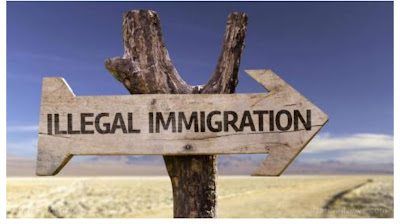 Americans should turn its attention away from total activism to adaptation. Soon our communities will be overrun with paramilitary forces that have been embedded for the moment that is fast approaching. The plan to take down America consists of three parts:
Following the defeat of the United States, the globalists will purge the country of undesirables and much of Biblical prophesy will be unveiled (eg hunting down Christians). When the NWO is as it is intended to be, this will begin a new age of Transhumanism, at least that is the plan. When God intervenes is anyone's guess. Some will connect these facts to the Tribulation. I am not yet convinced of this. However, I think it is entirely possible.
This is the second part of a four part series which focuses on the domestic front which will turn into a type of TET offensive against the American people. It is designed to paralyze the country for a variety of reasons that will be disclosed later in this article. In case you missed Part One, I have chronologically listed and described the four parts of this series. Part Two is so voluminous, it will be necessary to divide this part into several sub-parts. Here is the organizational structure of this series

This series will be divided up into the following parts:

Who Are America's Enemies?

Ask the average person who our enemies are, and the average person will identify the Russians and the Chinese.  They will list Middle East terrorists as an annoyance but most don't see them as a major threat. People are completely ignoring the fact that we have several subsets of an invading army in our country at this time. There are predetermined weapons caches that are in play and currently being assimilated into what could be be described as 5th column forces poised to negate America's military response to a Red Dawn invasion.here The Red Dawn invasion will follow the detablizing terror attacks on American soil. These 5th column forces are present in our country because the Southern border has collapsed. Crossing the border with people who genuinely want to be Americans are large numbers of these 5th column forces.

How Serious Is the Collapse of the Border?

I am in frequent contact with SEVERAL federal officials at the border. Their collective frustration level is beyond the boiling point. I recently had a detailed conversation with two federal officials, one was ex-special forces and the picture they print at the border is beyond grim.
As a partial aside, this is where my frustration with President Trump, in part lies. After visiting the border and moving the military to the border, what has he done? The President should conscript the services of National Guard after it is federalized in the name of national defense, combine this force with the military and station the military every 10 feet along our Southern border. This action could not be blocked by Obama-appointed activist judges because the Mexican military has already engaged in several incursions across the border. This is an act of war. Therefore, Trump is justified in defending the Southern border.
i have asked every federal official one question: How serious is the border problem?
Every federal official including the Border Patrol says the following:
What is entering our country is invading army consisting of terrorists, insurgents, well-trained military, hired political assassins and they have help from inside our government from the leadership of the Democratic Party as well as Deep State personnel embedded into our federal agencies that are protecting the agenda. And what is Trump doing? Absolutely nothing!
The next part in this series will cover the specific nature of the forces that are invading our country and what their specific missions consist of.