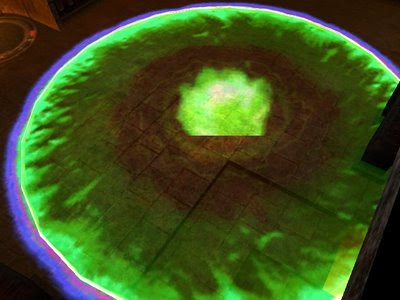 In Spain three weeks ago in a town called Alzira population (maybe about 50,000 people) 30 kilometres south of Malaga a big shot politician flew in by helicopter. The landing zone was in the local police station which was based close the centre of the town .The politician was coming to the town to sort out the compensation claims and worries of the peoples where a nearby local forest and bush fire had damaged property .These forest and bush fires are a common event in the dry October end of summer tinderbox Spanish country side.
三星期前在西班牙的一個鎮被稱為Alzira人口（也許約 50,000人），在馬拉加以南30公里，一位大人物政客乘直升機飛抵。著陸區是在當地接近市中心的派出所，政治家來到鎮裏是要理清索賠和人民的憂慮，為當地附近的一場森林和灌木叢大火已損毀了財產，這類森林和灌木叢火災在西班牙鄉郊於乾燥十月火藥桶的夏末是常見事件。
The difference this time was that the local police force used some high tech device from the police station that caused most all electronic items within 500 meters of the police station to be knocked out for about one hour. The Police told the locals it was a safety wave .This safety wave
effect lasted for about one hour in the early morning times while the Helicopter flew in and about one hour later flew out. The effects were no mobile phones in that 500 meter radius of the police station would work. No cars within that field effect could be made to start their engines. All other cars outside the region were not allowed to enter this safety wave region so it’s not known if they
can knock out engines that were running at the time of the safety wave event.
這次不同的是，當地警察部隊從派出所使用一些高科技裝置，造成派出所500米範圍內大多數電子物品失靈約一小時。警方告訴當地人它是一種安全波，這種安全波效果持續在清晨時間持續約一小時，當直升機飛抵及約在一小時後飛離的時候。影響是派出所方圓 500米內沒有手機正常工作，沒有汽車在影響場內可以啟動引擎。所有在區域以外的其它車輛不准進入這種安全波的地區，因此不知道它們是否能引致引擎失靈，如果汽車在安全波活動時間行走的話。
All satellite TV and cable TV devices in the safety wave region were knocked out also. We are talking a region festooned with multi story apartment blocks with hundreds if not thousands of normal Spanish going about their normal lives unaware that there was some sort of test of a safety wave device about to be given to them.
在安全波區域內的所有衛星電視和有線電視設備亦告失效。我們在談到一個地區，多層公寓大樓林立，有數百如果不是數以千計的西班牙人過著他們正常的生活，不覺察有某種安全波設備的測試被施予他們。
There seems to have been other unconfirmed issues suggesting pace makers and other medical devices were effected both within the safety wave region and possibly further than the safety wave field. There seemed to have been a local spike in death rates that day and for several days it was rumoured that the local funeral homes had a spike in burials.
似乎已有其它未經證實的問題，提出在安全波地區內和可能進一步超過安全波場兩處的起搏器和種種醫療設備都受到影響。似乎在那一天當地會有死亡率標升，已有好幾天傳出，當地殯儀館在墓葬生意大好。
There was no forewarning to the locals about this Police safety wave machines existence or its deployment for that day. Only under severe discontent from the locals suffering some bizarre event early morning in the central part of town forced the police to tell the locals they deployed this safety wave machine. The local and Spanish Main stream media didn’t mention this event which is pretty much the norm in Spain where the main stream media tows the political commands from the government. I was passing through the town a few days after the event to visit friends and got the story from the locals who were not happy to be the receiving end of these high tech devices that they had no idea even existed in their obscure stick Ville town in Spain.
這警察安全波機器的存在，或為那一天的部署都沒有向當地人預警。只是在當地人遭受離奇事件後，清晨在鎮的中央部分嚴重不滿迫使警方告訴當地人，他們部署了這安全波機器。當地和西班牙的主流媒體並沒有提及這一事件，那是西班牙頗常有的準則，主流媒體從政府拖拉政治命令。在事件發生後幾天探訪朋友我剛通過該鎮，從不高興做這些高科技裝置的接收端的當地人獲得這故事，他們甚至對裝置在他們含糊不清的西班牙鄉間威樂鎮的存在沒有想法。
This device is probably an offshoot of the Iraq war where to defend helicopters landing in the city centres from missiles and other attacks. If a jamming signal jams the incoming missiles electronics there is an increased chance that the missile will miss the target be it helicopters or the local police /army bases or even the Parliament or town halls.

Any attempt to launch missiles within the 500 meter radius protection zone will probably mean the missiles trigger and guidance systems will fail. Any attempt to use car bombs or ramming the target with modern cars or trucks could be more likely to fail. The bombs trigger systems could fail also. However older fashioned cars and trucks which don’t use electronic systems could be more able to get past these safety wave devices and bomb and IED trigger systems can be made to resist safety waves using shielding systems. Most modern new cars from about 1999 to 2000 are also now running using electronic systems and are actually designed to cause the car engines to quit when the police trigger the safety wave devices near to them. These smaller mostly hand held devices that police cars can use are to disable cars within 100 meters of the cop car with the safety wave
devices. All police car in modern European countries could soon like the USA police cars which are now able to stop most all car chases using these hand held safety wave devices. The Police car in the USA in car chases now triggers the safety wave device and the modern car that is being chased by the USA police car will suffer the motor stopping when its electronic ignition systems receive this signal to stop the engine. The result is the car chase finishes sooner.

However the same safety wave signal from the USA police is causing several other cars within the field of the police car to also stop their motors with no warning and this has caused accidents to innocent parties who were not involved in the car chases. This hand held cop car safety wave system could also lead to more motorway pile ups like the recent London UK M25 crash that killed
several peoples. This larger safety wave jamming device will probably affect most all electronic devices within the protection zone estimated to be 500 meters radius. It is probably some sort of massive EMP (Electromagnetic pulse) devise that creates a local magnetic pulse causing electronic devices that are not protected from this safety wave devise to fail. The biggest risk from cops having these devices in Europe or elsewhere and randomly using them is that anybody on pacemakers and
intricate medical devices like diabetic pumps could suffer injuries or death from an unannounced use of this safety wave machines in their regions. If the police forces supply some warning such as one day in advance their intention to deploy the safety wave the bad guys Al-CIA-DA (Al Qaeda) would receive forewarning a big politician is coming to town. The Al Qaeda might know ways to circumvent the safety wave from their CIA training manual meant for the rent a bogie man Al Qaeda terrorists .
They Al Qaeda know for instance not to use no electronic solutions for attacks The CIA manuals for Al Qaeda would suggest use primitive mortar fire or use older vehicles for ramming targets and shield electronics for IED and detonators for bombs .

Until more information arrives it could be advisable for all peoples on pace makers or similar medical devices to try not to live beside sensitive targets like Political centres, town halls, army or police stations. We can assume that all of these places in Europe will get these safety wave devices devises if they don’t already have them. Expect more false flag attacks from AL-CIA-DA units to European
targets to drag Europe into a war with Iran and Syria as the USA army forces hasn’t sufficient army strength to do these wars and will try to ensure Europe fights these wars alongside Israel and the USA. We can also assume these safety wave devices will increase their range from the present known 500 meters. If enough points in the towns have these safety wave devices the whole town will become a non-electronic run town for the duration of the safety wave which could be made to last weeks or months if the powers to be decide to use them in that way. Even Hospitals which would generally not have EMP or safety wave protected equipment could suffer huge spikes in death and injury rate while a safety wave is pressed into service nearby to them

Research is still on-going on this event or similar events in Spain and Europe or world-wide. All feedback from all sources especially army and police force members who have worked with these so called safety wave devices appreciated
Diarmaid O Seigefriede 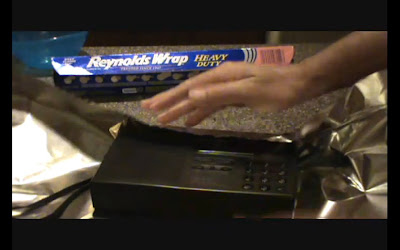