Researcher: Google Flipped Seats And Switched MILLIONS Of Votes To Dems in 2018 Midterms

Google has been in cahoots with the left for a lot longer than most people are willing to realize. But now a researcher has come forward once again detailing just how much the technology giant is changing the political landscape.

In an interview with RT, senior research psychologist Dr. Robert Epstein of the American Institute for Behavioral Research and Technology told media outlet that Google was able to flip seats and change millions of votes toDemocratss altering the outcome of the 2018 midterm elections. “Upwards of 25 percent of the national elections in the world are being decided without people’s knowledge by Google’s search algorithm,” said Dr. Epstein.

Epstein, who received his Ph.D. in psychology from Harvard University and is the former editor-in-chief of Psychology Today, said that his methodology was not only thorough, it was also incredibly meticulous. And when Epstein says “millions” of votes were shifted, he actually means almost 100 million of them. Google’s communist and “dramatically biased” results based on their own algorithms could have shifted over 78 million votes to Democrats. Epstein also went so far as to say that the search engine was the “deciding factor” in close races.

Google has become the main propaganda minister of our time. When discussing election meddling, perhaps Google should be mentioned just as often and Russia at this point. After all, there’s actually evidence of Google changing election results.

“We did this very, very carefully. We had field agents focusing on three congressional races in California which were very hotly contested races in Republican districts. And we gave to these field agents about 500 election-related search terms. Each one had different search terms for different districts, where there are different issues, of course. And the point is, we simply looked at what kind of search results they received when they were conducting election-related searches.” -Dr. Robert Epstein , via RT

Search results favoring one side of an issue can influence anywhere from 20 to 80 percent of undecided voters, depending on the issue and demographic group, Epstein said. He has spent six years investigating the role of what he calls the Search Engine Manipulation Effect (SEME) in swaying public opinion, more recently focusing on the political ramifications by looking at various countries’ elections.


This isn’t the first time Google has been busted brainwashing the public either. Almost one year ago, SHTFPlan reported that Google had attempted to sway the 2016 presidential election to Hillary Clinton. That research was also lead by Dr. Epstein. 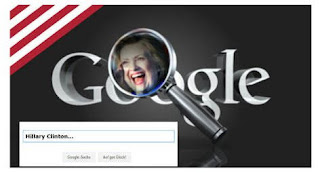 Led by Dr. Robert Epstein, the researchers concluded that by using this method of manipulation, search engines can shift a “50/50 split among people who are undecided on an issue to a 90/10 split without people’s awareness and without leaving a paper trail for authorities to follow.” Meaning the real collusion during the 2016 election was not between Trump and the Russians, but was between tech giants and their propaganda scheme and the Hillary Clinton campaign. – SHTFPlan

“People trust algorithmic output. They trust Google. They think because it’s generated by a computer, they don’t see the human hand – they think it’s impartial and objective and, because of that, their opinions change,” Epstein said. “We found very consistently that on Google they ended up with search results favoring liberals and favoring liberal news sources, and it was quite a dramatic effect.”

Google, of course, denies the allegations and suggests they didn’t manipulate the search rankings.  Epstein countered saying he understands that they didn’t alter the rankings, but they did display results that were biased and favorable to Communism and leftism in general.


Trump Says Google CEO "Totally Committed To The US Military"

Google CEO Sundar Pichai probably would have preferred to keep Wednesday's meeting with President Trump quiet, but the president had other plans. 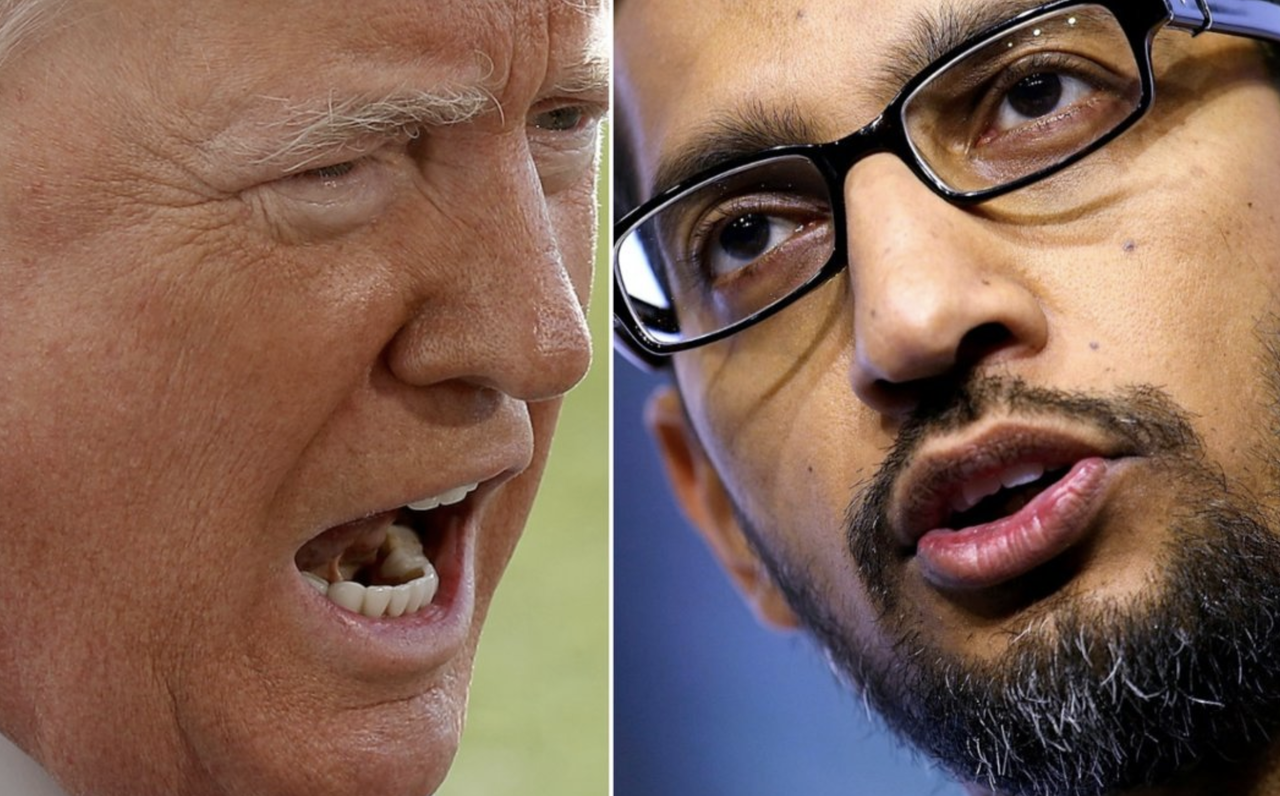 In a series of tweets Wednesday afternoon, Trump said his meeting with Pichai had gone well, and that the Google CEO is "totally committed to the US Military, not the Chinese Military." He added in a second tweet that the two had discussed "political fairness and various things Google can do for our country" (presumably Google's practice of discriminating against conservative news organizations, part of the company's crusade against "fake news", as well as its active support for Hillary Clinton during the 2016 election)

Just met with @SundarPichai, President of @Google, who is obviously doing quite well. He stated strongly that he is totally committed to the U.S. Military, not the Chinese Military....

Replying to @realDonaldTrump
....Also discussed political fairness and various things that @Google can do for our Country. Meeting ended very well!


15.4K people are talking about this


Trump concluded by saying the meeting went "very well."
The claim about Google's commitment to the US military might seem puzzling, however, during a Senate hearing earlier this month, Joseph Dunford, the chairman of the joint chiefs of staff, accused the company of "indirectly benefiting" the Chinese military via Google's work in China (which may soon include a censored search engine).

"We watch with great concern when industry partners work in China knowing that there is that indirect benefit," Dunford told members of the Senate Armed Services Committee at a March 14 hearing. "The work that Google is doing in China is indirectly benefiting the Chinese military."

Pichai was also scheduled to meet with Dunford on Wednesday.
No word yet on whether Trump mistakenly referred to Pichai as "Mr. Google."
https://www.zerohedge.com/news/2019-03-27/trump-says-google-ceo-totally-committed-us-military