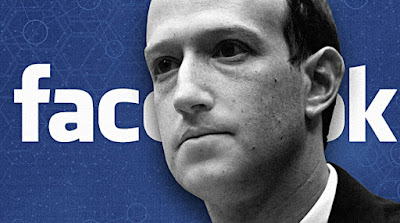 (Natural News) What you choose to share with the world on your social media accounts could directly impact how much you pay for insurance – or even if you’re allowed to have insurance coverage at all.

New reports warn that people need to be extra cautious about posting pictures or videos that might be perceived as them engaging in high-risk activities, as some insurance companies are now actively scouring social media for anything they can find like this to deny people coverage.

People who travel a lot could wake up one day to discover that their home insurance has been canceled, for instance, as their houses are deemed to be at a higher risk of burglary. The same is true for adventure-seekers who climb the Brooklyn Bridge to take a selfie, and who thus could see their life insurance policies get terminated.

Natural News has also received reports of conservatives who are seeing their home insurance policies canceled for sharing pro-Trump information online, as such activity was found by some insurance carriers to – brace yourself – increase the risk of a home invasion or attack by the domestic terrorist group Antifa.

“Especially for claims, they look into social media, looking to see if someone’s driving a motorcycle without a helmet or posting pictures drinking and smoking,” warns Duarte Pereira, senior vice president of the IT (information technology) consulting group FitechGelb, reiterating this point.

For more ridiculous news like this, be sure to check out Twisted.news.

Just one more reason to ditch social media, or at least go anonymous

This is what happens when people sacrifice their privacy in exchange for popularity and trendiness, baring every sordid detail of their lives online to the entire world. It might seem “cool” for a while, but in the end it almost always has consequences – including loneliness and depression, it’s important to note.

The good news is that not all hope is lost. It’s still possible to delete your social media accounts permanently, which in time will eliminate them from being accessed by the search engine “spiders” that tie them to your identity.

You can also change your name on platforms like Facebook and Instagram to an alias that won’t link to your true identity. At least right now, there’s no requirement that a person has to use social media – and if an employer, an insurance company, or anyone else asks to see your social media profiles against your will, you can simply tell them no without any fear of them finding these profiles without your consent.

“Nowadays, everybody just posts a selfie without knowing what could happen,” says New York resident Alfredo Rodriguez, as quoted by a local CBS News affiliate.

New York recently passed a new consumer protection law that requires insurance companies to first prove the need for mining social media data — before doing so — for coverage and rate-charge purposes. The hope, of course, is that the other 49 states will pass similar legislation in the interest of protecting consumers.

“We need to be careful about what we post to social media anyway,” Rodriguez adds. “That’s the reason I don’t use Facebook at all.”

Experts say that there are also ways to “clean up” or “reverse” your social media profiles if you fear that content posted there might be used against you.

For more news about how the internet, and social media specifically, are being used to enslave society and eliminate all privacy, visit Cyberwar.news.

Sources for this article include: