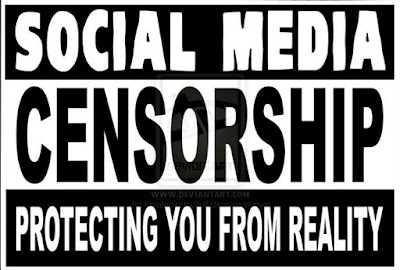 Periodically, over the next week, The Common Sense Show is going to cover the three reasons why Trump cannot win the General Election in 2020 unless he is willing to do what he has refused to do in the first two years of his Presidency, which is to regulate the media mafia we call Big Tech.

The three reasons why Trump will lose and America will have a Communist President can be summarized in three areas as it can be stated that Trump will because of the following:


The first installment of this series will cover, number three on this list, the failure of Trump to support his base.

The second area of concern relates to the monopolistic control of a particular business area. Anti-Trust legislation covers major concerns with the social media mafia. Google, for example and as will witness later in the article, clearly demonstrates that abusing one’s monopolistic control of an area of the media can and does influence elections. In short, the federal government should have already regulated Google, Facebook and Twitter and forced them to break up their monopolies under the Sherman and Clayton Anti-trust acts.

President Trump could not have won the 2016 election without the support of the Independent Media (IM), and he will not win the 2020 Presidential election without the same support from the IM. Ask yourself a question America, if the IM was the not the deciding factor in the 2016 election, why have the Big Tech companies invested billions of dollars to censor the IM through such practices as shadow banning, hiring rogue groups like the SPLC to monitor the sites of Youtube, Facebook and Twitter? It has cost the social media industry billions in perfecting software an hiring social justice warriors that will demonitize patriots, shadow ban subscribers from ever seeing the releases of patriot websites and video producers and the outright deplatforming people like Mike Adams. This all happened because the IM kicked the backsides of liberal media entities such as CNN and now the corporate controlled media.

In September of 2018, I was attending Steve Quayle’s conference in Branson, MO. In a private meeting at a local hotel in Branson, I was bemoaning the fact that Trump was not supporting his base by not enforcing existing laws against social media censorship. One of the participants in the conversation immediately put me in contact with a person who speaks to Trump on a regular basis. I detailed my legal concerns and this person who had regular access to Trump, was actually taking notes. He communicated to Trump my concerns and in the following week, Trump stated that he was going to enforce federal law against social media. After that, Trump made an announcement that had some of the elements that I had outlined to his contact, but in actuality, nothing happened. The conversation was also witnessed by Doug and Joe Hagmann and we discussed this event on their radio show.

With regard to the repression of free speech, Trump has done absolutely nothing to stifle the illegal censorship of the IM. Some have pointed out to me that Trump recently issued an Executive Order levied against universities to withhold their federal money if they don’t honor free speech and he is clearly moving in the direction of fighting back against censorship. Unfortunately, this is a only a symbolic action that carries absolutely no punch. Imagine DARPA contracts for the development of a $100 million dollar weapons system with Arizona State University. Do you think anyone in the federal government is going to pay attention to the Arizona State University’s social justice warriors stifling the free speech rights of an 18 year old kid and subsequently cancel the contract? I have some swamp land in Florida to sell if you believe that be true. Trump’s Executive Order is merely a symbolic action which I suspect is designed to placate people like myself into thinking he is doing something about social media censorship.

Trump’s lack of support for his base is so much in evidence, that the President will not even defend Mike Adams from having his website being deplatformed over playing a video of the Mosque massacre in New Zealand which clearly demonstrates the fact that the event was a false flag. Both Australia and New Zealand are threatening American patriot websites. The IM is burning and Trump is fiddling.

Dr. Robert Epstein is a San Diego-based Harvard Ph.D. who founded the Cambridge Center for Behavioral Studies and  is aa  Senior Research Psychologist at the American Institute for Behavioral Research and Technology (AIBRT), as well as a  UCSD visiting scholar, and served as editor-in-chief of Psychology Today., an this researcher also supported Hillary Clinton in 2016, In other words, this researcher, if he has a bias, he would clearly e classified as an extreme leftist. Yet, his recent study pointed out many of the concerns I have regarding social media and their inherent ability to illegally influence elections.

From Breitbart’s recitation of the research results:


Epstein says that in the days leading up to the 2018 midterms, he was able to preserve “more than 47,000 election-related searches on Google, Bing, and Yahoo, along with the nearly 400,000 web pages to which the search results linked.”
Analysis of this data showed a clear pro-Democrat bias in election-related Google search results as compared to competing search engines. Users performing Google searches related to the three congressional races the study focused on were significantly more likely to see pro-Democrat stories and links at the top of their results.
As Epstein’s previous studies have shown, this can have a huge impact on the decisions of undecided voters, who often assume that their search results are unbiased. Epstein has called this the Search Engine Manipulation Effect (SEME)
Sometimes, research results are so clear that they need very little  iation and this one of those times.

The question we are left with after presenting Part One of this series is, Does Trump want to win the coming election or not? His support base is left twisting in the wind and is being held hostage by illegal censorship practices of the left. Trump’s inaction against social media censorship, particularly when the law is on his side, is inexplicable and inexcusable. It is a mystery as to why Trump is blowing his chance to get elected. 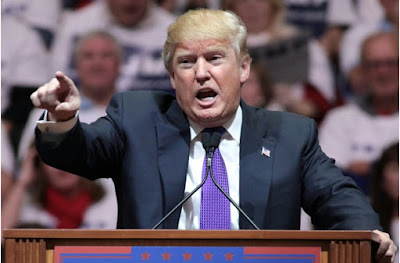 Many times during the 2016 campaign for President, Trump promised he would not only build the wall, he would make Mexico pay for the construction of the wall. This is exactly what Trump promised! 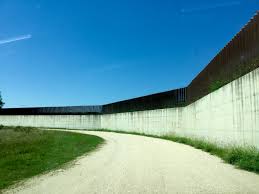 But instead of getting the border wall, and getting the Mexicans to pay for it,  the American people have been served up a big dish of this………Trump’s Trojan’s Horse 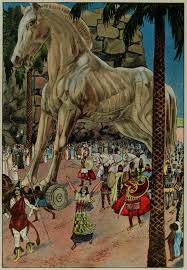 The following was originally reported in a Mexican publication called VXT and it was sent to me by Marilyn Rupar.
The VXT report was later translated and published in Borderland Beat. Here are key excerpts:

March 12, 2019 – Miguel Aleman, Tamaulipas, Mexico -Over the weekend, members of the Gulf
Cartel (CDG) confronted members of the Northeast Cartel (CDN) in Miguel Aleman, Tamaulipas,
Mexico. Both Cartels staged a strong confrontation – the town is minutes from our Southern Texas
Border. Both Cartels used high powered weapons ahttp://www.borderlandbeat.com/2019/03/cdn-vs-cdg-grenade-launchers-explode-in.htmlnd grenades.
January 2019 – As in previous clashes between the two Mexican Cartels, personal armored vehicles were
used. The new US made Hummers and trucks were equipped as tactical military vehicles with turrets.
Machine guns were mounted onto the vehicles, called, "armored monsters”. A witness reported the
shoot-out between the Gulf Cartel (CD and the Northeast Cartel (CDN) was massive. Their armored
vehicles were completely burned. It appears “40-grenade launchers” were used. The attack forced all
Cartel members to evacuate their vehicles.
One of the armored trucks was a Hummer similar to those used by members of the Gulf Cartel in a clash
with the Mexican military on January 2, 2019, in Rio Bravo, Mexico. Both “carried a turret from
where their occupants could shoot from inside the truck”. No dead bodies were not found. It is
presumed the Cartels removed the bodies from the bombed out vehicles according to reports.
January 9, 2019, Miguel Aleman, Tamaulipas, Mexico: Two Cartel convoys clashed ON THE SOUTH
TEXAS BORDER -93 miles south of Laredo, TX. Mexican Cartel sicarios (assassin /hitmen) of the
Northeast Cartel from Nuevo Laredo, Mexico, engaged with a convoy of sicarios of the Gulf Carte.
Several vehicles were used, including armored Hummers and trucks. The vehicles were completely
burned. The mostly burned bodies of 21 dead were found at the site. Grenade launchers were also used. 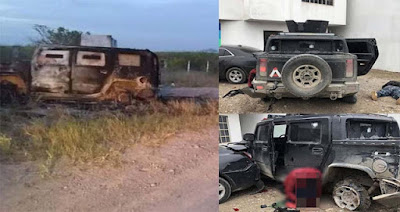 And just think, people say I a crazy because a Red Dawn invasion of the United States is a very real possibility. And this is only the tip of the Trump’s Trojan Horse’s Iceberg.
The LA Times is reporting the following:

The Border Patrol released 250 migrants here on Tuesday and Wednesday and expects to free hundreds more in coming days because there is no room to hold them.
Normally, the agency would transfer the migrants to Immigration and Customs Enforcement to be “processed” and in many cases placed in detention facilities. But officials said Wednesday that a recent influx of Central American families has led to a severe shortage of space.
Immigrant advocates suggested the releases were intended to sow confusion at the border and further President Donald Trump’s argument that there is a national emergency there.
“They are doing this deliberately so they can release a ton of people at once and create chaos,” said Efren Olivares, an attorney with the Texas Civil Rights Project, which sent lawyers to the McAllen bus station to monitor developments. “The government is trying to do this.”
He pointed out that the federal government has dealt with bigger influxes of migrants in the recent past.
A Border Patrol official — who spoke on the condition that he not be identified — denied that the release was a political stunt and said crowded facilities threatened agents and migrants.
“It is a crisis,” he said. “It’s not a self-proclaimed crisis.”
The agency plans to make similar releases along other parts of the border, he said.
In February, the Border Patrol caught 66,450 migrants, a 38 percent increase from January and one of the highest monthly totals of the last decade. More than half of those arrested were parents and children, and 40 percent of those were in the Rio Grande Valley.

As a side note, and in a conversation I had with a DHS agent, who has provided several leads for stories, stated that the border wall construction plans have changed from keeping migrants out to repelling a light infantry invasion. I now understand how right this DHS agent has been.

Releasing Thousands by the Day

Subsequently, I contacted two Border Patrol agents I have received valuable information from over the past four years and they both had a harsher judgment of the situation at the border.
I first read to them the LA Times account. In the two separate conversations, both agents scoffed at the mere release of 250 illegal immigrants. “What a ____joke” said one agent. Both agents indicated that they are releasing thousands of illegal immigrants by the day. The busses designed to transport these illegal immigrants into America’s interior, are lined in droves.
In a very disconcerting revelation, the agents both revealed that they are capturing and releasing many MS-13 immigrants. They, too, pose a real threat as they are the recognized hitmen for the cartels. Terrorist from every continent are being apprehended and then released. And this is, ladies and gentlemen, the proverbial tip of the iceberg.
When word of these events are made public, Trump does stand a chance of getting re-elected.