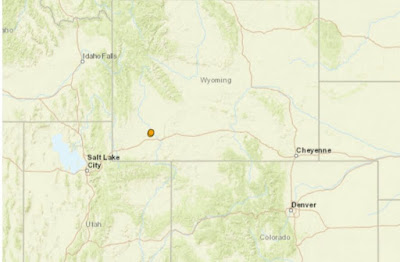 The US Geological Survey is reporting that over the past hour or so, three earthquakes took place in western Wyoming, near the Utah Border.  Trouble is, the "earthquakes" show a NEGATIVE DEPTH . . . . meaning they took place ABOVE the seismic ground sensors!

The Hal Turner Radio Show has called the USGS National Media Center and we spoke with Julie Dutton.

Dutton said these reports came in to the USGS from the Salt Lake City seismic network and the scientists at USGS are reaching out to the folks in Salt Lake City to find out what, exactly, is going on with these readings.   Here are the present USGS reports: 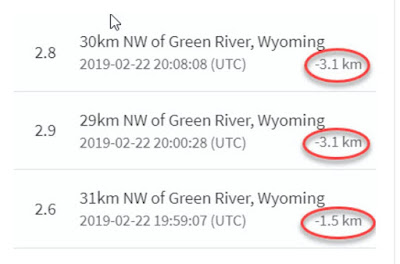 There are legitimate situations when a reading will show a NEGATIVE DEPTH.  For instance, seismic sensors are buried in the ground at certain depths.  But if there are nearby mountains that rise up a mile or two, and an earthquake takes place in the mountain ABOVE the sensor, then the sensor would report a NEGATIVE DEPTH because the quake took place higher than the sensor.

Another situation was the attacks of September 11. When the World Trade Center towers collapsed, THEY registered as "earthquakes" in the USGS system.

Of course, there are no World Trade Center type towers in that part of Wyoming, but what makes this unusual is, there are no large mountains nearby either!  Here's a more localized map of the 3 quakes: 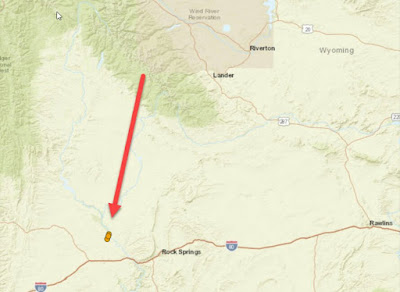 So what caused these negative-depth "quakes?"

Have there been some series of explosions that registered as "earthquakes?"  We don't know yet.

Dutton has our call-back info and has said the USGS will reach out when they get an explanation.  Could simply be equipment malfunction, or perhaps even human error.  That would be OK, machines break and people make mistakes; no big deal.

But absent any info, it is quite interesting that we see "earthquake" readings above the ground . . .

This story will be updated if and when USGS replies. 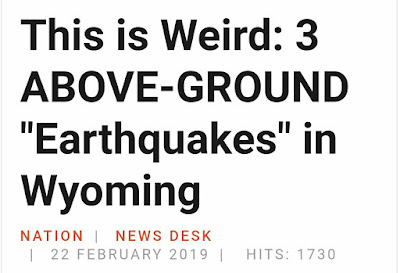