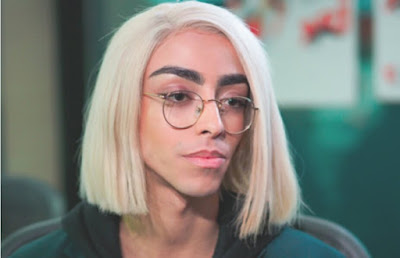 Bilal Hassani, a 19-year-old from Paris, recently won France’s selection contest for Eurovision with his song “Roi.”
Hassani was born to a Muslim family of Moroccan origin, is gay and performs in colorful wigs and heavy makeup.
He was well-known in France before the contest as an internet personality and for performing in a song contest for youth when he was 15.
The gender-bending singer,has received hateful messages and threats due to his sexuality and appearance and for his planned trip to Tel Aviv in May.
Israel won the right to host the 2019 Eurovision Song Contest by winning the 2018 edition, with singer Netta Barzilai’s “Toy.”
Hassani described himself as a “huge, huge fan” of Barzilai. His winning song, “Roi,” or “King,” carries a message of self-acceptance and empowerment similar to Barzilai’s “Toy.”
Earlier this year he was forced on the defensive after being accused by online critics of trivialising terrorism and making controversial remarks about Israel while he was in his early teens.
A tweet from August 2014 in which he accused of a “crime against humanity” during a ground offensive in Gaza has been shared online.
In another tweet earlier that year, he appeared to defend controversial comedian Dieudonne M’bala M’bala, a convicted anti-Semite.
Hassani told Le Parisien that at the time of the tweets he was “young and stupid” and that other people might have posted the messages under his name.
A video from 2018 has also surfaced in which Hassani and two friends declare “France suffered a lot, attacks here, attacks there. Oooh!” to hoots of laughter.
A senator from the conservative Republicans party wrote to the Eurovision jury to ask them to withdraw Hassani’s nomination for “trivializing” the series of jihadist attacks that claimed nearly 300 lives in France between 2015 and 2018.

As for the song and performance, it’s lame and boring and Bilal’s voice is mediocre at best. In a normal song contest it would not end up in the top ten, but this is Eurovision and the fact that he’s gay, Muslim and a migrant will most likely generate extra points, so who knows. 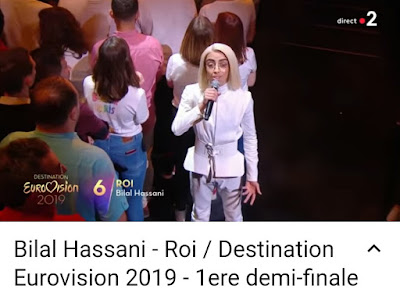 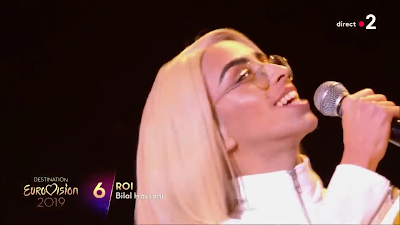 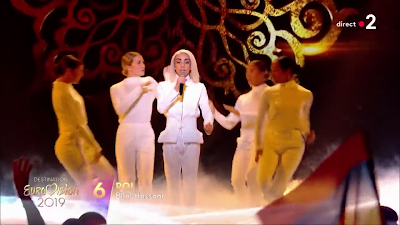 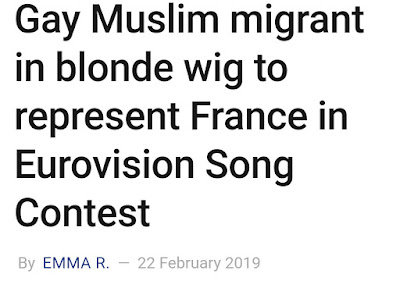 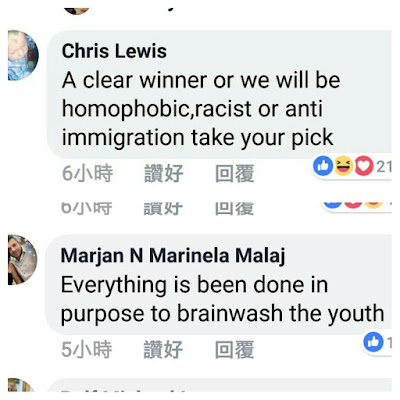 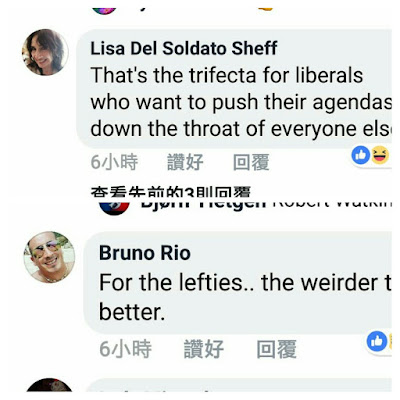