在殺嬰宣言之後基督徒怎麼還能夠是民主黨人?
How Can A Christian Be A Democrat After Infanticide Declarations? 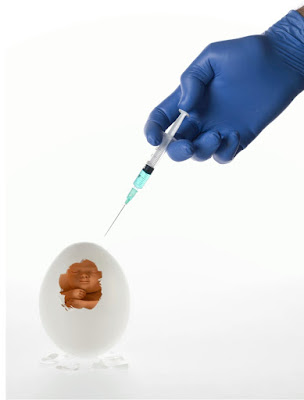 Yesterday the party of death shot down and blocked the Infant born alive act. All democrats but 3 voted against it. This is very serious. 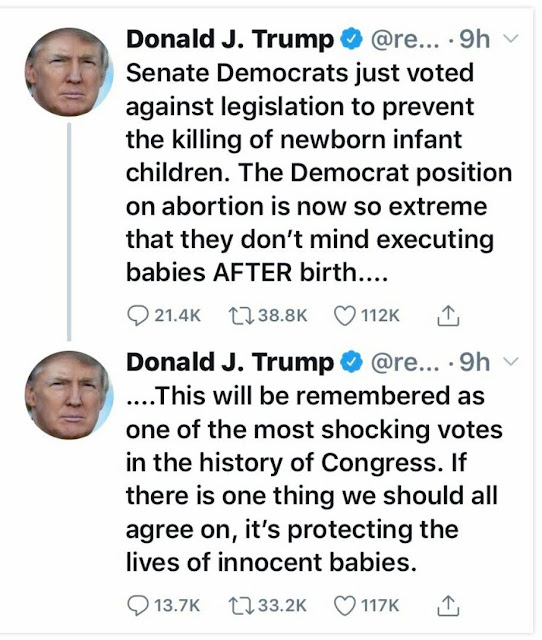 The Bill in part says this:
SEC. 2. FINDINGS.
Congress finds the following:
(1) If an abortion results in the live birth of an infant, the infant is a legal person for all purposes under the laws of the United States, and entitled to all the protections of such laws.
(2) Any infant born alive after an abortion or within a hospital, clinic, or other facility has the same claim to the protection of the law that would arise for any newborn, or for any person who comes to a hospital, clinic, or other facility for screening and treatment or otherwise becomes a patient within its care.
So again I ask How can a Christian be a Democrat? This is the biggest question the Churches in America should be crying from every pulpit. We have watched as states pass abortion up to and after birth. We have watched states trying to prevent this attacked and silenced. But what have we seen from the church?
Every single Christian in America who is a democrat should be in a race to their respective election headquarters to change their party affiliation. There are other alternatives such as independent. God is calling on His people to take a stand.
The Pope even spoke out recently and compared Abortion to hiring a hit man to take out a problematic person. According to Reuters he went on to say:
“I ask you: ‘Is it right to ‘take out’ a human life to solve a problem? What do you think? Is it right? Is it right or not?”
The only way this murder on demand will end is if the church stands firm. According to Pew Research Christianity is declining in America which is no surprise as emerging churches are doing a great dis-service to the faith. Anyway they say we are around 70% Christian and say this:
“To be sure, the United States remains home to more Christians than any other country in the world, and a large majority of Americans – roughly seven-in-ten – continue to identify with some branch of the Christian faith.”
So why are we silent on murder? Why don’t we send the party of death a great message from God?
It goes right along with Cortez and her push for government control of our lives in every aspect. She recently announced that we should think about not having children because life will become too hard. (More) That is the most ignorant thing to date she has said. Even worse than not eating hamburger because of her push to kill the Ag industry while regulating cow gas emissions. It’s worth noting that communist China limits births also. Is this what we want? (China’s population control)
How can a Christian be a Democrat? They can’t, not in good conscious. Too harsh? No it’s the truth. It’s time to decide who you will serve, mans sinful evil heart or God. Take a stand and shout I Am Not Ashamed Of The Gospel Of Christ!