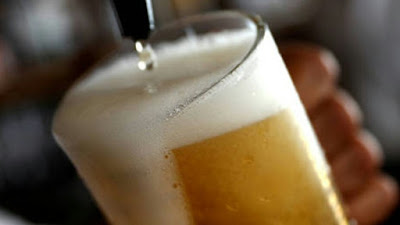 Enjoying a cold beer may not be so pleasant now that testing has revealed 14 top beers, including Coors Light and Heineken, contain traces of glyphosate from Monsanto’s Roundup weed killer.
Scientists looked at five wine brands, one cider and 15 top beer brands including Coors Light, Miller Lite, Budweiser, Corona, Heineken, Guinness and Stella Artois and foundglyphosate in all but one, Peak Organic IPA.
Tsingtao was found to be the worst beer for glyphosate, with 49.7parts per billion (ppb), and of the five wines, the 2018 Sutter Home merlot had the highest levels of glyphosate, with 51.4 ppb.
Glyphosate is found in Monsanto’s Roundup and is a probable carcinogen, according to the World Health Organization.
While the amount detected was below the Environmental Protection Agency limits, it is still “concerning given the potential health risks,” said United States Public Interest Research Group (PIRG), which carried out the testing.
Study author Kara Cook-Schultz said that despite the best efforts of drinks manufacturers, the worrying reality is that “consumers will likely drink glyphosate at every happy hour and backyard barbecue around the country.”
Although weed killer products are not permitted in making organic beers and wines, the study found three of the four organic alcoholic beverages tested contained the controversial chemical.
“This chemical could prove a true risk to so many Americans’ health, and they should know that it is everywhere – including in many of their favorite drinks,”Cook-Schultz said.
A spokesperson for the Wine Institute told USA Today that an adult would have to consume over 140 glasses of wine a day with the highest measured level of the chemical to hit even the ‘no significant risk’ level set out by California’s Office of Environmental Health Hazard Assessment.
In the first court case against Monsanto’s controversial weedkiller, a San Francisco judge found in October that Monsanto’s Roundup gave a groundskeeper cancer.
The first federal civil case alleging Roundup gave another man cancer began this week, and there are over 9,000 similar suits filed in the US. 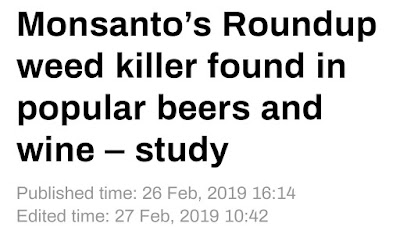