內塔尼亞湖: '聖殿山上將不會有另一所清真寺'
Netanyahu: ‘Won’t be Another Mosque on the Temple Mount’ 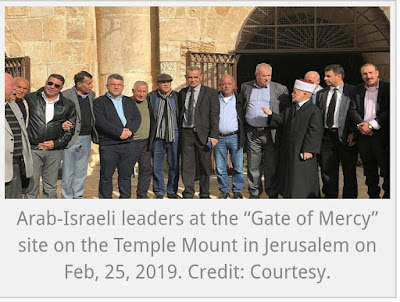 Tensions continued to bubble Monday on the Temple Mount after the “Gate of Mercy” structure near the Al-Aqsa mosque was certified as another mosque, with silent agreement from Israel, despite official denials issued by Israeli authorities.

Government officials said that Israeli Prime Minister Benjamin Netanyahu issued an order to remove equipment from the site and disallow prayer there.

The structure was recently fitted with rugs and other furnishings along with renovations. Eran Tzidkiyahu of the Forum for Regional Thinking visited the site on Monday and assessed that it would soon be used as a permanent prayer area for Muslims.

Meanwhile, the Islamic authority that oversees Muslim holy sites in Jerusalem, known as the Waqf, announced it has already appointed an imam for the “Gate of Mercy” structure and that its status would be identical to other sites of worship on the Temple Mount.

Israeli police on Sunday arrested the head of Waqf authority, Sheikh Abdelazeem Salhab, and other Waqf leaders, following violent protests last week on the Temple Mount. Salhab, who was released shortly after his arrest and barred from the area for one week, was appointed by neighboring Jordan.

From one mosque to five

If Israel does not act to reverse the trend, the number of mosques at the Temple Mount compound will stand at five.

Some 52 years ago, immediately following the Six-Day War, there was only one mosque, Al-Aqsa mosque. Over time, the Dome of the Rock was also certified as a mosque and mostly serves Muslim women on Fridays. In the 1990s, two other mosques were certified, but underground: the “Gate of Mercy” area, which some Muslims in recent days have hailed as the “fifth mosque,” was shut down by Israel in 2005 after a Hamas-linked group carried out activities there.

The new Waqf leadership, comprising officials from Fatah, the Palestinian Authority, Hamas and the Muslim Brotherhood, breached the site around two weeks ago, and last Friday thousands of worshipers prayed there. Waqf leaders arrested by Israel, as stated, were released a short while later on shaky legal grounds, as the aforementioned Hamas-affiliated group that had operated there, and which served as the pretext for shutting the site down, no longer exists, and doubts emerged over the legality of the most recent closure order.

It should be noted that before 2005, although the compound was controlled by the Muslims it didn’t function as a mosque and people normally didn’t use it for worship.

Senior Arab-Israeli figures, among them the head of the High Follow-Up Committee for Arab citizens of Israel, former Knesset member Mohammad Barakeh, together with representatives of the Balad and Ra’am parties, visited the structure on Monday and met with Waqf leaders.

“It is the right of every Muslim to prayer at Al-Aqsa mosque. The actions of the Israeli government to Judaize Jerusalem and erode the status quo at Al-Aqsa will be met with strong resistance,” they threatened.

An Israeli government official said: “The prime minister gave instructions to enforce the court’s order without compromise. The political echelon won’t allow the site to become a mosque. This directive was passed to the police and this message was delivered to certain authorities and to Jordan as well. The prime minister has instructed the public security minister [Gilad Erdan] to remove the rugs and other equipment from the site.” 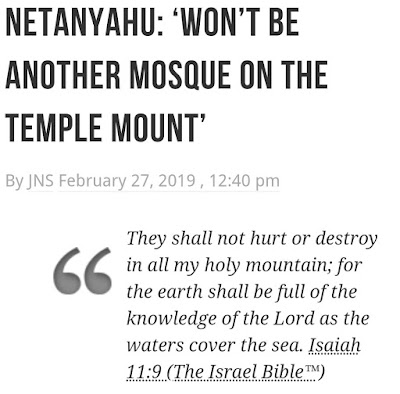 
Dershowitz在推特: '控訴內塔尼亞湖將會打開潘多拉的盒子'
Dershowitz on Twitter: ‘Indicting Netanyahu Would Open Up a Pandora’s Box’ 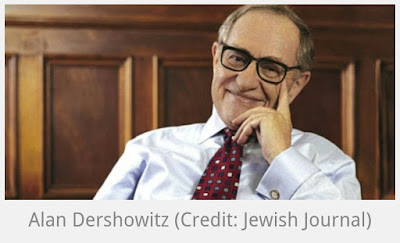 Dershowitz, one of the most prominent Jewish lawyers in the United States and worldwide, posted the letter on his Twitter page.

“Such charges would open up a Pandora’s box out of which would flow a parade of horribles: Every government official—legislators, judges, prosecutors, police offices, administrators—who sought positive coverage in the media, and then did anything that helped the media, would have to be investigated,” he wrote.

In Case 2000, Netanyahu allegedly supported a law that would curtail Israel Hayom to gain fairer coverage from its competitor Yediot Achranot in a deal struck with its publisher Arnon “Noni” Mozes. Netanyahu ultimately voted against the law, leaving prosecutors to deal with possible motives but no real evidence.

“In the Yediot matter, more than 40 Knesset and cabinet members voted in favor of the newspaper, while [Netanyahu] effectively killed the bill and went to elections. Many of the Knesset members then received positive coverage in Yediot Achranot. Yet they were not investigated. Only the prime minister, who killed the bill, is being prosecuted. This disparity illustrates the enormous discretion prosecutors have in selectively prosecuting alleged violators of this open-ended prosecutorial tool.

“There is no limiting principle to this open-ended intrusion of the criminal law into the delicate, and legally protected, relationship between government officials and the media.”

The letter continued: “Any such charge would give law enforcement far too much power to dictate to the media and to officials they cover how they relate to each other. In a democracy, criticism of the relationship between media and government should be left to voters, not prosecutors.

“I urge you, Mr. Attorney General, to consider the dangerous implications for democracy and freedom of the press if you go forward with these charges against the prime minister.” 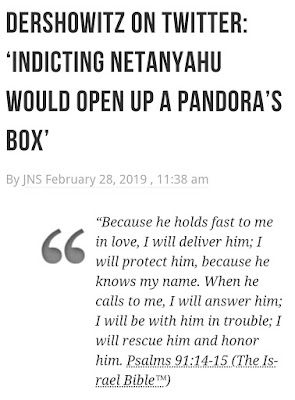