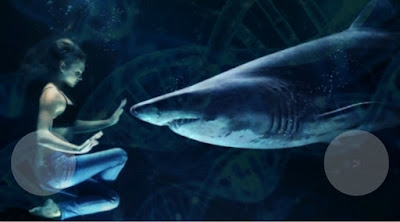 There are few creatures on Earth that inspire the same kind of awe as Carcharodon carcharias, commonly known as the great white shark. Its reputation as a predator is peerless and recent research suggests that its agility and prowess in hunting may have driven the gigantic megalodon shark to extinction some 3 million years ago. A born hunter and rapid healer that scientists have only recently observed sleeping, it never stops swimming from birth until death: to do so would mean to suffocate and die. It cannot be domesticated, nor has one ever been kept in captivity for long: prior to 1981, none had ever lived longer than 11 days. Despite – or perhaps because of – their 16 million years of life on this planet, great whites have remained largely enigmatic to researchers.

That is swiftly changing. A team of scientists from the Guy Harvey Research Institute (GHRI), Nova Southeastern University's (NSU) Save Our Seas Foundation Shark Research Center, the Cornell University College of Veterinary Medicine, and the Monterey Bay Aquarium recently announced the success they've had in mapping the great white's genome in a forthcoming issue of the Proceedings of the National Academy of Sciences (PNAS). As it turns out, there's a lot going on genetically speaking.

The great white genome contains roughly one and a half times the information of a human's: they are programmed by 41 pairs of chromosomes, compared to a human's 23. These genes tell a story of successful evolution and survival against millions of years of environmental changes in its habitats.

A press release from NSU reports that:

"The researchers found striking occurrences of specific DNA sequence changes indicating molecular adaptation (also known as positive selection) in numerous genes with important roles in maintaining genome stability ¬¬- the genetic defense mechanisms that counteract the accumulation of damage to a species' DNA, thereby preserving the integrity of the genome.

These adaptive sequence changes were found in genes intimately tied to DNA repair, DNA damage response, and DNA damage tolerance, among other genes. The opposite phenomenon, genome instability, which results from accumulated DNA damage, is well known to predispose humans to numerous cancers and age-related diseases."

In other words, great white sharks have evolved to repair damage done at the genetic level. This ability to heal trickles down to the wounds that may be suffered as part and parcel of being an aquatic apex predator. "We found positive selection and gene content enrichments involving several genes tied to some of the most fundamental pathways in wound healing, including in a key blood clotting gene," said Dr. Michael Stanhope, a researcher from Cornell University. "These adaptations involving wound healing genes may underlie the vaunted ability of sharks to heal efficiently from even large wounds." 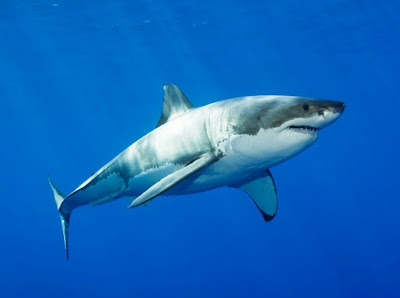 As an article in Wired points out, this genome stability has some scientists pondering the potential ramifications for humans and cancer treatment, with plans to splice genome-stabilizing genes into mice, which will then be exposed to various carcinogens. Suffice it to say, this research is a long way off from producing a wonder pill that will protect humans from cancer. To be clear, consuming shark cartilage or any other shark product will not turn you into a shark, give you shark qualities, or in any way endow you with great white healing abilities. "You're no more likely to get protected from cancer by eating shark than you are likely to develop the ability to swim faster," Stanhope told Wired.

Perhaps another 13 million years of evolution will get us there. 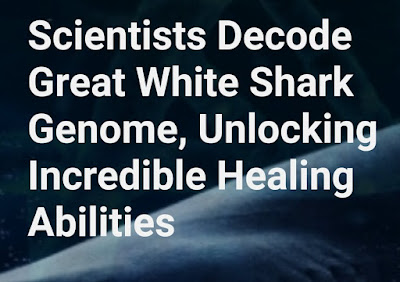 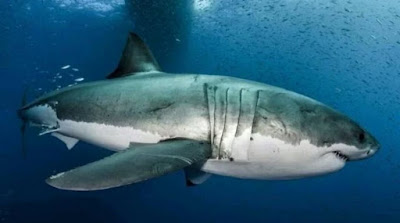