丹麥有些東些東西變質了?政府想要商店停收現金
Something rotten in the state of Denmark? Govt wants stores to stop accepting cash 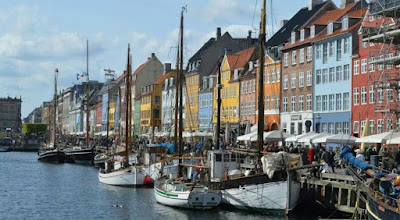 The Danish government is considering changing current laws which make it compulsory for the vast majority of stores to accept cash payments. The measure is part of Copenhagen’s push for a completely cashless society by 2030.

The law change would allow petrol stations, convenience stores and clothing shops to choose to only accept card and online forms of payment. The anti-crime measure would provide additional security for stores, according to Denmark’s Business Minister Rasmus Jarlov.

“Fewer people use cash today, so we think there should be a balance between the difficulty and security risks placed on business owners and the benefits of accepting cash,” Jarlov told the DR broadcaster.

A 2017 law enabled certain types of stores to apply for a dispensation to be cash-free between 10pm and 6am.

The minister said that, “If you still want to use cash, I would advise saying so to the stores where you shop. I expect businesses to listen to their customers.”

“We are not forcing anyone to stop using cash,” he added.

Certain services, including supermarkets, postal services, doctors, pharmacies and other stores with “central societal functions,” will still be required to accept cash.

Denmark’s endeavor to move towards a completely cash-free economy has been the subject of heated debate lately; with opponents saying the measure is aimed at placing citizens exclusively under state control.

The government has “set a 2030 deadline to completely do away with paper money.”

Mobile payments and bank cards have been adopted widely and have become more popular than old-fashioned cash payments not only in Denmark but in neighboring Sweden, Norway, and Finland as well.

Increases in stores refusing cash could impact some sections of society more than others, according to Troels Holmberg, senior economist with the Tænk (Think) consumer rights group.

“There are some groups in society which don’t have any option other than to pay with cash. There are young people, disabled people, socially underprivileged – we also need to consider their needs when we set out legislation,” he explained. 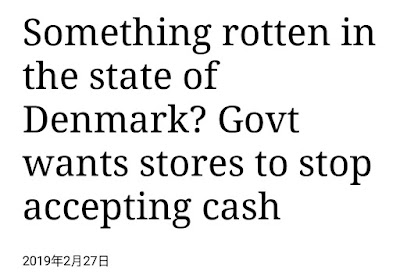