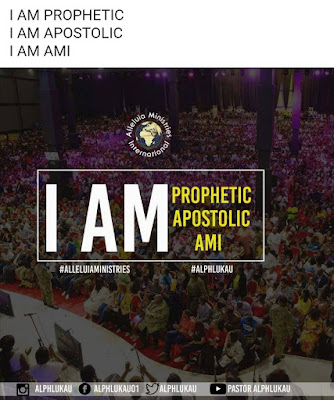 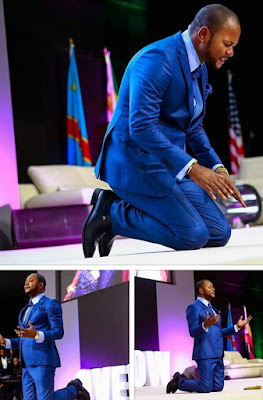 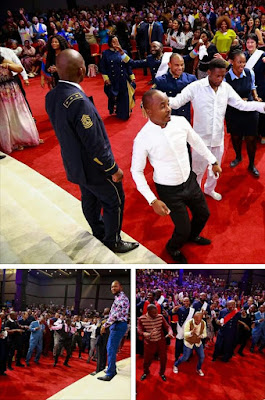 Those of us who work in the paranormal, archeology and weird science and news business are accustomed to hoaxes and frauds, but this one should be required reading and watching for future fakers looking for guidance on what NOT to do. A video of a minister praying over a man’s body in a casket shows the alleged corpse suddenly sit up ‘alive’. The video quickly went viral, with the help of the minister’s own Facebook and Twitter pages, and just as quickly was shot down by slings and arrows from around the world. For what has to be the first time in history, a funeral home is now suing the pastor for bringing one of its former customers back from the dead. Will the guy get a coupon for his real funeral?

“A DEAD man came back to LIFE in this service. I speak a RESURRECTION miracle in your life.”


That’s just one of the many titles of stories that accompanied the video of Pastor Alph Lukau of the Alleluia International Ministries praying for the allegedly deceased Zimbabwean national Brighton (Elliot) Moyo who was in a coffin before the healing powers of Lukau jolted him ‘back to life’. (See the video here.) At that point, Lukau addressed the seemingly amazed crowd.

“Can you see what happened? This man died since Friday, he was in the mortuary. This is a sign that no matter what the devil’s done it is over. Devil, I told you wherever I find you I will kick you.”


The word “miracle” hadn’t appeared in that many headlines since the Chicago Cubs finally won the World Series. But almost as quickly as Moyo sat up, the word “miracle” in the headlines changed to “hoax” as Lukau’s fraud was exposed. While Moyo’s relatives claimed they were on their way to Zimbabwe for his burial when they decided to visit Lukau’s church, minister Busi Gaca says he got suspicious when he saw the hearse driver run away after dropping them off. It was like he heard a ghost … or something worse. 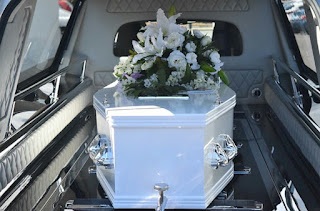 
Or when they hear they’re part of a fraud about to be exposed? Pastor Rochelle Kombou says it was obvious what was going on, and it was something witnessed in the church before.


“By the time the man of God [Lukau] got to him he was already breathing. I was screaming. I saw his tongue moving. It was not a resurrection miracle, we are saying the testimony was completed by the one who is chosen to do what he does. These miracles of healing and deliverance were not an unusual sight at the church. The responsibility of the man of God is to help the testimony to come to life. The man of God completed the miracle by praying because prayer is the key.”

Prayer … and a good alibi. The church officials claim Moyo was already on his way back from the dead (they couldn’t bring themselves to say he was never dead – leaving their options open for future ‘miracles’?), but the funeral directors of the Kings and Queens, Black Phoenix and Kingdom Blue funeral parlors claimed through their advocate that they were unwittingly coerced into the hoax by the large group of people involved in the scam who obtained a coffin from one, stickers from another and the hearse from a third. 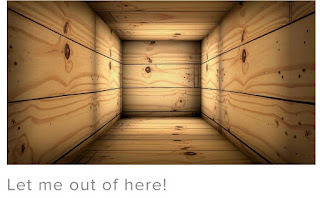 “At no stage did Pastor Alph claim that he had resurrected the person shown in the video, who was identified by his family as Elliot. From the video footage it is clearly stated that when the mortuary vehicle arrived at the Church premises there was already movement in the coffin. Prior to even praying for Elliot, Pastor Alph states that Elliot is in fact breathing. The facts surrounding Elliots death were presented to Pastor Alph by Elliot’s family (as seen in the video footage) and these were then reported as such … during the service Pastor Alph clearly states that the extent of the miracle needs to be verified and that such verification should include interviewing Elliot’s doctor and everyone in the mortuary.”

In other words, it’s everyone else’s fault because they didn’t check things out first. Outside of “I didn’t do it and I’ll never do it again,” that’s the number one excuse of hoax perpetrators.

The story should serve as a lesson and a warning. Religious beliefs around the world are strong and mourners are extremely distraught and susceptible to grabbing for even seemingly unbelievable offers of hope. Don’t blame the vulnerable for their actions while at the same time fostering a culture that promotes financial gains by any means, hiding behind the mask of “they should have known better.”

Excuse me while I answer that call from another telephone solicitor. 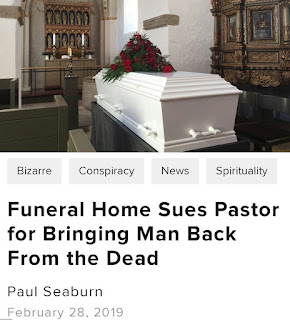 JOHANNESBURG - Alleluia International Ministries has moved to defend pastor Alph Lukau after the so-called miracle resurrection in Sandton on Sunday.

A video showing Lukau praying over a supposedly dead man - who then rises from a coffin - continues to be widely shared online. 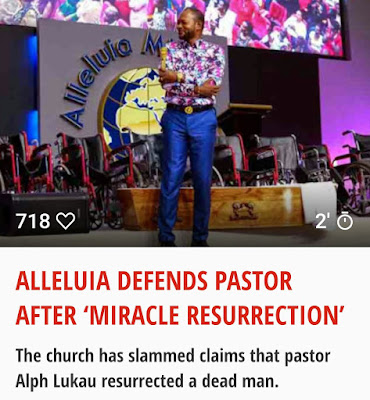 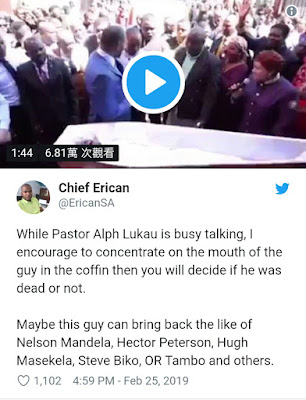 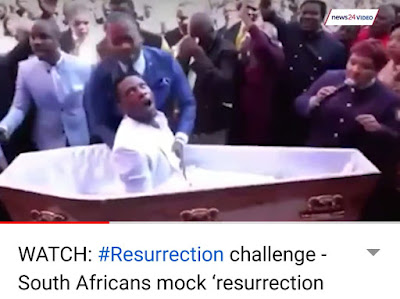 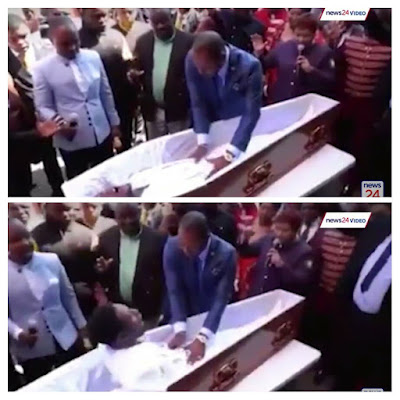 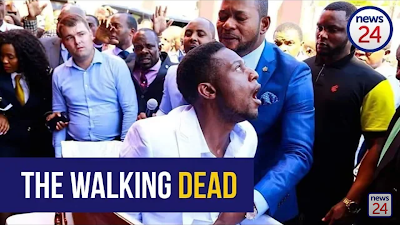 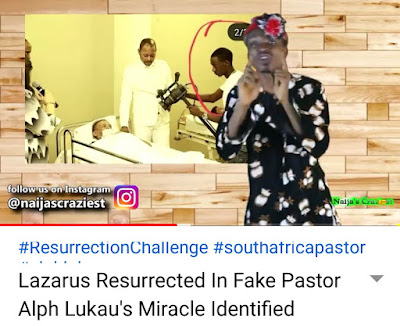 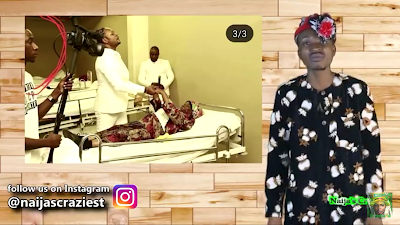 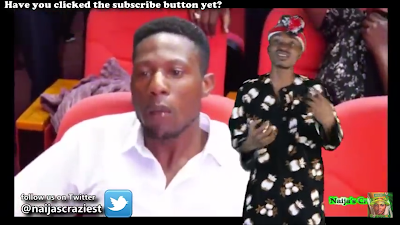 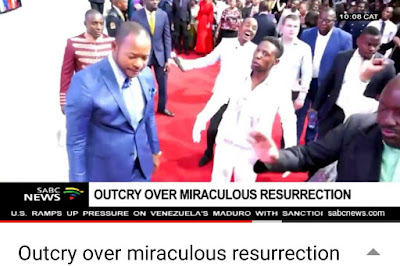 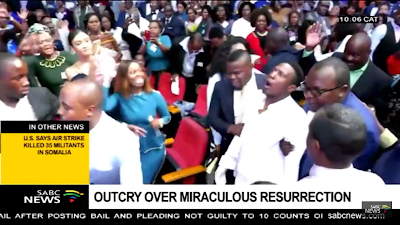 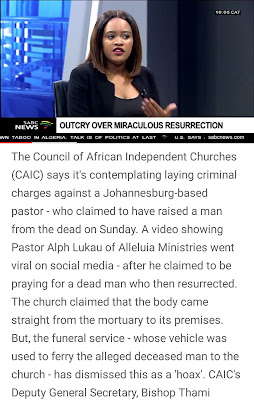