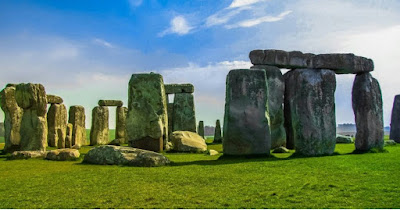 Stonehenge is the gift that keeps on giving employment to minions of archeologists, historians, reality show hosts and the like by keeping its origin, purpose and other mysteries mysterious. Every once in a while, a piece of the Stonehenge puzzle is solved – usually closing one hole but, unlike conventional puzzles, opening a few more. One puzzle that would seem to be easy to solve is finding the original quarry where the stones were cut. And yet, it’s taken until now to find that quarry (make that quarries) … where the monument’s smaller bluestones came from. A second piece of the puzzle may also have been solved – how they were transported to their final standing place. What new holes have these pieces opened? Anxious archeologists with bills to pay are awaiting.


“What’s really exciting about these discoveries is that they take us a step closer to unlocking Stonehenge’s greatest mystery – why its stones came from so far away. Every other Neolithic monument in Europe was built of megaliths brought from no more than 10 miles away. We’re now looking to find out just what was so special about the Preseli hills 5,000 years ago, and whether there were any important stone circles here, built before the bluestones were moved to Stonehenge." 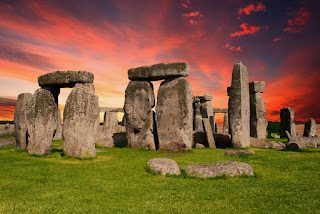 In press release from University College London and a paper published in Antiquity, UCL Archaeology professor and study leader Mike Parker Pearson explains that the bluestones (found in the inner horseshoe and outer circle of Stonehenge) have now been proven to come from almost 180 miles away in Wales from the stone outcrops of Carn Goedog and Craig Rhos-y-feli. These outcrops are made of natural vertical pillars of stone with cervices or vertical joints that would have made things easy for Neolithic carvers to simply insert wedges, pound, yell “Look out!” and watch them fall. Being incredibly hard stones, breakage was minimal.

That obviously was the easy part. The rest of this contract involved getting the bluestones from the Preseli hills to Salisbury. While much credence has been given to the theory that the heavy stones were floated up the Bristol Channel and along the Bristol Avon towards Salisbury on rafts (similar to the way pyramid stones were transported in Egypt), study co-author Professor Colin Richards (University of the Highlands and Islands) says the researchers found the remnants of man-made stone and earth platforms at the bottom of the outcrops.

“Bluestone pillars could be eased down onto this platform, which acted as a loading bay for lowering them onto wooden sledges before dragging them away.”


And co-author Professor Kate Welham (Bournemouth University) points out that the quarries are on the north side of the Preseli hills which gives a relatively flat route for them to be pulled on rollers by cattle and men overland all the way to Salisbury Plain. 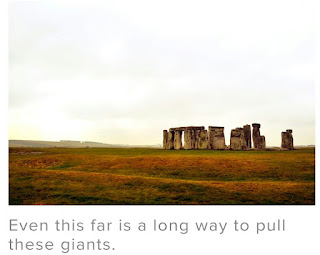 Pulled from Wales to Salisbury? Perhaps that’s the new hole opened by fitting this study’s “the bluestones are definitely from Wales” piece into the Stonehenge puzzle.

Rest easy all you archeologists, historians and druid priests – your jobs are safe … for now. 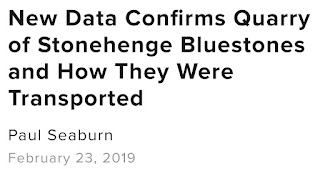