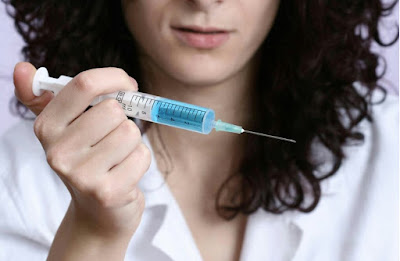 (Natural News) A shocking new report from the National Vaccine Information Center (NVIC) reveals that Florida is now following liberal California’s tyrannical lead — along with 29 other states looking to usher in vaccine mandates this season. Over 100 bills targeting vaccine rights have been filed nationwide. While a select few are doubling down on rights to medical freedom and informed consent, a devastatingly large majority of these bills are aimed at restricting or eliminating the rights of the American people.

The NVIC Advocacy Portal team has reportedly identified a number of bills which flat-out threaten voluntary vaccination decisions and has issued multiple advocacy alerts for bills which threaten health freedom.

Vaccine mandates are a threat not just to human health, but to American freedom. Beyond concerns about potential vaccine damage, there is a greater concern about state and federal governments expanding their power. Allowing government entities to force the public to be vaccinated sets a dangerous precedent for the future. And once you give government the power to do something, they’re not going to just give it up.

The rise of vaccine mandates

California became the nation’s leader in vaccine tyranny just a few short years ago, with the passing of SB 277. Senator Richard Pan is credited with pushing SB 277 into action and dismantling parental rights when it comes to inoculation and children’s healthcare.

According to a report from the Sacremento Bee, Pan has received many thousands of dollars from the pharmaceutical industry. Vaccine manufacturers reportedly gave millions to multiple California politicians just shortly before SB 277 was pushed through.

Dozens of pharmaceutical companies made hefty campaign contributions as well as direct lobbying payments. “Lobbying payments” is, of course, a term used to whitewash what these “payments” really are: Bribes.

Pan himself received a cool $95,000  — earning him the lion’s share of pharma cash, as well as the champion of mandatory vaccine legislation.

And yet, politicians like Pan try to convince the public that their legislation — no matter how unconstitutional — is fueled solely by their desire to protect the public. It’s as if we’re supposed to believe the millions of dollars these tyrants receive from the pharma industry has had no influence on their opinions — even though the sole purpose of lobbying is to influence politicians and their policy decisions.

In addition to pushing vaccine mandates, Senator Pan has also tried to outlaw vaccine skepticism. Just in case making vaccines mandatory wasn’t enough, the tyrant-in-chief wants to make sure the public can’t even talk about vaccine science — unless it’s a government-approved conversation. Surely thought suppression and censorship will be for the “public good,” as well.

Indeed, the war on free speech is actually the perfect complement to the war on health freedom. As Mike Adams, founder of Natural News and creator of Brighteon.com, contends, once “fake news” is criminalized, any speech that dissents from the leftist narrative will be rendered illegal.

No matter how you slice it, vaccine mandates are a threat to humanity. And now that the vaccine industry has tested the waters in California, we are seeing an uptick in mandatory vaccination legislation nationwide. Soon, the federal government may even be in on it.

See more coverage of the latest vaccine atrocities at Vaccines.news.