社會保障基金會在2020年陷入赤字;將會在2035年左右完全破產...各國政府將竭力尋找方法減少世界各地人口
Social Security fund to go into the red in 2020; will be completely bankrupt by 2035… governments will desperately find a way to kill off populations around the world
April 28, 2019 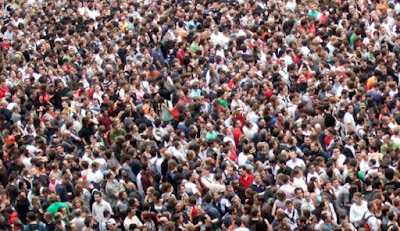 (Natural News) According to the 2019 annual report published by the Social Security and Medicare Board of Trustees, the Social Security fund will go in the red in 2020 and could potentially go bankrupt by 2035. If nothing is done to boost revenue or re-configure how the money will be distributed, then countless retirees, disabled persons, widows, and surviving children will be left with little to no funds to help them navigate through the most uncertain times in life.

The sad part about this shortage is that Social Security is not welfare; this trust fund is not dependent on tax money. Workers pay into the Social Security system during their working years. The system acts as an insurance once a person retires. The benefits are also paid out to disabled persons, widows, and dependents of deceased parents.

Due to the projected shortages, the U.S. government has a perfect opportunity to begin culling the population over the next three decades, restricting what is paid out through the Social Security safety net. As school textbooks teach children about the problem of “overpopulation,” the government obviously views humanity as a liability.

Social Security may not survive long past its 100th birthday

The Social Security program has been in place for 84 years and has collected approximately $21.9 trillion. In that time, the program has paid out roughly $19 trillion. The program currently has a reserve of about $2.9 trillion, which is divided among two trust funds. In 2020, the amount being paid out will supersede the amount coming in, forcing the program to dig into its reserves. With the trend continuing over the next decade, social security reserves will be dried up by 2035, drastically impacting vulnerable subsets of the population.

The report warns “that lawmakers [should] address the projected trust fund shortfalls in a timely way in order to phase in necessary changes gradually and give workers and beneficiaries time to adjust to them.” The Trustees said, “Implementing changes sooner rather than later would allow more generations to share in the needed revenue increases or reductions in scheduled benefits.”

The recent decline in birth rates is slowing the amount of money coming in. The number of baby boomers who are reaching retirement age is dramatically increasing, causing a spike in beneficiaries. Young workers may soon have to pay more into Social Security in order to keep the program solvent for their parents. The retirement age for beneficiaries may have to be increased in order to stall the amount of money going out.

Not to mention, the benefit amount for retirees is losing its real-world purchasing power. Because of runaway government spending, inflation has weakened the purchasing power of the dollar. The amount of money that retirees will receive in ten years will not go nearly as far as the same amount did ten years ago.

In order to keep society’s safety net limping along, central planners may embrace subtle population control methods. To reduce the number of beneficiaries in the Social Security system, the government may have no choice but to cull the population. This can be achieved through healthcare. False positive cancer diagnoses are common and trick people into getting aggressive cancer treatments that make the body frail and the immune system weak.

Because of its shortfalls and the runaway inflation of the dollar, the Social Security system will soon become a vessel to manipulate the population. A new Counter Think segment by Mike Adams called, “The Annihilation Agenda”breaks down the ways in which the government openly promotes the extermination of people.  This extermination is encouraged by the mass prescription of psychiatric drugs that destroy empathy and impulse control, leading to mass shootings and erratic, suicidal behavior. Whether it’s legalization of physician-assisted suicide, the legalization of infanticide, the constant inciting of hate from liberal media, the mass production of sterilizing chemicals in vaccines, or the suppression of human knowledge via social media censorship – self destruction of the population is the end goal.