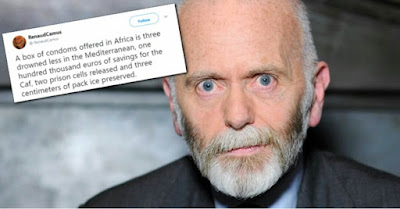 Controversial French writer Renaud Camus could face being prosecuted under hate speech laws after he tweeted that it would be a better idea to send condoms to Africa than to allow Africans to emigrate to Europe.

Camus, author of ‘The Great Replacement’ – which argues that there is a global agenda to demographically replace white people in Europe, is in hot water after suggesting that preventing Africans from breeding would stop migrant deaths, prevent crime, reduce the strain on the welfare system and slow climate change.


“A box of condoms offered in Africa, that’s three fewer people drowned in the Mediterranean, a hundred thousand euros in savings for the French benefits system, two prison cells freed up and three centimetres of ice shelf preserved,” he tweeted.


Camus could now be charged with a hate speech crime after LICRA (International League Against Racism and Antisemitism) filed a complaint.

The French polemicist was previously fined €4,000 euros in 2014 for referring to some Muslims as “hooligans” and asserting that they were “the armed wing of a group intent on conquering French territory”.

Camus has denounced “mass immigration and Islamization” which he says is a form of “genocide by substitution,” while also advocating for migrants to be returned to their home countries. 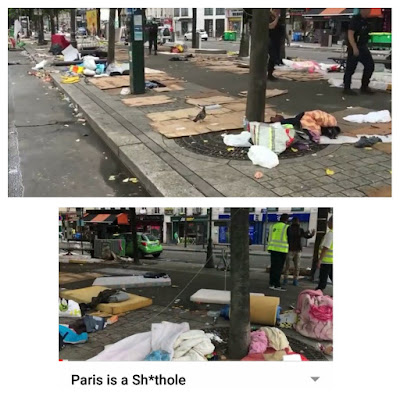 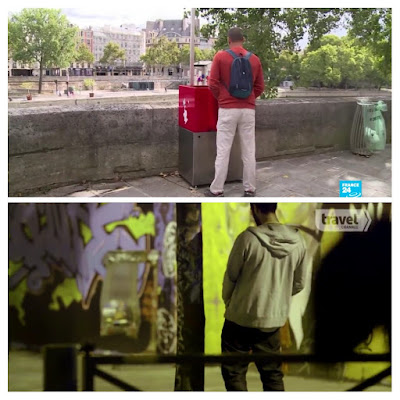 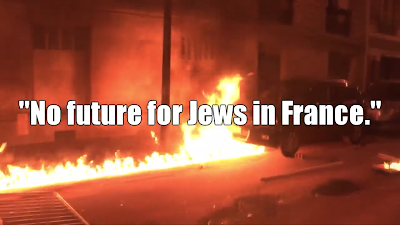