“When the army of the king of Babylon was waging war against Yerushalayim and against the remaining towns of Yehuda—against Lachish and Azeika, for they were the only fortified towns of Yehuda that were left.” Jeremiah 34:7 (The Israel Bible™) 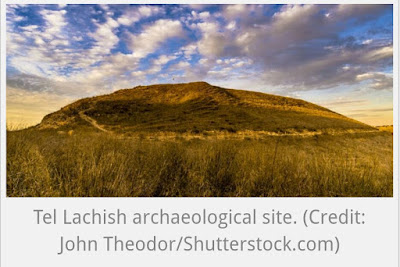 The find of 10th-century BCE fortifications of Lachish supports the Bible but not all archaeologists are convinced.

Prof. Yosef Garfinkel, head of the Hebrew University of Jerusalem’s Institute of Archaeology, announced at the university’s archaeology conference two weeks ago that he had uncovered a fortified wall at Tel Lachish.

The professor claims that his find is consistent with the Biblical account of King David unifying two substantial kingdoms in the 10th-century BCE. Detractors claim that the Biblical description is exaggerated and that the historical David was more of a tribal leader ruling over a modest conglomeration of city-states.

"During the Late Bronze Age, Lachish was a very large, grand Canaanite city. Then in the 12th-century B.C.E., it was destroyed, and stood waste for 200 or 250 years,” said Garfinkel. “The big question for research in the city is what happened in Layer 5 [of the early period] of the Iron Age: Is that a fortified city, or a village? If it was a city, when was it built? Some say, in the time of David and Solomon, in the early 10th-century BCE. Others think it was only built in the late 9th-century BCE.”

Traditionalists, also referred to as maximalists, claim the Biblical descriptions of a complex and powerful Davidic Kingdom based in Judea in the 10th-century BCE are accurate. Critics of the Biblical account referred to as the minimalist school,  say that King David was a much less influential character in history and the Kingdom of Judah only began to extend its rule over the region in the 9th-century BCE. There has never been evidence of Lachish being a fortified city in the time of King David, placing doubt on the Biblical account.
Garfinkel’s discovery of a wall and his ability to date the find is the first evidence of a city similar to the Biblical description of Lachish.
“We looked in three places, and ultimately, in the northern section, we found a wall between Layer 6 and Layer 4. Later the excavators reached a floor that stretches to the wall, which could be dated using olive pits found beneath the floors. Samples of the pits were sent to the particle accelerator at Oxford, which ruled that the wall had been built around 920 B.C.E., which was exactly the rule of Rehoboam, son of Solomon and grandson of David.”
“We have discovered that Lachish was a fortified city and that it was established around the year 920 B.C.E.,” Garfinkel concluded.


Carbon dating confirmed that the wall was built in the 10th-century BCE.
Garfinkel has long been an advocate of the traditionalist interpretation. After excavating an ancient fort in Khirbet Qeiyafa in the Elah Valley (near the assumed site of the Biblical stand-off between David and Goliath), he concluded that the city was a complex and large regional center in the 10th-century BCE, indicating that David’s kingdom extended at least that far.
His finds are challenging to minimalists who claim that the kingdom arose quite suddenly.
“I say it was a gradual process, and now I can see it,” Garfinkel insists.
Tel Aviv University’s Prof. Nadav Na’aman, however, is not convinced.
“The assumption that by the end of the 10th-century B.C.E., Lachish belonged to Judah relies on the interpretation of Qeiyafa,” Na’aman said to Haaretz. “I claim that Qeiyafa is a local Canaanite site and had nothing whatsoever to do with Judah and Jerusalem.”
Na’aman believes that both Qeiyafa and the 10th-century wall at Lachish were built by the Philistine king ruling from Gath or some other figure.
“In the 10th-century BCE, Judah was still very peripheral, and very weak. It only began to gain strength in the 9th-century BCE,” Na’aman told Haaretz.
Located in the wide and fertile coastal plain between Mount Hebron and the Mediterranean coast, Lachish was second in importance among the ancient Judean cities only to Jerusalem. The Israelites began building up the city in the Early Iron Age during the 10th and 9th centuries BCE – at the time that they settled there.
Lachish was the foremost among several fortified cities and strongholds guarding the valleys that lead up to Jerusalem and the interior of the country against enemies which usually approached from the coast. The city was destroyed in 587 BCE and the residents were exiled as part of the Babylonian captivity. According to the prophet Jeremiah, Lachish and Azekah were the last two Judean cities to fall before the conquest of Jerusalem. 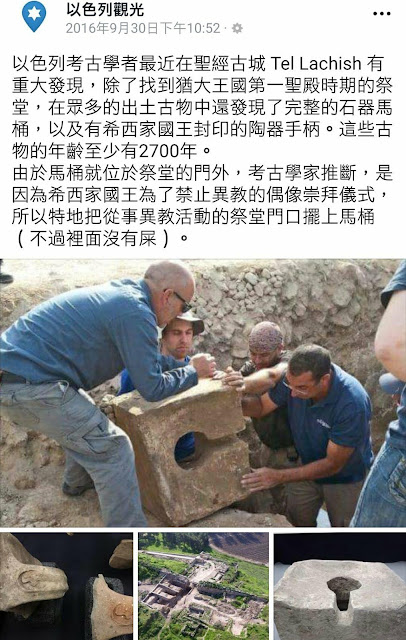