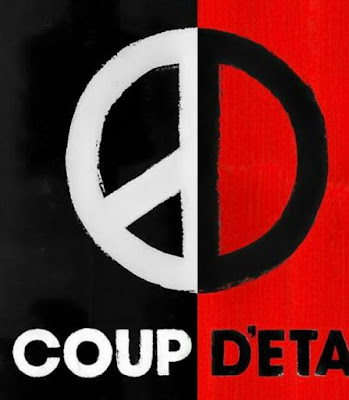 Marlyn Rupar first brought to my attention the fact that there is an organization, along with partner universities that have compromised the academic integrity of the America's post-secondary system. Marilyn provided much of the information that follows in which it is alleged that the following is taking place inside many of nation's most prestigious universities in order to promote an overthrow of American culture and politics. I have had one source confirm that the following group is also tied into the Justice Democrats. We allege that the following is taking place.
Fake degrees, in a diploma mill format are being offered to the following people:
The illegal aliens who get to "possess" these advance degrees and they move into positions of prominence, thus spreading their ultra liberal influence into the power structures of our society. It is an illegal and unwarranted influence, but these people will never be deported. Activist, Virginia Farver, told me in a recent interview, that Ft. Collins is constantly getting new people for administrative appointments who are young and incredibly incompetent. They are often recycled between Austin and Santa Cruz, other Agenda 21 strongholds.
The most disturbing aspect of these fake programs is twofold:
1. The leftists have succeeded in getting prestigious colleges to sacrifice their academic integrity. Although, this does explain the social justice warrior mentality in many of our colleges today.
2. How do people know what they are voting for in local elections? If someone is trained to act Republican but vote liberal, how can the average person know they are being deceived? The tragic answer is that they cannot know.

There are several prominent members of this most unholy and shameful organization. Here is the original list.

Funding Provided for the Diploma Mills

The funding partners (1) for this infiltration and takeover of academia in America consist of the following:
Bill and Melinda Gates? What could go wrong. Everybody roll up their sleeves, here come the mandatory vaccinations.

It's called the Conversation (2)website. It is a collection of papers specific to each of the countries listed below and it is related to the subject at hand.

They have a daily paper for each of these countries:
The Conversation publishes their views (3) on higher education, politics, the Trump Administration, etc. It is an eye-opening experience. It is globalism on full display and this is who is educating our kids.

In concluding the exposure of this group, it is important to highlight an example of the takeover of local politics, with a concrete example.
From Freedom Outpost (4):

In the case of Lee County Sheriff Carmine Marceno, he was appointed last year by then Governor Rick Scott at the request of former Lee County Sheriff Mike Scott.  This coming year will be Marceno's first election...
This is why things like perpetrating a fraud on the people of Lee County by telling them he is on track to receive a bachelor's degree in criminal justice when he barely went to Florida Gulf Coast University for three months is nothing more than an attempt to boost his stature in the public eye..