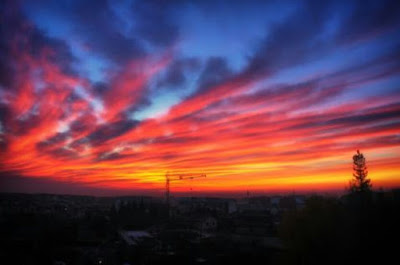 Before launching into Part II of this series, I wanted to answer the critics who state that there is no censorship with regard to The Common Sense Show and the country of New Zealand. Historically, and according to my analytic data, New Zealand has occupied fifth place on the list of countries where citizens are visiting The Common Sense Show. As of 6AM, Pacific, there are presently 347 people currently on the website at the precise moment that I am writing this. There are 43 people from Russia (I better watch out for Mueller) and there are 41 people from Communist China. Presently, there is not one person from the country of New Zealand that is on my site. New Zealand, with their new-found totalitarian censorship policies that rival Communist China, have left the west and are behaving as a Middle East country with extreme radical views and compromised leaders.

Continuing Conversations with DEA and an Unnamed Alphabet Soup Agency

Over the past 72 hours I have had several conversations with two high-ranking officials from America’s alphabet soup agencies. The two men do not know each other. Yet, their stories coincide in content and timing.
The mainstream media did not get right, they never get it right, if it does not fit into their globalist agenda. This article expands upon the sensitive information released in Part One of this series (1).

The troops that were captured by the Mexican National Guard, now under the control of the United Nations were not National Guard Members as previously reported in the mainstream media. They were special operations forces who were suddenly outgunned and outmaneuvered. There is not a border-related personnel that I have spoken with, regardless of agency that I have spoken with who does not believe that these two captured individuals were not targeted as a distinctive show of force.
As reported, in yesterday’s article, it was revealed that the cartels are using sophisticated drones that can penetrate American GPS systems and actually see real time images of LEA’s. The seizure of these two special operations officers is being viewed as a real-time demonstration of power. The move is designed to intimidate. Now, as far as the technology, the Americans have equal and superior technology. However, as I am told, the Deep State Obama-holdovers who are often supervisors in these agencies, will not budget for the advanced equipment, thus leaving American LEA personnel in a highly vulnerable position. If this is not a case for treason against these Deep State minions, I do not know what would constitute such an action. We have traitors in our midst and they are serving in supervisory roles in the various alphabet soup agencies.

Both agents revealed in different ways, that 20 Congolese were, at one time, being detained for Ebola.
One confidential informant agent (previously referred to as AG), revealed that three detainees tested positive for Ebola. However, nobody knows where the three individuals are. The seemingly have just been released into the night thus endangering any population group that they come into contact with.
The DEA agent received a general memo detailing cartel activity and in something this agent has never seen before, the three Ebola positive detainees were reported missing and the information strangely accompanied the cartel report. Somebody, within the DEA wanted this information leaked because of the danger posed to the public.
In a seemingly unrelated article, Mike Adams posed the question on his website as to whether the Deep State is planning a fake pandemic outbreak. This was the exact same conclusion reached by the DEA agent.
I have previously covered the existence of HHS/UN plans for fake medical quarantine camps (ie FEMA camps). In these camps, arising from an Obama Executive Order, none of the 17 participating agencies have anything to do with medical intervention at any level. They are FEMA camps. And given the fact that the UN has taken over the training of the Mexican National Guard, we should presume that all of these events are related and the Mexicans will serve as the camp guards as per FM 39.4. The details for this plot are laid out in this CSS Article (2).

Since I published Part One of this series, my phones have blown up with confirming information from a variety of sources. I am in the process of fact-checking and there will be a Part Three as well.
Part one also attracted the attention of Steve Quayle. We briefly spoke yesterday and decided to set aside two hours for an interview this coming Sunday as we will compare notes on these critical issues connected to border security.