撐住你們自己: 一項163%的肉稅可能臨到
Brace Yourselves: A 163% Meat Tax Could Be Coming 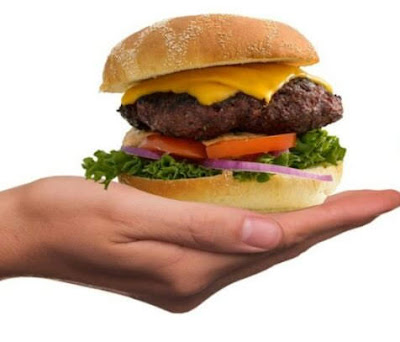 How would you like to pay a 163% meat tax every time you want a steak or a burger? What about when you want some bacon with breakfast, or when you’re craving a ham sandwich?

After much talk, economists and so-called health experts have finally decided what’s best for society: no steak for you!

Do you think you and your family deserve an extra tax for having a steak every now and then? Well, brace yourselves…because social taxes are what’s for dinner.

Remember when smoking was the only socially engineered target of government health nannies? Then fat, then sugar, then caffeine and now even soda.

The American public has been encouraged to gorge themselves on decadent, calorie-rich food for decades. Now people are being watched with microscopes and being shamed for doing just that. Or rather, for enjoying themselves occasionally because who can even afford steaks now? After all, you are responsible for other people’s healthcare costs.

It looks like the “experts” have finally figured out a way to remove your steak right out from under your forks. By inflicting yet another sin tax on the individual and making lifestyle choices more akin to the austere, Big Brother commands in pure Orwellian 1984 style.

Are you ready to get ascetic?

I didn’t think so!

Why a Meat Tax?

A study published this month states:

Based on the broad correlation that meat equals death, they calculated “optimal” tax levels to curb meat buying or rather, offset soaring healthcare costs that are caused by the Big Pharma/insurance racket. 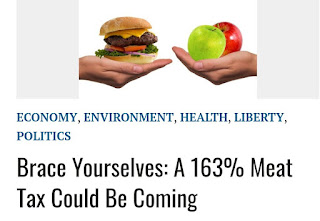