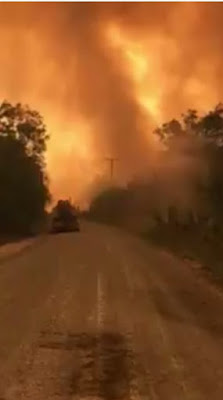 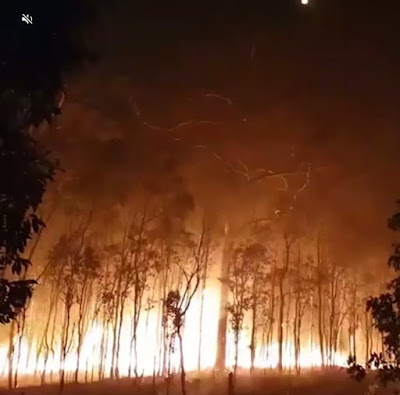 A "catastrophic" bushfire is bearing down on a town in Australia – and firemen have told residents that it is too late to evacuate.

As the 80 hectare inferno races towards Tinnanbar, a small fishing village in south-east Queensland, emergency crews have been forced to fall back as the out-of-control blaze bears down upon the rural town of 123 people. 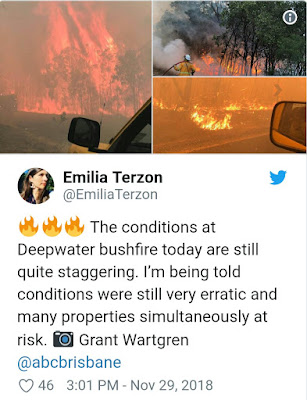 “The fire poses a threat to all lives directly in its path. Fire crews may not be able to protect your property. You should not expect a firefighter at your door: act now. Power, water, and mobile phone service may be lost.”

Emergency services have warned that those who have remained will be affected by thick smoke and embers. As the fire approaches the town, it will become difficult for residents to see, hear and breathe and those trapped will experience intense heat, darkness, and loud noise.

Queensland remains in the grip of bushfires ravaging a large chunk of the state, and thanks to more intense weather conditions on the horizon, there is little relief in sight for the next five days.

Although over 130 blazes are raging as of Thursday afternoon, no lives have been lost. The majority of the 10,000 people evacuated were allowed to return to their homes on Thursday. 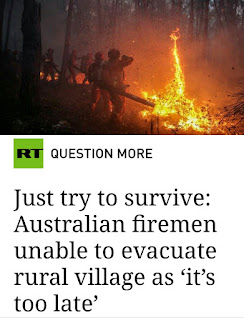