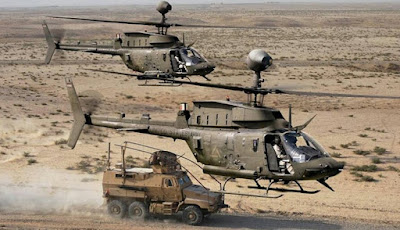 Although the United States government routinely denies that it in any way cooperates with ISIS, reports continue to manifest themselves demonstrating exactly the opposite, particularly in Syria. Over the course of the war and ever since the emergence of the terrorist organization on the world scene, there have been a number of “mysterious helicopters” that extract ISIS fighters from battlefields in which they are facing imminent defeat either by the legitimate government of the countries in which they are fighting, pro-government militias, or even ahead of “anti-ISIS” strikes by the alleged “anti-ISIS coalition.”

While not attempting to go in to a detailed explanation or analysis of each incident, below are a number of reports of such “airlifts of evil” that have surfaced over the last two years. The Pentagon, as mentioned above, has repeatedly denied these reports.

November 10-11, 2018 – SANA reported that a US-led aircraft landed in Deir ez-Zour Province, near the outskirts of al-Susah, taking away three ISIS members.

October 7, 2018 – SANA quoted residents of the town al-Shaafah, who reported that American helicopters had evacuated ISIS commanders from Abu Kamal in Deir ez-Zour province. There was no word as to where the fighters were taken.

September 22, 2018 – SANA reported that the US-led coalition carried out an “air landing operation” on the outskirts of al-Mrashde village, which was located in the same area where ISIS militants had spread out. This area is in the southeastern countryside of Deir ez-Zor. The report claimed that the flights transferred a number of ISIS commanders.

August 23, 2018 – TASS reported that Russia had recorded mysterious helicopter flights to ISIS units in Afghanistan which transported weapons to the militants.

“We would like to once again point to the flights of unidentified helicopters in northern Afghanistan, which deliver weapons and ammunition to local ISIL units and Taliban members cooperating with the group. In particular, the Afghan media and local residents say that such helicopters were seen in the Sar-e Pol Province,” Russian Foreign Ministry Spokeswoman Maria Zakharova said.

March 19, 2018 – SANA cited an anonymous source who claimed that three US military helicopters evacuated suspected ISIS commanders from areas in Northeastern Syria. It was reported that the helicopters landed between al-Jissi and Kalu, 2 km south of the township of Tal Hamis in the Qamlishi District of al-Hasakah Province.

February, 2018 – Syrian state media reported the transportation of ISIS commanders and their family members to Sabah al-Khair by US helicopters. Sabah al-Khair is about 20km south of al-Hasakah, where all signs point to the US operating a terrorist training base there.

December 29, 2017 – SANA reported that US helicopters evacuated ISIS commanders from the Deir ez-Zour province to the al-Hasakah province in northeastern Syria. Sources report that this is the second time that the US evacuated ISIS fighters.

May, 2017 – Anonymous local Syrian sources revealed that US military helicopters had evacuated ISIS commanders from their previous stronghold in Raqqa and taking them to an “undisclosed location.”

May 2017 – Governor of Afghanistan’s northern Sar-e Pol province, Mohammad Zahir Wahdat, claimed that the unmarked military helicopters had touched down briefly in a known militant stronghold area. Because it happened at night, Afghan security forces were unable to take pictures.

January, 2015 – Although the majority of these reports took place in 2018-2017, we cannot forget reports that emerged earlier such as the one in January, 2015 where Iraqi Member of Parliament Majid al-Gharawi stated that all information available “pointed out that US planes are supplying ISIL organization, not only in Salahuddin province, but also other provinces,” according to Iraq TradeLink.

He also stated that the United States is “not serious in fighting against the ISIL organization, because they have the technological power to determine the presence of ISIL gunmen and destroy them in one month [but have not done so].”

Gharawi suggested that the “the US is trying to expand the time of the war against the ISIL to get guarantees from the Iraqi government to have its bases in Mosul and Anbar provinces.”

It is important to mention that, according to FARS News, the Iraqi Parliamentary Security and Defense Commission revealed that a US plane did indeed supply ISIS with arms and ammunition in the Salahuddin province in Iraq, yet that revelation has received little to no coverage in the West.

In late December, 2014, yet another Iraqi lawmaker, Nahlah al-Hababi, questioned the motives and commitment of the US and its anti-ISIL coalition and claimed that the terrorist groups are actually receiving a large amount of aid dropped by unidentified aircraft.

Hababi is quoted by FARS News Agency as stating “The international coalition is not serious about air strikes on ISIL terrorists and is even seeking to take out the popular Basij (voluntary) forces from the battlefield against the Takfiris so that the problem with ISIL remains unsolved in the near future.”

“Basij” is a term that largely means “volunteer” as in volunteer forces.

She also was quoted as saying that “The ISIL terrorists are still receiving aids from unidentified fighter jets in Iraq and Syria.”

FARS also quotes Hababi as pointing out that the airstrikes launched by NATO are only launched in areas where Kurdish Peshmerga forces are fighting, while such strikes launched in other areas are “not so precise.” The suggestion, of course, is that the “coalition” has a vested interest in supporting the Kurdish forces while, at the same time, supporting ISIS in the process of weakening Syria’s Assad, Iraqi nationalism, and presumably, Iranian influence. Clearly, Hababi is not far off from the reality of the situation. 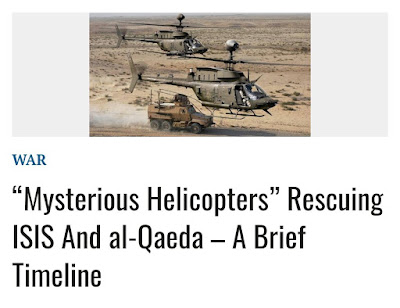