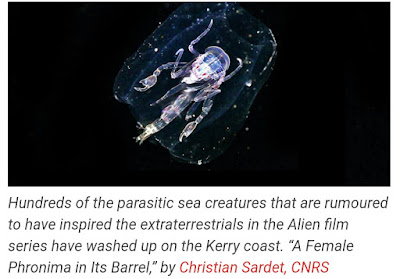 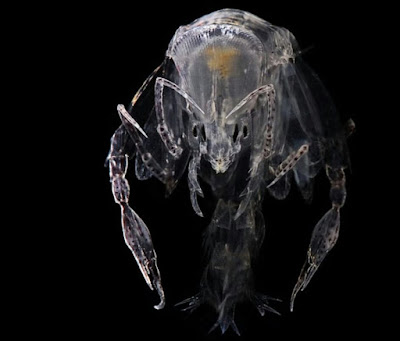 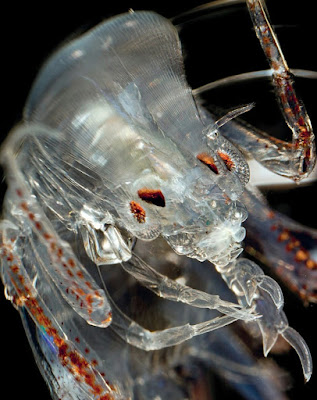 In the darkness of the deep sea, the tiny crustacean Phronima lurks. Phronima are terrifying: they kill plankton, eat their insides and ride around the ocean in the planktons’ cold, dead husks. Later, after Phronima lay their eggs in these husks, their babies come bursting out of their victims’ bodies to begin the cycle anew. They’re not exactly friendly looking, either. And, in both their predatory life-cycle and their appearance, they bear an uncanny similarity to the alien queen in the 1986 movie Aliens. Recently, hundreds of them washed up on a beach in Ireland. Very rare!

A string of the eerie-looking parasites called Phronima – which bear an uncanny resemblance to the alien queen in the iconic movies – have been found on Ventry Beach outside Dingle. The creatures – which eat barrel jellyfish from the inside out and ride around in their corpse – are an extremely rare find in Ireland.

Parasitologist Katie O’Dwyer explores in more detail the lives of Phronima parasites. In 2011, a Phronima washed up on the coast in Ireland where O’Dwyer was working. Writing about the find, the Kerryman, a local newspaper, remarked:

There is an interesting anecdote which claims that the Phronima served as the inspiration for the alien queen, Xenomorph Regina, immortalised in the works of artist HR Giger and first seen on the bigscreen in James Cameron’s, ‘Alien’ movie – which has gone on to become one of the most successful sci-fi franchises in movie history. 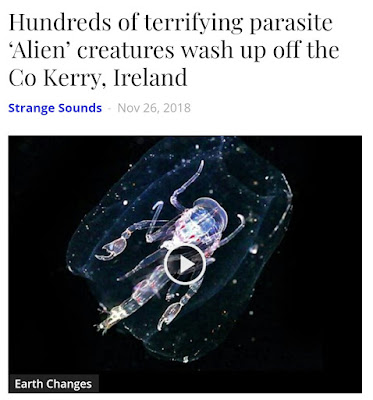 No jellyfish... good new to fish-men